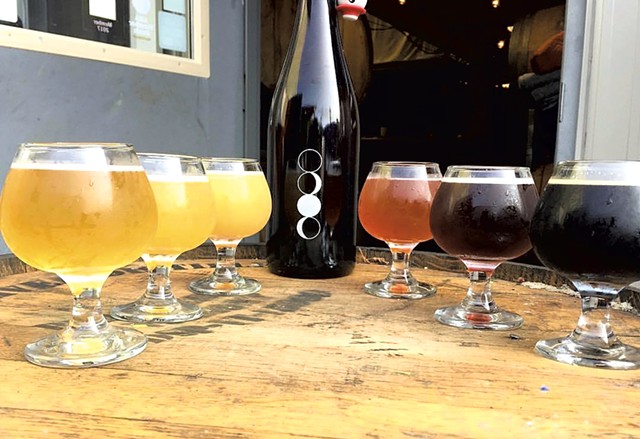 Four Quarters Brewing is embarking on an expansion that will increase production at the brewery at 150 West Canal Street in Winooski, and it's adding canning and bottling lines.

The only brewery in the Onion City, Four Quarters opened in March 2014 and has produced 400 barrels of beer since, said owner and brewmaster Brian Eckert. A new brewing system and additional space will allow Four Quarters to increase production to about 1,000 barrels of beer within a year and, eventually, to 3,000 barrels per year. "This is what we need to be doing," Eckert said. "Scaling batch sizes up."

Four Quarters will take over three garage bays that adjoin the brewery, space that was previously occupied by a motorcycle shop and a glassblowing studio, Eckert said. The small taproom will remain where it is but will expand as aspects of production move into the new space.

Also on tap for Four Quarters is a new head brewer: Tim Jacob, currently a brewer at 14th Star Brewing in St. Albans. Jacobs, who lives in Winooski and previously worked at Magic Hat Brewing in South Burlington, said in an email that he is looking forward to his new commute.

Four Quarters will start canning and bottling by the end of the year and possibly the end of the month, Eckert said. The brewery will can IPAs and bottle specialty beers while maintaining its focus on sours.

Eckert noted that he plans to expand taproom hours from the current weekend schedule of Friday evening, Saturday noon to 9 p.m. and Sunday afternoon. Also on his wish list for the taproom are food offerings such as charcuterie and cheese plates, he said.

The original print version of this article was headlined "More Quarters"