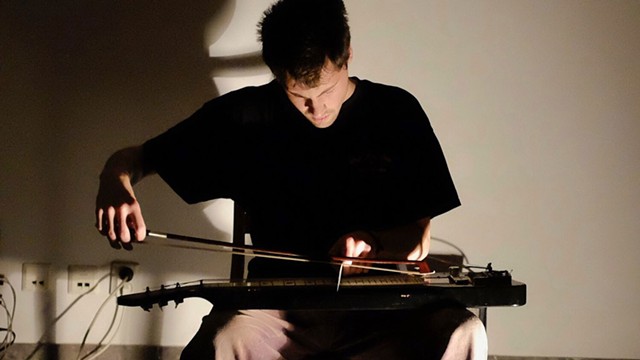 Vermont's music community is vast compared to the state's small population. It's also eclectic. That means Seven Days never runs out of interesting albums to review. In fact, we get more submissions than we know what to do with.

This has never been truer than now. One of the only positive things to come out of the pandemic has been a surge of creativity from homebound artists of all disciplines. Musicians have been particularly busy — including formerly local bands and artists.

Though our focus tends to be hyper-local, once in a while we like to check up on some of our expatriated musicians — especially after a year like the one we just weathered. Read on for quick hits on four recently released albums from folks who used to call the Green Mountains home.

Sonic sculptor Henry Birdsey issues a challenge to listeners with his new album, Half-Dragged. Be warned: Half-Dragged is not an easy listen. But those with inquiring minds are likely to be sucked into the four soundscapes included in this 40-minute exploration.

Birdsey, a Ripton native now based in Connecticut, is the protégé of Kyle Gann, a New York City composer whose work is often classified as microtonal. Essentially, artists like Birdsey and Gann fixate on tunings — or rather, the spaces between what's been established and venerated in Western tonality. That's why Birdsey is referred to above as a sonic sculptor: He carves and shapes sound in palpable ways.

Atonality and discord seem to be of great interest to the artist. Opener "HD - [1]," a nearly 12-minute drone, roils with tension and foreboding. Feedback and a grinding, metallic noise populate the equally monstrous "HD - [2]," while "HD - [3]" delves into spiked, tactile acoustic manipulations. Closer "HD - [4]" leans heavily into bass sounds, like a bow being dragged across a cello at a fraction of its normal speed.

By giving his songs perfunctory, nondescript titles, Birdsey does little to manipulate the expectations of listeners. People will hear what they hear and make associations based on their own experiences. And that's what the most stimulating art does.

Listen to Half-Dragged at henrybirdsey.bandcamp.com. 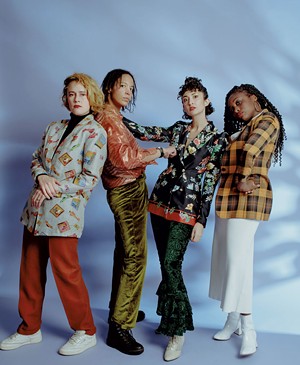 Indie-dance band Rubblebucket were quite the Burlington party monsters when they were on the local scene in the aughts and early teens. After relocating to New York City several years ago, creative masterminds Alex Toth and Kalmia Traver each began to pursue their own solo projects. Toth became the wry singer-songwriter Tth, while Traver delved into playful electro-pop with her band, Kalbells.

The word "playful" might be overused in music writing, but it's one of the most apt descriptors of Kalbells' canon, including the newly released Max Heart. Just in the first few moments of opener "Red Marker," a song whose title instantly evokes childhood art projects, Traver whisper-sings a skewed nursery rhyme: "One two three four / Why do we have to go to war? / Five four three / I feel peace when I'm free."

One of Kalbells' strongest qualities is the ability to pair childlike exuberance with thought-provoking lyrics. Play is a foundational element in childhood, providing a mechanism for kids to learn about the world and themselves. Kalbells never stopped playing, which can be heard in the group's whimsy and experimentation.

Brooklyn rapper Miss Eaves' guest spot on the empowering "Pickles" is an album highlight. Her bars are unambiguously affirming: "So mad you can't have this juicy pickle back / I'm a meal not a snack / Let your lips smack."

Listen to Max Heart at kalbells.bandcamp.com.

Ben Cosgrove, The Trouble With Wilderness 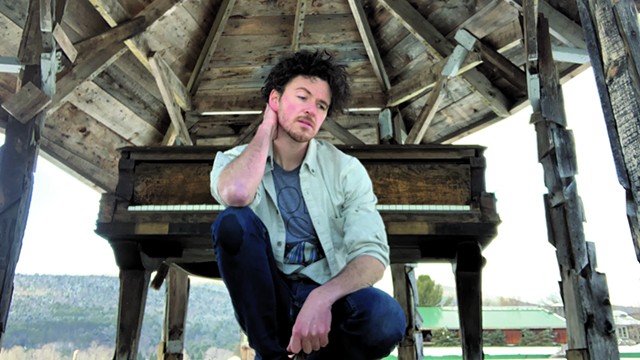 Composer Ben Cosgrove makes music that begs the listener to stop, drop and recollect. His neoclassical, instrumental compositions are immediately evocative and fully arresting. His work brims with technical mastery and emotional capital, evident in the recently released The Trouble With Wilderness.

Technically Boston-based, Cosgrove is a wanderer through and through. That was true even when he was in Vermont, and a nomadic spirit runs through his music. His work sounds expansive, a sonic equivalent of vistas seen from mountaintops.

Cosgrove is no stranger to nature; he's performed in national parks all over the country. But for the new album, he wanted to find similar depth and beauty in everyday locations, "not just places 'set aside' for their scenic attributes," as he states in a press release previewing the album.

In addition to Cosgrove's primary instrument, the piano, he outfits his compositions with a host of synthesizers and organs, accordion and stringed instruments. He lightly envelops his piano work with atmospheric resonance, such that the additional instrumentation creates a glowing aura of sound.

Though stylistically sleek and modern, The Trouble With Wilderness incorporates flourishes of jazz, as in opener "The Machine in the Garden," while hints of Appalachian folk dot the textured "Cairn."

Listen to The Trouble With Wilderness at bencosgrove.bandcamp.com.

The Cush, Riders in the Stardust Gold 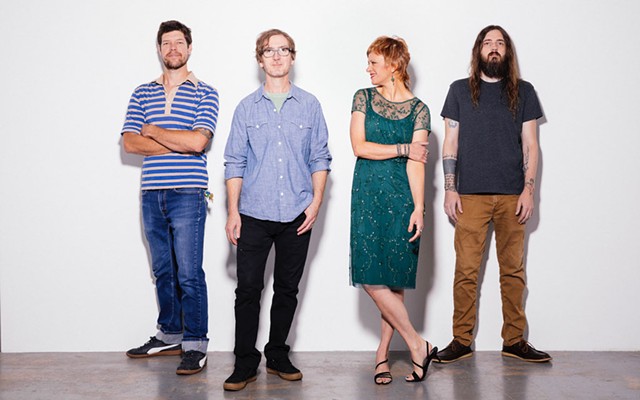 Based in their home state of Texas since 2010, husband-and-wife duo Burette and Gabrielle Douglas operated their group, the Cush, in Burlington for a decade during the aughts. Their newest LP, Riders in the Stardust Gold, is their first to be released via Mad Bunny Records, an imprint founded by singer-songwriter Ben Harper.

After nearly 20 years of playing music together, the Cush are more locked in and cohesive than ever. Riders in the Stardust Gold is a six-track collection of astral, shoegaze-tinged rock with a chewy Americana core. Its album art is a pastiche of Victorian-era and 1960s pop-art styles, subtly implying that time is meaningless and that history always repeats.

The band doubles down on this notion through a sparse description of the album found on its website: "'Haters,' 'Beneath the Lines,' 'Chariots of Smog,' 'Ajna Returns,' 'Fly,' and 'Daydream Beach' each take you on a journey to be returned with a new state of being before going into the stardust again." Note the word "again" at the end of the sentence. This has all happened before...

Gabrielle's vocals are subdued and serene on the opening track, "Haters." A percussion-laden backdrop, tempered with heavy reverb, creates an ornate tapestry for the singer's wispy words.

The spaciousness and sultry atmosphere introduced in the first song continue throughout. "Chariots of Smog" centers fat, grungy electric guitars and jingle bell spangles. Things get intensely psychedelic on the following cut, "Ajna Returns," its gnarly riffs spiraling like distant galaxies. "Daydream Beach" erects a blaring, sizzling wall of guitars, explosive as fireworks. The song closes the album with passion and fury.

Listen to Riders in the Stardust Gold on all major streaming services.