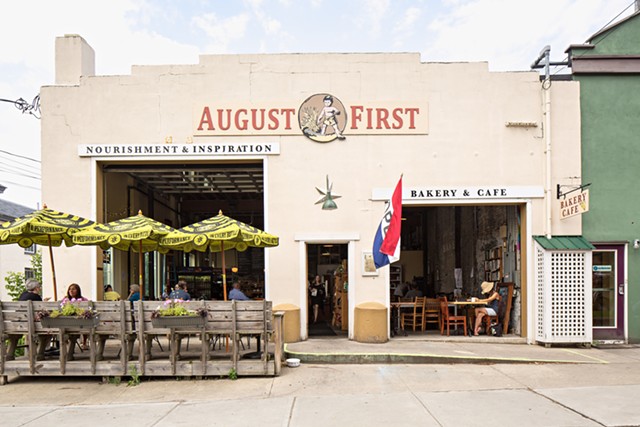 Jodi Whalen, co-founder of August First Bakery & Café, confirmed that she and her husband, Phil Merrick, sold their Burlington business on February 15 to chef Frank Pace and his wife Marnie Long of Great Northern Catering.

Whalen and Merrick opened August First at 149 South Champlain Street in 2009 and expanded the bakery’s production space into the neighboring building at 61 Main Street in early 2016. It has become a popular downtown breakfast and lunch destination known for breakfast sandwiches, pastries including maple biscuits, and sandwiches on fresh, house-baked breads.

The café is also known for being a laptop-free zone, which generated national media coverage when the couple set the policy in 2014. 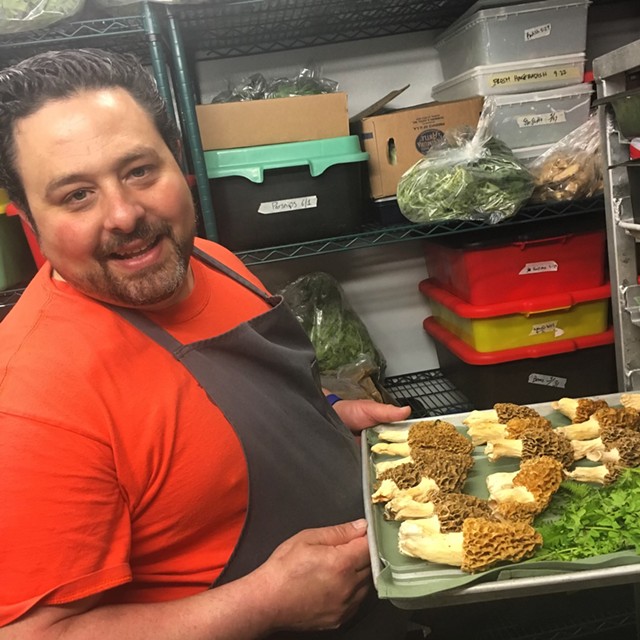 Third Place, Inc., the Burlington-based food and beverage company behind American Flatbread Burlington Hearth and an investor in Great Northern, facilitated the August First deal for an undisclosed amount. Since its 2004 founding, Third Place has invested in local businesses including the Farmhouse Group, Zero Gravity Craft Brewery and Monarch & the Milkweed.

Whalen said she and Merrick started to think about selling the business right before the pandemic and have been discussing a deal with Pace and Third Place for about a year. Their goal was to find new owners who would take over the bakery and “honor what it’s all about,” she said.

She and Merrick are “thrilled” to hand the reins to Pace and Long, for whom she said they have a lot of respect. Pace “has the vision to grow August First in a way that will complement what it is already,” Whalen added.

Pace said that the bakery and café balance Great Northern’s existing business. August First “has such a great name,” Pace said. “The food is really wonderful and it fits into our system because it’s breakfast and lunch, and we start at noon at Zero Gravity."

Related Burlington Breakfast Destinations That Can Power Your Day

Burlington Breakfast Destinations That Can Power Your Day
By Jordan Barry, Margaret Grayson, Melissa Pasanen and Sally Pollak
Food + Drink Features
He and Long will operate both businesses with their existing teams, including longtime August First general manager Elizabeth Trostel. They have no plans to make any immediate changes.

“We will keep all of Jodi and Phil’s vision in terms of customer service, staff love and bread love,” Pace said.

Pace was working at August First on Wednesday, Whalen said, the first day under his ownership.

"They're going to see Frank Pace behind the counter," she said of August First customers. "I think a lot of people are going to do a double take."