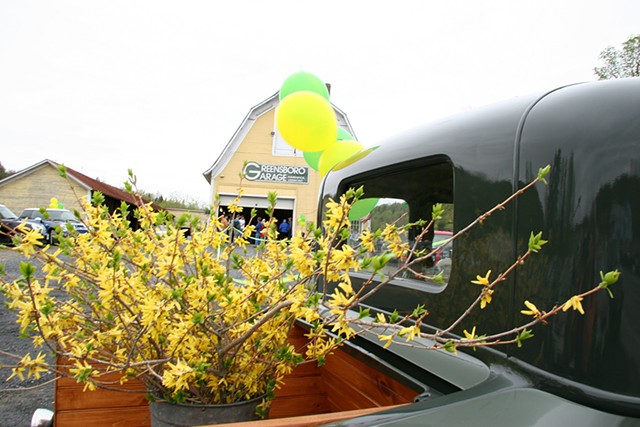 The big yellow building on Route 15 in Hardwick, the former Greensboro Garage, will become a food and agriculture center, thanks to a $250,000 Northern Border Regional Commission grant.

The grant went to the town of Hardwick, which will purchase the building and work with the Center for an Agricultural Economy over the next two years to transform the space, according to Sarah Waring, the center's executive director.

Community discussions about the needs of the region and its local businesses, facilitated by the Vermont Council on Rural Development, had identified the need for a multi-tenant, "place-based" manufacturing center, Waring said.

"For the CAE, this work is critical because we believe that working lands, working people and local food should be a strong part of a place-based economy," Waring wrote in an email. "We know that our businesses as they grow need to be able to find homes that meet the needs for food safety, water, utilities, etc."

In planning the new center, officials are looking at various models in the state, Waring said. These include Vermont Artisan Village in Shelburne, which is home to a handful of food manufacturers and retailers; and Camp Meade in Middlesex, a onetime Civilian Conservation Corps settlement that now hosts Red Hen Baking and Nutty Steph's.

"Ours will probably be heavier on the production side," Waring said. "That fits a little more with the types of needs of local businesses."

The Hardwick grant is one of $2.2 million in grants to 10 recipients recently awarded by the NBRC, a federal-state partnership. U.S. Sen. Patrick Leahy (D-Vt.) and Gov. Phil Scott announced the grants earlier this month in Hardwick.