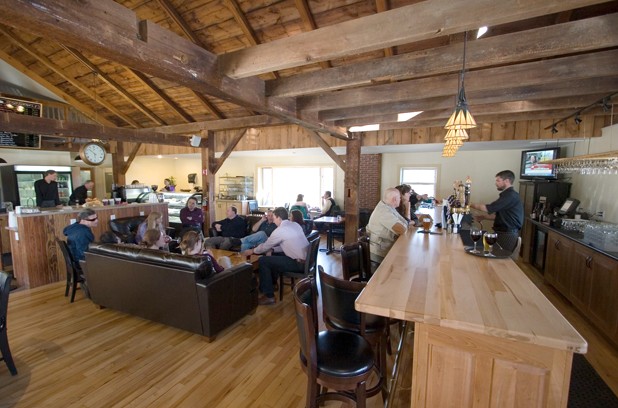 We reported back in September that Kevin Cummings and Chris Dorman of Rosie’s Restaurant in Middlebury would soon take over Jericho’s Fields Restaurant from longtime owner Steve Burke. On November 1, the deal was completed. The space known just last year as the Village Cup and Caroline’s Fine Dining — the two restaurants that merged into Fields in early 2013 — is now Jericho Café & Tavern.

The menu began reflecting the restaurant’s new concept last Thursday. “We’re sticking with seasonality and going with as much locally sourced product as possible and bringing more approachability to the menu,” says chef Jonathan Gilman, a Fields holdover. “We’ve broken down the menu to classics and seasonal specialties.”

The restaurant still starts serving at 7 every morning, as it has since opening more than a decade ago as the Village Cup. Breakfast fare follows a similar template to dinner, with traditional treats including a breakfast sandwich on a house croissant and homemade challah French toast. There’s also a quirky “BLT” omelette, with leeks standing in for the lettuce.

Devotees of the café’s coffee and sweets won’t be left out in the cold. The bakery case remains the same, offering the homemade pies and chocolate mousse that have long kept locals hooked. “We’re making sure we have a consistent supply of what have been the favorites over the last 13 or 14 years,” Gilman says. “We still offer a great bakery case in the morning.”