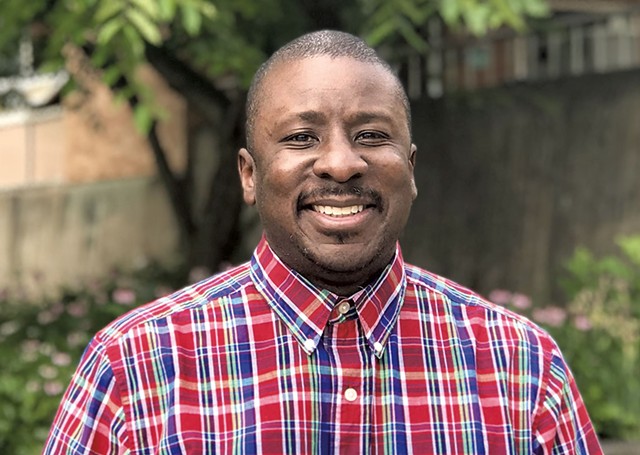 Shortly after Burlington High School interim principal Noel Green suddenly resigned on January 8, both the superintendent and the school board expressed shock about his decision.

In fact, the board wrote in a January 10 statement, Superintendent Tom Flanagan had planned to recommend Green for the permanent principal position at an upcoming board meeting, something school commissioners supported.

Yet last week, Green, who quit without another job lined up, told Seven Days that the board had strung him along for nearly two years, and the trust between the sides had been irrevocably broken. In a district that has emphasized hiring and retaining educators of color, he is the second Black administrator to leave in the last seven months; former superintendent Yaw Obeng departed at the end of June for a job in Kansas City.

"I think the board should look deeply at the question: Are we truly supporting leaders of color to be successful long term?" city Councilor Ali Dieng (I-Ward 7), who works for the district and whose kids attend its schools, wrote in an email to Seven Days.

Green's departure creates a leadership void at a trying time for the high school. Its 970 students have been learning almost entirely remotely since last March, first because of the pandemic, then because the district discovered airborne cancer-causing chemicals that forced the closure of the school.

The district is in the middle of a $3.5 million project to transform the former Macy's department store into a downtown campus. That work is set to wrap up at the end of February, and students will return to some in-person learning there in March.

Green says those issues weren't a factor in his departure. What drove him out were his long-term interim status and the board's unwillingness to meet with him to explain why members rejected recommendations to make his position permanent.

In his resignation email to Flanagan, published last week by the high school newspaper, the Register, Green went even further. "I have spent a significant amount of time being disrespected and not being supported by the board," he wrote. "The job is difficult enough and dealing with an overbearing board and manipulative board-chair makes it almost an impossible job."

Green arrived in the district as a high school assistant principal in 2016 and was named interim principal in 2018. At a school board meeting in March 2019, then-superintendent Obeng recommended Green for the permanent principalship. After a national search, three other finalists had dropped out.

Members of the school board, known as commissioners, talked it over in executive session. When they emerged, they recommended that Obeng offer Green another year as interim principal without providing any public explanation. The board voted 6-3 in favor.

"I was the only remaining candidate but still the one the superintendent picked," Green said.

Clare Wool, the board chair since 2018, said she and her colleagues "regarded having only one candidate as a failed process." She declined to say more, citing personnel issues.

Green said that explanation feels disingenuous to him, since the board didn't object to the search process until it was completed. He recalled participating in a candidate forum for parents the day before the board meeting. As the final remaining candidate, he sat by himself, next to empty chairs, answering a moderator's questions.

"Where at any point did [the board] say that the process was flawed?" Green said. "It was flawed when I ended up being the last one standing, in their perspective."

Afterward, Green said, he reached out "several" times to the school board to get more clarity on members' thinking, without response.

"One of the things I wanted to talk to them about was, 'OK, so you gave no rationale as to why you said no, so what should I aspire to? What are my goals? What should I be doing?' I never got that opportunity," he said.

Despite his dissatisfaction with the board's decision, Green said, he requested that his contract for the interim post be extended from one year to two. The board consented. The guarantee of two years would at least provide some job security, he said. 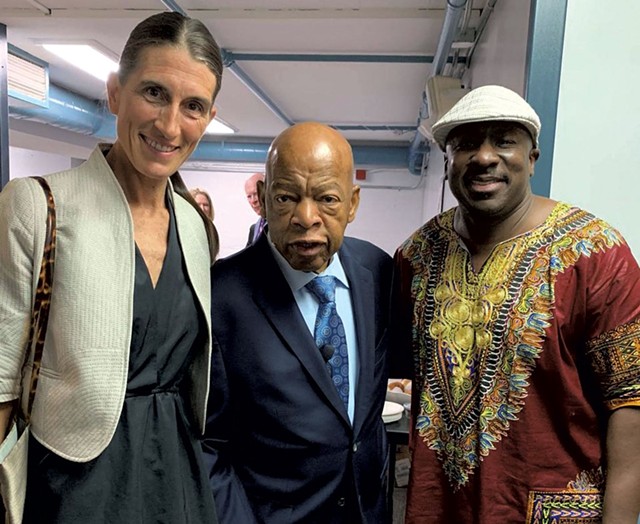 In June 2020, Obeng wrote Green a positive final evaluation and again recommended Green for the permanent principal position. Over the summer, Green said, he again reached out to the school board for a meeting to discuss his status — but was rebuffed.

Wool agreed that Green did contact her about Obeng's recommendation. But the board chair asserted that he never asked for a meeting to discuss his status. And even if he had, she said, the board would have turned it down.

"The board does not evaluate principals," she said. Wool instead pointed Seven Days to an email she sent Green in August on behalf of the board, thanking him for his leadership and pledging its "unwavering support."

Green declined to discuss whether he thought race played a role. But others say the district, where 39 percent of students are nonwhite, has had trouble hiring and retaining administrators and staff of color, something that Superintendent Flanagan has said is a top priority.

Liz Curry, who served as a school commissioner from April 2013 through March 2020, was one of the board members who objected to keeping Green on interim status in 2019. At the time, she referenced "the legacy of certain district constituents of holding people of color to a higher standard that sadly can rarely be met."

Almost all school administrators have problems of one kind or another, Curry said in an interview last week. "The question for me is, as a predominately white community, when building administrators who are white are not exemplary, do we scrutinize them at the same level?" she said. "And in my experience, the answer is no."

After 2018, Curry said, those hiring practices fell by the wayside.

Patrick Brown, executive director of the Greater Burlington Multicultural Resource Center and an adjunct lecturer at the University of Vermont, said the district cannot afford to lose employees of color. It needs "significant help" in areas of diversity, he said, while the school board could use sensitivity training.

"Because I've been involved in this argument in many scenarios in the Burlington area for many years, I am pushing back and saying it's time to stop strategizing and planning," Brown said. "It's time to make good on the word now."

Flanagan said that he's committed to following through. Forming partnerships with local colleges is one way to recruit paraeducators, multilingual liaisons and former students to become teachers, he said.

"Then, we have to make sure that we are a supportive place for people of color," Flanagan said. That means undertaking initiatives such as affinity groups that enable staff of color to have deeper conversations about their experiences, an effort Flanagan said is already under way.

Members of Flanagan's cabinet — composed of 27 district leaders — are also having conversations about how implicit bias, systemic racism and white supremacy can "undermine our colleagues of color and, ultimately, our students of color," he said.

Dieng, who is also running for mayor, said the board "now has the opportunity to show the community that they are ready and able to support and retain teachers and administrators of color who are performing well and doing good work."

"My fate had already been in the hands of the board before.I don't think I was willing to do that again." Noel Green tweet this

But Wool said that it was Green, and not the board, who was ultimately responsible for his departure. A clause in Green's contract specified that he would transition into the permanent principal role if the board didn't object by December 1, 2020. Flanagan told Green the change would happen, according to Wool.

But without direct assurance from the board, Green said, he didn't feel confident that commissioners would approve Flanagan's nomination. "Why would I?" he said. "My fate had already been in the hands of the board before. I don't think I was willing to do that again."

Being turned down a second time would have been "devastating," he said. "Are you kidding me? I couldn't even imagine the stigma."

Wool said that wouldn't have happened; Green's principalship would have been "officially memorialized" at a January 12 school board meeting. "He had the job," she said. "If he wanted the job, he would be here."

"There was never a signal that he was unhappy, and I was in constant dialogue with him," added Wool. Last June, she said, she helped Green carry out graduation ceremonies, spaced out over three days to avoid a large gathering.

Assistant principal Lauren McBride is currently serving as acting principal. The district will conduct a national search for its next principal.

"He had the job. If he wanted the job, he would be here." Clare Wool tweet this

Flanagan said he'll ensure that the process is fair and open. He'll ultimately choose a finalist, who will be subject to board approval.

Wool said she knows there are lessons to be learned from the experience with Green, but she feels troubled and disappointed by how it unfolded.

"We're in the business of education, and working together and collaborating and strength in communication is essential. We model it every day to the future generations," she said.

"It's harmful to say the school board and the chair are disrespectful," she said of Green's comments. "And I would love nothing more than to meet with Noel and really have a professional, human conversation so that I understand where he's coming from."

Green said he's proud of the work of the Burlington High School faculty and staff and the job he did as principal, and he's sorry his tenure is ending this way. "I'm moving on," he said. "I might not get answers. It's probably too late."

He's curious to see how the principal hiring process unfolds. "What happens if there are only two candidates, and one drops out?" he said. "Don't you know — I will be watching closely."