Former Ballerina Wendy Whelan Reinvents Herself as a Modern Dancer 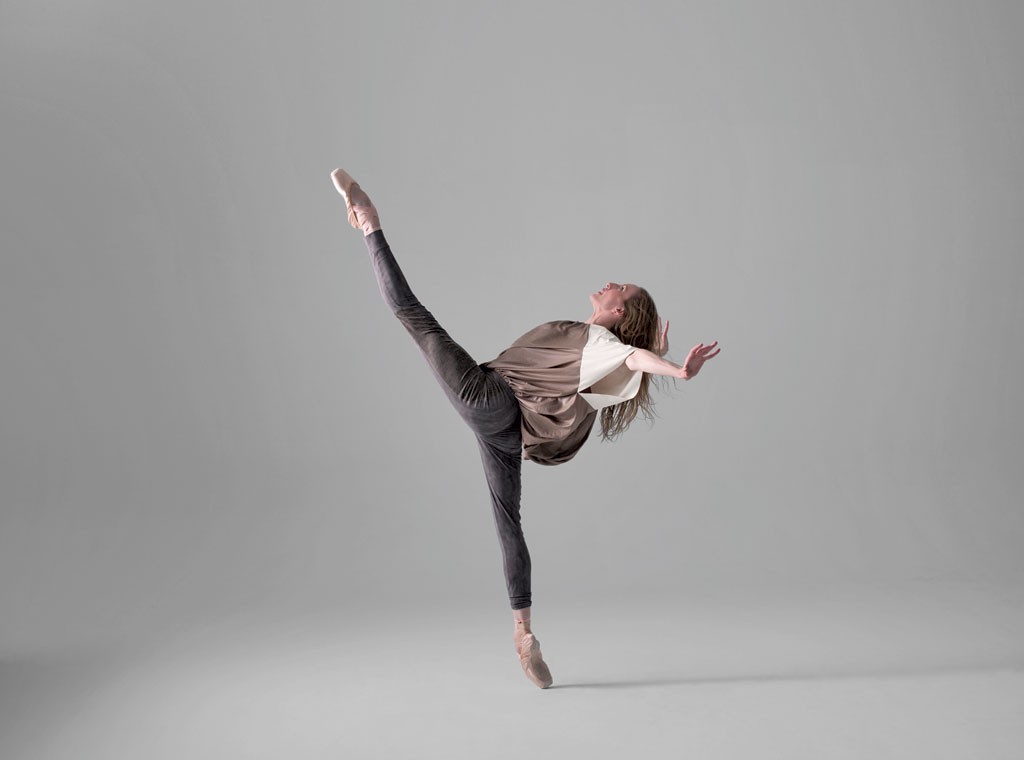 In 2012, the New York Times dubbed Wendy Whelan "America's greatest contemporary ballerina." Last fall she bade farewell to her devoted fans and concluded a three-decade career with the New York City Ballet. But the 47-year-old artist wasn't bowing out of the dance world just yet. For her next act, she aimed to reinvent herself as a modern dancer.

Trading pointe shoes for bare feet, Whelan explains, "I wanted to take the bridge to the next place, and I knew it would entail contemporary or modern dance. I knew it wasn't going to be ballet."

For her inaugural post-retirement project, Whelan handpicked four young male choreographers and tasked each of them with creating a duet for himself and her. The result was a suite of dances titled Restless Creature. The program premiered at Jacob's Pillow Dance Festival in 2013, then took a hiatus while the artist endured reconstructive hip surgery and months of rehabilitation. Now Whelan is back in full swing and touring the East Coast with her fellow dancers. They bring Restless Creature to the Flynn Center for the Performing Arts this Thursday, April 30.

"Not since Baryshnikov thrilled Flynn audiences with his virtuosity and grace in 2004 have we had a chance to witness a ballet superstar beginning the next chapter in their dancing career," writes Flynn executive director and CEO John Killacky in an email. A former dancer himself, Killacky calls Whelan "one of the greatest ballerinas of our lifetime."

Reached by phone on her tour, Whelan chatted with Seven Days about her new adventures in contemporary dance.

SEVEN DAYS: How is retirement from ballet, and what do you miss most about that career?

WENDY WHELAN: I miss my friends. Other than that, I'm really thriving and loving the new life I have right now. I am loving exploring new stuff, a lot of which is teaching. I haven't been a teacher before, really. And I'm loving my new collaborations. I'm challenged by the new stuff, but that's kind of what I wanted.

SD: How is your hip?

WW: My hip is good. I will turn 48 in two weeks. I have a little arthritis in my body, which is expected. So that's really all I'm dealing with right now. My hip surgery was a tremendous success, and now I have to deal with the age part. I got onstage last night and realized I am just really lucky to still be able to do what I do.

SD: You were quoted as saying that Restless Creature is the "stepping stone to your future." How did it all come together?

WW: I met Kyle Abraham and Brian Brooks during a collaborative performance. I had known Kyle and was a huge fan, and then I met Brian and was totally taken with him. I knew I wanted to work with these two. At the same time, I had been taking ballet class with Joshua Beamish without realizing he was an incredibly talented choreographer and contemporary dancer. Then someone introduced me to Alejandro Cerrudo, and I was smitten. I thought he was an incredible fourth part of an evening of unique voices. So those were my four choices. I needed to find choreographers I was drawn to, that I wanted to spend time with, and who were also still performing and willing to perform with me.

SD: What were you looking for in choreographers?

WW: I am not necessarily someone known for my contemporary or modern dance vocabulary, and I didn't want them to cater to me. I wanted to dive into their world. I didn't want them to try and make me look good. I wanted them to challenge me, because this project is about learning and exploring for me. Helping me get across that bridge. I really wanted to transform with this experience.

SD: Are you transforming?

WW: Yes, I was their clay. After 30 years of professional ballet, there are certain things I can't change about my uniqueness, but I was trying to be an open book, so I took the work home, practiced it, and I really struggled with each piece in different ways to develop myself. I started to get a grip and a grasp on the ideas and found myself in them to a degree where the choreographers were pleased.

SD: How does it feel to toss the pointe shoes and dance barefoot?

WW: I was a ballet dancer for so long, and there is a certain amount of being taken care of, and safety — the company sort of protects you. And I protected myself to dance for them. I would never have danced barefoot before because I didn't want to hurt my feet. So now I feel much more freedom to try anything. I have a crazy streak going on now, and I'm just trying to taste everything, whereas before I was on a strict diet of ballet. So I feel like a little kid again, which is fun! It's not easy — there is some uneasiness, but the counter is that it's fun, and I'm free!

SD: How do you know when you've performed well?

WW: I enjoy feeling transformed by a performance. I have had experiences during my ballet career where I would be depressed or nervous, and I would come out from performing and I was happy and relieved. So it sort of takes you into a zone, and it can be meditative.

SD: Of the many roles and characters you've danced and portrayed, which is your favorite?

WW: I've had an incredible amount of new roles made [for] me. And I love all of them. But from the start, there was a role I connected with and fell in love with, and it fit me like a glove. It was a ballet called The Cage. It really was my first foray into modern ballet. It was like, you know, you can make these angles and have this angst and be this other being, and have this ferociousness and find this beauty in this ugliness. It was the first time I could really go for a character with everything I had, and it was a big step for me.

SD: How has your view of modern dance changed over time?

WW: At one time during my career, probably 10 years ago, I was being considered the "modern ballerina," and I was afraid of that title. It upset me. But now I'm kind of thrilled with that title. I think it's really neat. And I'm taking ownership of who I am and not shying away from things anymore.