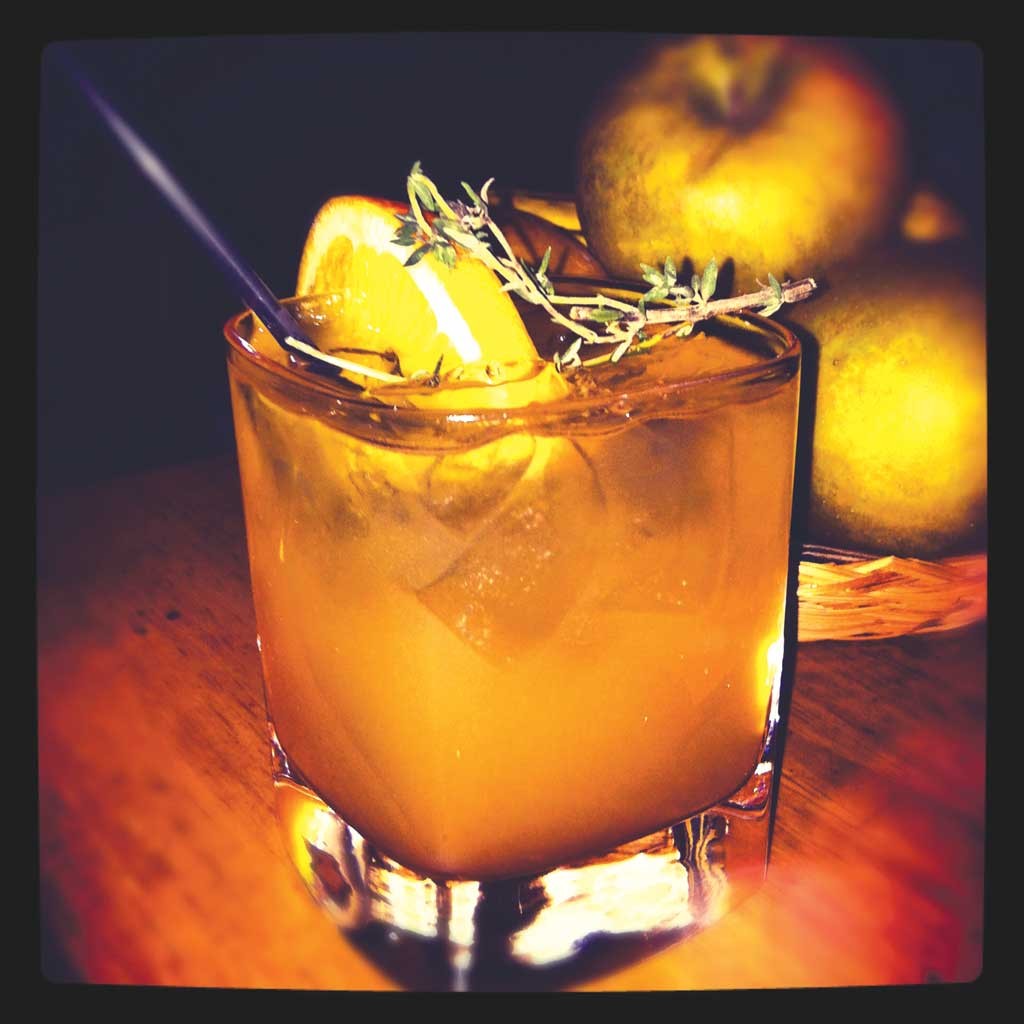 Many a harebrained scheme has been hatched in a bar. It might've seemed brilliant at the time, but that plan you once had for disco-ball streetlights surely belongs in the dustbin of history. A few gems, though, have exceeded their humble, boozy origins to have a pretty major impact. One such idea was the founding of the United States of America.

Turns out that most of the Founding Fathers were buzzed, if not flat-out hammered, when they formulated the ideals they'd use to lay the groundwork for their new country. But, then, they were pretty well buzzed most of the time, anyway — just like nearly everyone else in colonial-era New England. 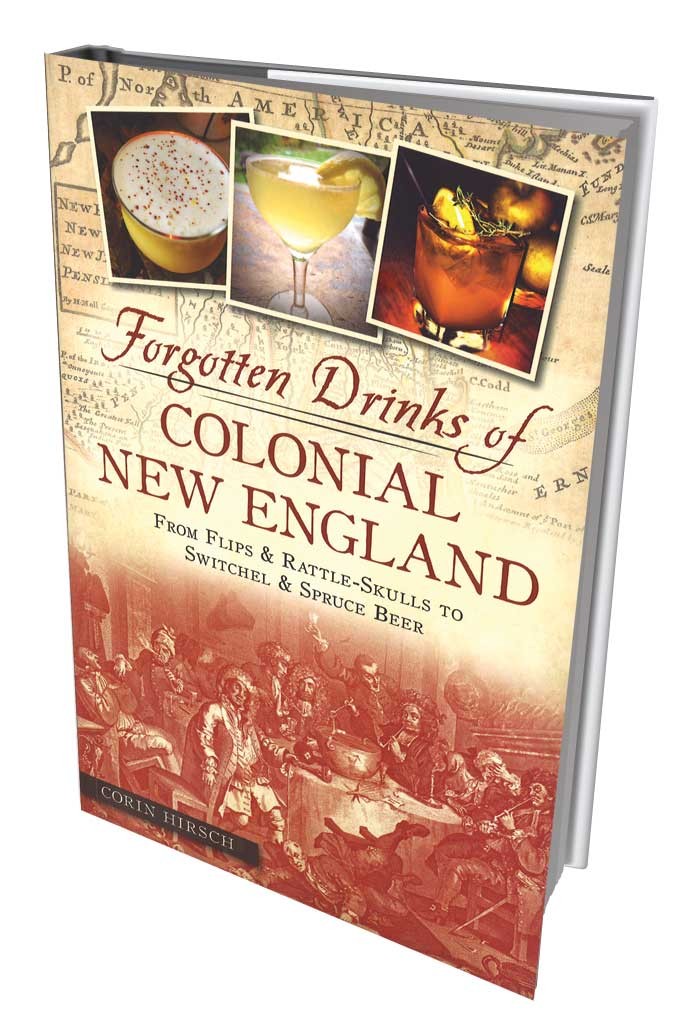 In her new book Forgotten Drinks of Colonial New England: From Flips & Rattle-Skulls to Switchel and Spruce Beer, author Corin Hirsch explores the drinking habits and favored libations that provided the backdrop of our region's social, economic and gustatory culture. Hirsch's name will be familiar to Seven Days readers as one of the paper's food writers; Forgotten Drinks of Colonial New England, published last month by the American Palate imprint of the History Press, is her first book.

While not every colonist was necessarily drunk all the time, Hirsch reveals that attitudes toward alcohol during the era were, in a word, loose. Most colonists began their days with a tankard of hard cider or a shot of bitters. Harvard University, founded in 1636, ran its own brewery and doled out cider and beer to students at every meal. Generals in the Revolutionary War, including George Washington, made sure their troops had a good quaff before battle. Even children drank "small beer," a low-alcohol brew that, presumably, prepared them for the stiffer stuff that lubricated all aspects of colonial life.

"The quantity that people drank was surprising to me," says Hirsch. She cites a startling statistic: By the beginning of the Revolutionary War, every colonist above the age of 15 drank about 3.7 gallons of spirits per year. That's the equivalent of seven shots of liquor per day. "The amount of pure alcohol they were drinking was staggering," she says.

But, like a good historian, Hirsch is quick to contextualize such facts. "Life expectancy was a lot lower then," she notes, "and life was pretty hard. So you can't judge anyone."

Indeed, though the temperance movement in this country is usually associated with the 19th and early 20th centuries, we're still living under its influence, as it were. The colonial attitude toward alcohol was so fundamentally different from the modern one as to seem downright foreign. As Hirsch says, "Taverns were mandated in many towns in Massachusetts and Connecticut in the 1600s. A new settlement needed a tavern, [since] it was the center of community."

The origins of that 180-degree difference in perspective on drinking initially piqued Hirsch's interest in her subject. "New England can seem like quite a puritanical place to live," she says, "but people are more temperate here than they are everywhere else." It's not New England that's usually associated with binge drinking, she points out, suggesting that perhaps this region has a more sensible approach to drinking than others.

Forgotten Drinks of Colonial New England is spiced with plenty of recipes, an inclusion that enlivens and bolsters its historical argument. Hirsch offers instructions for making such colonial draughts as the Rattle-Skull (a potent combination of seasoned porter, rum, brandy and sherry); Calibogus (a mix of dark rum and spruce beer) and a variety of drinks called flips.

These last have become particular favorites of Hirsch's; she calls the flip a "smooth, warming drink," surely the reason that it appeared on the menu at every tavern in colonial New England. Though its ingredients varied, a flip usually combined ale, rum, spices, cream and egg whites, and was whipped into a dramatic froth by the insertion of a red-hot poker in the flagon that held it. (Now, when given a mixological assignment by friends, Hirsch loves adding egg whites to cocktails. "It adds a silkiness to a drink," she says.)

With research and sometimes-unpleasant experimentation, Hirsch updated many historical drink recipes for the modern palate. In so doing, she found herself impressed by the simplicity and straightforwardness of some of the nearly forgotten beverages, even if some were a little rough.

"[Modern] drinks are getting simpler and simpler," Hirsch points out. "There are still a lot of really complicated, layered drinks out there, and they can be a pleasure to drink, but there's something quite beautiful about a drink with only three or four components."

Besides providing recipes for the adventurous, historically inclined home bartender, Forgotten Drinks of Colonial New England explores the many ways in which drinking is deeply connected with New England culture. Sure, colonists drank for enjoyment, but they also drank for nutrition (hence the eggs and citrus fruits in many favored beverages) and for the conviviality the practice offered. The production and selling of alcoholic beverages was a fixture of the local economy, as lucrative then as it is now.

Hirsch finds that the colonial fondness for such drinks as hard cider — once the de facto regional beverage and now experiencing a revival — speaks to the New England temperament. "They were harnessing the landscape to the best of their abilities," she says. "They were trying to forge new lives in a very harsh new place ... These people carved out ways to commune with one another, enjoy themselves and nourish themselves using a landscape that was mostly unfamiliar when they first arrived. That's still a key part of the Yankee personality."

The original print version of this article was headlined "Flips, Grogs and Rattle-Skulls"