For Noncitizen Immigrants, Marijuana Legalization Does Not Apply

The law is not equal for everyone when it comes to marijuana possession. That's the message immigration lawyer Erin Jacobsen is sharing with Vermonters before adult possession and consumption of recreational marijuana becomes legal on July 1.

"Because marijuana is still a controlled substance, and immigration is governed by federal law, it doesn't really matter what the states are doing about marijuana," said Jacobsen, assistant professor and supervising attorney at Vermont Law School's South Royalton Legal Clinic. 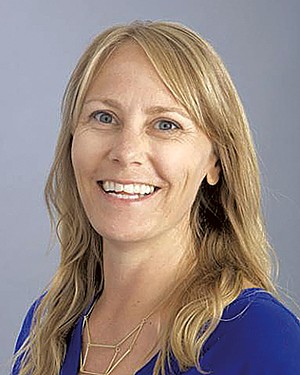 Using, possessing and selling marijuana or being involved in the marijuana industry could have negative immigration consequences for non-U.S. citizens, Jacobsen said. They risk not being readmitted into the country, having their green card or citizenship application rejected, losing a U.S. visa, or deportation. "It's really crucial that people understand what's at stake for noncitizens," said Jacobsen.

As a panelist at the student-organized Know Your Rights March workshop in Burlington for youth of color, Jacobsen spoke about the citizenship process in general. She also distributed flyers that explain how marijuana-related convictions could affect one's immigration status. Her No. 1 advice for noncitizens is: Don't use marijuana or work in a place that sells marijuana until you're a U.S. citizen.

The attorney is among those from the legal, social services and advocacy communities who are concerned about the ramifications that the new marijuana law may have on noncitizens and new immigrants. In 2015, there were 28,247 immigrants in Vermont, comprising 4.5 percent of the state's population, according to the Washington D.C.-based American Immigration Council. Of that number, about 55 percent were naturalized citizens.

Jacobsen's warning came after U.S. Attorney General Jeff Sessions in January rescinded an Obama-era policy of noninterference. The change allows federal prosecutors to decide on a case-by-case basis how to respond to marijuana enforcement in states where it's legal. But two months later, national media outlets quoted Sessions as saying, "Federal prosecutors haven't been working small marijuana cases before, [and] they are not going to be working them now."

U.S. District Attorney for Vermont Christina Nolan said in an interview with Vermont Public Radio in April that her office has "a lot of leeway to determine how to deploy our limited resources in a way that makes sense in our state." One of her priorities is tackling the opioid crisis and related violence. Jay Diaz, staff attorney for the American Civil Liberties Union of Vermont, wrote in an email that he hopes Nolan's "willingness to respect and reflect Vermonters' fierce independence and clear priorities" will hold.

Jacobsen, however, maintains that the situation is still worrisome. The U.S. Department of Justice and the White House, she said, have consistently expressed "extreme views about crime and punishment," and they are "actively implementing harsh law enforcement policies."

One doesn't have to be convicted of a marijuana-related charge in order to face immigration consequences, according to Jacobsen. Federal border patrol agents can operate immigration checkpoints within 100 miles of any U.S. border; almost all of Vermont lies within that range.

"They could stop you and ask you anything and do a search," said Jacobsen. "If they find anything, or you say something that indicates to them that you're using or trafficking drugs, you're in trouble." Even having a marijuana sticker on one's car or a photograph in a cellphone could be grounds for inadmissibility, she continued.

Jacobsen is also concerned that the population most vulnerable to "the disproportionate consequences," she said, are the ones most likely to be on the receiving end of increased police attention. The immigrant students she met at the information session in March told her that they face greater law enforcement scrutiny because they're black.

Though underage possession of marijuana will still be illegal under the new law, Francis Manga is wary that misunderstandings persist, especially among families that are relatively new to the U.S. He's a youth program specialist at the Association of Africans Living in Vermont, a nonprofit that provides social services to refugees and immigrants.

It's important that service providers, the state and law enforcement officers bring awareness to parents who don't speak English, Manga said. Some families have expressed concerns that their children are using drugs, he noted.

"'My son is using a white powder. I don't know what it is,'" said Manga, recounting stories he's heard. Some of the noncitizen youths he's engaged with are "excited" about the upcoming legalization, but they don't know about the immigration consequences and "think it's OK for everybody" to have marijuana.

"They have friends who are citizens, and if their friends possess [marijuana], they will be influenced [to use it]," Manga said.

The Burlington School District Parent University has been educating parents on substance use since 2015 with support from Burlington-based Spectrum Youth & Family Services. Many of the parents who signed up for Parent University are relative newcomers to the U.S. who want to learn about the school district and its culture, said program manager Ali Dieng.

Michael Hill Jr., former coordinator of Spectrum's Multicultural Youth Program, led two information sessions on the use of marijuana, alcohol and tobacco for Parent University. The presentations helped those new to the country understand the "subtle realities" within American culture and its "contradictions," he said. It's "very confusing" for newcomers to be told not to use substances, yet at the same time they're exposed to advertising for them, Hill said.

The parents weren't passive learners, he observed. With the help of interpreters, they sought advice on how to broach the topic of substance use with their children, as well as where and how to get help.

Dieng, who's also a city councilor (D/P-Ward 7), plans to include more workshops on substance use and the opioid crisis in Parent University's curriculum next year. "We want to make sure we don't leave anybody behind," he said.

But Dieng is also cognizant of the program's limited reach: Parent University can only accommodate about 60 parents from the school district per year. "The Vermont Department of Health, in coordination with New American community leaders, hospitals, faith-based organizations, schools [and] community agencies will need to develop translated outreach messages [and] materials and [make] presentations to New American community groups," he said.