For Its 80th Birthday, the VSO Commissions 80-Second Fanfares 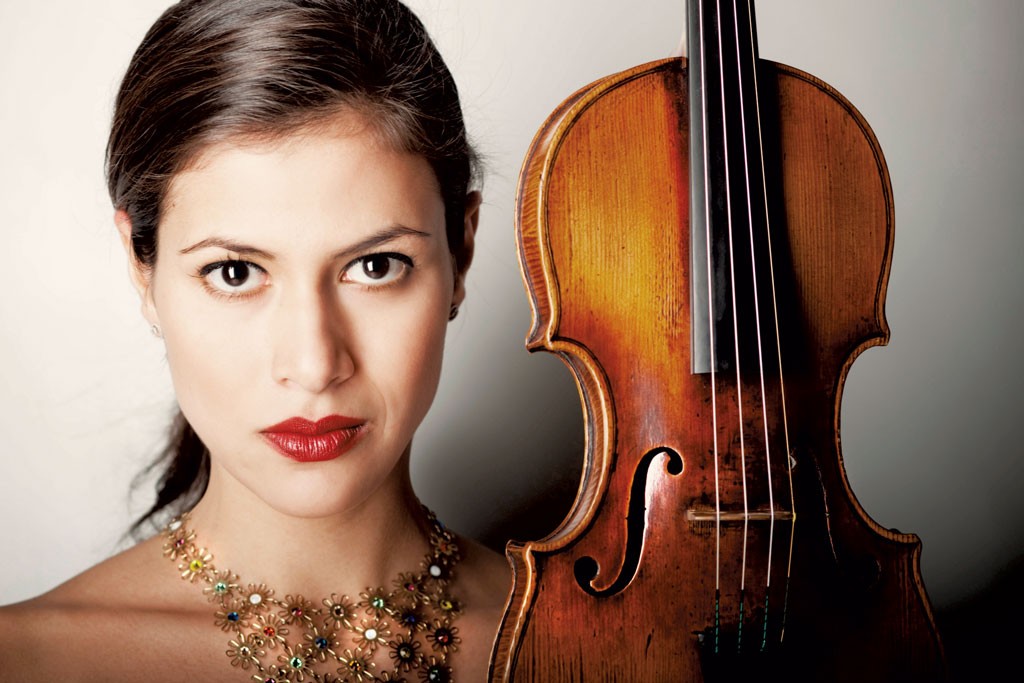 The Vermont Symphony Orchestra performed its first concert in January 1934. Eight decades on, the orchestra is still doing what it was created for: traveling around a rural state bringing music to the people. It's been able to accomplish this while remaining in relatively good financial stead. With no bricks-and-mortar home, marketing director Amy Caldwell points out, the orchestra need pay no overhead. And it's one of the country's few state-sponsored orchestras: The legislature allocated $141,214 for the VSO in fiscal year 2014.

Time for a celebratory fanfare — or seven.

Shawn's Vermont Fanfare opens this weekend's concerts, which are the season's official celebratory events. Audiences will walk a 25-foot red carpet into the Flynn Center in Burlington and Rutland's Paramount Theatre, whose lobbies will be festooned with balloons.

The program, conducted by Jaime Laredo, features another living composer, the California-born and Peruvian-influenced Gabriela Lena Frank. Completing the program are Schubert's "unfinished" eighth symphony; and the Elgar violin concerto, featuring the young violinist Elena Urioste, a graduate of Curtis Institute of Music and the Juilliard School who studied with Soovin Kim, among others.

According to executive director Alan Jordan, the idea of fanfares came from Hamlin, who will write the Summer Festival Tour fanfare. Jordan, new-music adviser David Ludwig and orchestra manager Eleanor Long then drew up a list of composers, most of whom had composed for the VSO before, with an eye to geographical distribution. They ran the list by the ever-genial Laredo, who approved, and sent out letters. All seven composers accepted.

Composing an 80-second piece is a challenge. For comparison, Aaron Copland's Fanfare for the Common Man lasts three minutes and 15 seconds. Beglarian, who lives in New York City and Brandon, Vt., found the time limit "tricky but fun!" as she writes in an email.

Beglarian adds that the VSO requested that the fanfare "require very little rehearsal," so she fashioned it from elements of another work on the program, Stravinsky's difficult Rite of Spring. The composer's No Delight in Sacrifice thus became her counter-response to that famous work for ballet depicting a woman's sacrifice. The fanfare is a "stand against the glamorization of killing in the name of higher powers," Beglarian writes in program notes — a rejection of the "rite" in favor of the season of renewal.

While some composers didn't respond so specifically to works on their designated programs, those pieces did determine their instrumentation. The lineup of Shawn's concert left him wanting at least one more percussion instrument for his fanfare.

The VSO "gave me a glockenspiel," he says with a chuckle by phone from his home in Bennington, where he has lived and taught at the college since 1985. "I would have put more percussion in if I'd been allowed," he adds. "The definition of a fanfare is something that has a sense of occasion, that is very brief, that makes a statement or has some kind of public impact."

Shawn had been working on a comparatively pensive piece, setting a Japanese poet's works to music, when he received the VSO's letter. "In the middle of the second song, there's a passage, and I thought, That's the fanfare!" he recalls. "It started from an introspective piece, but it sort of just bursts out. In fact, my copyist" — Shawn composes without a computer — "said it was almost frightening."

Shawn, who grew up in New York City, named Vermont Fanfare for his adopted state, even though he admits jokingly to being "absolutely stunned" that he's still here after 30 years. "I wrote the piece for the feeling of gratitude for living here," he says. Shawn first came to Vermont as a teenager to attend the Putney School and Kinhaven Music School in Weston. His relationship with the VSO dates back nearly as long as his residence in the state. Former VSO conductors Efrain Guigui (1974-1989) and Kate Tamarkin (1991-1999) led the orchestra in performances of three of Shawn's works, one of which Tamarkin commissioned.

Shawn, the brother of actor Wallace Shawn, struggles with agoraphobia, which he wrote about in his book Wish I Could Be There: Notes From a Phobic Life. But he will attend the premieres of his fanfare. "Rutland and Burlington are two places I can travel to," he promises.

Tan lives in Brookline, Mass., when she's not teaching at Middlebury College. She has already "conceptualized" her fanfare, she says; it will open the May program of Mendelssohn's first piano concerto and Bruckner's fourth symphony, the latter a staple of late Austro-Germanic romanticism. Tan hopes the piece will give musical expression to "everything I know and love about German music," but also "come out of my current compositional voice." She intends it to reference her Malaysian roots and has tentatively named it Fanfare Langkawi, after a Malaysian archipelago.

Because of the Bruckner on the program, Tan says, she will be able to work with "great big tympani." "I'm not prone to bombast," she admits. "My music leans toward intimacy." But at the same time, she adds with a laugh, "I don't shy away from loud noises. I've been thinking on the kind of 'bang' I wish it to be."

Though the fanfares may be frustratingly brief for audiences, every "bang" of the VSO's 80th will surely be a treat to hear. "There are orchestras that play almost no new music and just want to play it safe," says Ludwig. "But [commissioning] seven composers? That's meaningful."

The original print version of this article was headlined "For Its 80th Birthday, the VSO Commissions Fanfares — 80s Seconds Long"