For His 50th, Locals Pay Tribute to DJ, Singer and Activist Craig Mitchell 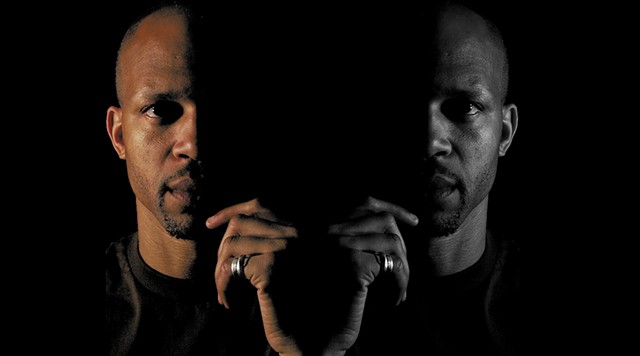 No one in local nightlife has quite the same cachet and name recognition as Craig Mitchell. The career DJ arrived in Vermont more than 30 years ago, making him one of the longest-serving DJs currently active in the Green Mountain State.

Mitchell has deejayed at practically every bar and club this side of Lake Champlain, and he was particularly known for his renowned sets at Burlington's bygone queer hub, 135 Pearl. He's well known in major cities, including New York City and Montréal, too. An associate of defunct '90s funk behemoth Belizbeha, Mitchell currently dazzles audiences with his live band, Purple: A Tribute to Prince, which captures the essence of the late artist like few tribute acts do.

Most recently, Mitchell has provided vocals for the nascent R&B outfit San Mateo. At 50 years old as of Tuesday, April 20, he is a local legend. But relegating Mitchell to the world of bars and nightclubs doesn't fully capture his influence. He also has made a name for himself as an activist, commentator and sort of an unofficial mayor of Burlington. And, frankly, he's just one of the nicest, friendliest, most accepting and most positive people you're likely to encounter. It's no wonder that, when asked by Seven Days to comment on Mitchell for this surprise salute, locals had more to say about him than could possibly fit in print.

In addition to talking to this publication, a few of Mitchell's friends recently teamed up to pen an homage. As Triple Decker, longtime Mitchell collaborators DJ Fattie B, Matt Hagen and Jennifer Hartswick joined forces for "50 Is Nifty," a silly-sweet hip-hop banger that benefits Recovery Vermont with every download. Grab it at tripledecker.bandcamp.com.

Mitchell celebrates his milestone at two events this month. He spins decade-spanning hits on Thursday, April 22, and performs with Purple on Friday, April 30, both at Nectar's.

Read on to find out what makes Mitchell so essential to Vermont culture.

Craig's charisma, enthusiasm and deep love of music draws people to his shows and to the man himself. People sense his empathetic soul and trust him with their secrets and struggles. Craig's stories would send us into hysterics, often a recounting of his own self-described embarrassing actions or tricky situations. It is a joy to be around him.

"People sense his empathetic soul and trust him with their secrets and struggles." Anne Rothwell tweet this

Craig Mitchell is the kind of person that will give accolades to the ones most deserving without pause or trepidation. His talent as a DJ had me put my tail between my legs. He constantly blew me away with his style and intensity. As our DJ duo Contorto, he made me a better DJ all around by making me work harder and be more creative. Our flow was effortless. And I haven't even touched on the work that he does for the community. The lifelong relationship with my Burlington family will last forever, thanks to Craig. 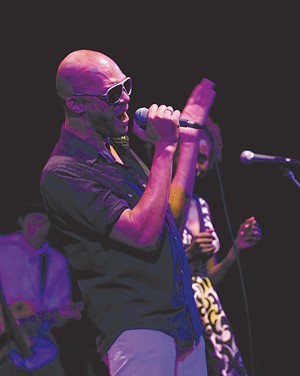 The importance of Craig Mitchell cannot be overstated. When he first arrived on the Burlington scene, DJ culture was highly competitive and almost exclusively white. He was never competitive and always had a smile.

In the '90s, Craig introduced many straight Vermonters to gay culture when he deejayed at 135 Pearl, helping Vermont to become one of the first states to legally recognize that we can all love who we love. Craig is also a champion for racial justice. Because Craig bridges gaps, he can be trusted to express the need for change in a way heard by even the most reluctant. House music culture is about love. Craig lives love. That's not always the easiest way to live, but he's one of my heroes for it.

What I would like to think is so special about Craig Mitchell is the ideal he holds for all of us. He is an imperfect guy who unabashedly allows the world to see that through his art, which is his life.

What's special about Craig is that he is authentic. Win, lose or draw, he is just what he is and shares it with the world, uncompromised. We all aspire to be so raw and so honest and so in the moment, but most of us hide it away, just shown in a glimpse here and there to a trusted few. But not Craig Mitchell. Craig is gonna put some stank on it all and serve it up for your betterment.

Craig has always amazed me, and continues to. I feel blessed to be in his musical orbit. He is a truly versatile entertainer who moves people and makes our community a better place to be.

Craig inspires by letting others inspire him. As a musical collaborator, he lets me be myself and doesn't try to change that. He absorbs who you are, what you bring to the table, and finds a comfortable place to sit within that. Energy is reciprocal with Craig.

And if he instigates high emotion when performing, it's hard not to feel driven to show him that you feel it, too. His openness and willingness to understand everybody's place in this world is said best through his own mantra: "Within these walls, on this dance floor, there's no gay, no straight, no white, no black, no man, no woman. We're all one people, united by rhythm." 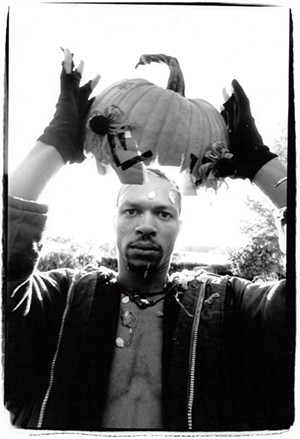 I learned about being an ally through Craig: what it meant to listen and to learn and when to act. His powerful sense of justice drove him to fight for LGTBQ+ rights at a time when he was often standing quite alone. He rallied everyone to the fight via his unparalleled ability to make everyone feel the truth. He did this through poetry, deejaying and, of course, songwriting and singing. Craig is one of the most influential people in my life, and I wouldn't be half the man I am today without his friendship.

Craig has been part of my life for over 27 years. Through those years I have experienced many incarnations of Craig Mitchell, from DJ extraordinaire to activist. His dedication to the community is inspiring. He stands in his truth and leads by example. There is no wonder why so many embrace him.

I just really appreciate him (and hope more people begin to, as well) for all of the charity and selfless work he does almost daily. He is a champion for the voiceless, whether it be the LBGTQ community, nonprofits like Recovery [Vermont], the homeless or just friends who need a helping hand. As good as Craig is as a DJ (and that is even somehow underappreciated to a certain extent), he is a far greater human being. He deserves all the love.

Craig is the candle that burns brightest, steadiest and strongest unprotected in a hurricane. It takes purpose and choice to bring comfort to others, to see them for who they are and embrace them with a universal love that defies the harms swirling through the human experience. I've witnessed and been humbled by Craig's daily gift to other people — of kindness, service and uplifting spirit. The world is better thanks to Craig's 50 years in it; we'd be blessed for 50 more.