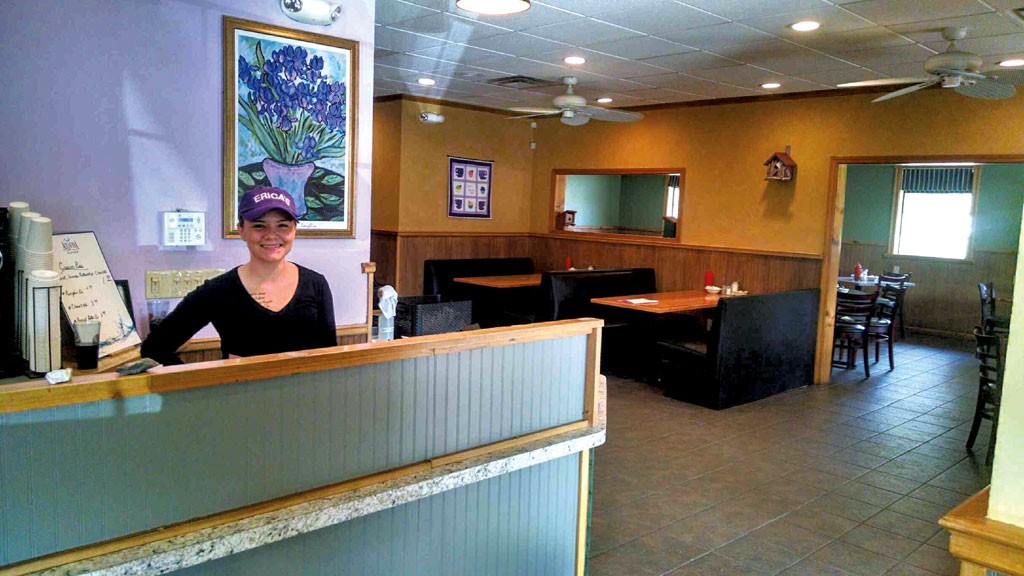 It's been a long rough patch for Fairfax's 951 Main Street. After more than 20 years in business, town hub the Country Pantry Diner closed in 2009. Since then, a number of owners have operated the restaurant for brief stints under that name and others, culminating in a lengthy closure that started last June.

Now the rumor mill can rest. Ron and Linda Frey returned life to the building with the opening of Erica's American Diner on Monday, September 21. Franklin County residents may already know the pair as owners of purple-hued Linda's in St. Albans.

Ron Frey said on Monday morning that seeing the space vacant for so long made him and his wife feel a responsibility to feed the Fairfax community. They're now doing so seven days a week from 6 a.m. to 8 p.m. All the items on Erica's four-page-long menu are available all day.

Even after dark, diners can try what the menu bills as the "world's greatest breakfast sandwich." It features a sweet Mexican-style telera roll stacked with two fried eggs, sausage and cheese, all drizzled in maple syrup.

Lunch and dinner at Erica's bring a slew of hot sandwiches, including gravy-covered open stacks and creative burgers. For now, the options are identical to those at 2-year-old Linda's, but Frey said that will change as the couple gets to know its new Fairfax clientele.

The original print version of this article was headlined "Finally Fairfax"