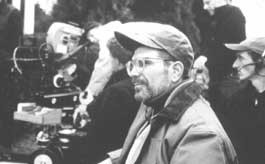 Any day now, David Mamet will begin shooting Diary of a Young London Physician. This adaptation of The Strange Case of Dr. Jekyll and Mr. Hyde allows the screenwriter-director — a Goddard College graduate with a getaway home in central Vermont — to explore the darkest reaches of the Victorian era in Merry Olde England. But he’s hardly the first filmmaker to tackle the 1886 Robert Louis Stevenson novella about the dichotomy of the human soul.

“At some levels, this story seems to work in every version,” observed critic Pauline Kael in her 1982 review of a highbrow Dr. Jekyll and Mr. Hyde that had earned actor Frederic March an Oscar half a century earlier. Ten years before that, a 1921 silent movie featured John Barrymore as the research chemist who concocts an elixir that delivers the ultimate split personality.

Spencer Tracey, Ingrid Bergman and Lana Turner appeared in a 1940 reincarnation of the classic — complete with Freudian dream sequences — that The New York Times deemed “not so much evil incarnate as ham rampant, more ludicrous than dreadful.”

For some reason, though, Hollywood could never let this dynamic duo be. Throughout the decades, there have been at least 10 remakes or spinoffs, some even involving werewolves. The most family-oriented of these were The Son of Dr. Jekyll in 1951, The Daughter of Dr. Jekyll in 1957 and Dr. Jekyll and Sister Hyde in 1971. Talk about Freudian.

A particularly bleak psychosexual take on the subject, Mary Reilly, conveyed the perspective of an Irish maid played by Julia Roberts. The 1996 picture was directed by Stephen Frears, who also cast John Mal-kovich as the good-bad doctor compelled by his lusty inner demon to kill, kill, kill.

Given all this checkered history, can Mamet succeed as a cerebral horrormeister? He has chosen Jude Law, the slinky sex-robot in A.I., for the title role, which is now Robert Jekyll, the shy medical resident, rather than Henry Jekyll, the middle-aged mad scientist. Penelope Cruz portrays Leila, an alluring prostitute. Mrs. Mamet — Rebecca Pidgeon, so awful in his recent Heist — is a respectable young widow with a child.

In Diary, Britain’s oppressive class system of yesteryear motivates the insecure, ambitious Jekyll to develop a potion that liberates his sinister alter-ego. He wants fame and fortune, but instead gets blood and gore.

The gore in a Mamet production probably would never rival that of more monster-minded cinematic efforts coming our way in 2003. Wes Craven of Scream fame has a second, as-yet-untitled Jekyll-Hyde project planned. And the comic-book-based League of Extraordinary Gentlemen includes Jekyll and Hyde characters as part of a late-1800s dream-team of characters from great literature, who are fighting some terrible menace on an alternate Earth. One of them is Allan Quartermain (Sean Connery), from King Solomon’s Mines, written by H. Rider Haggard the same year as the Stevenson masterpiece. May the best-worst man win.

short takes: In the movie marketing game, cousins Damon and John Hussar keep trying to pitch Blur of Insanity. The low-budget indie with Animal House–style anarchy celebrates campus Cannabis culture, perhaps a fatal flaw in a Just Say No nation. Although shot in the upstate New York town of Ithaca, one of the autobiographical black comedy’s tag lines is: “lovingly made by stoned people in Vermont.”

Writer-director John, 35, lives in Londonderry. The 32-year-old Damon, a former Waitsfield resident now in Connecticut, is the executive producer. Blur got a warm reception from a 1999 test screening at Winooski’s Higher Ground. The rest of the planet has been less kind.

The Boston Herald slammed the film, comparing its narrative to the pot plots by Cheech and Chong — which the Hussar boys took as a compliment. Tinseltown moguls were disturbed by the booze, bongs, barely clad babes and ballistics; they probably didn’t appreciate a line of Blur dialogue that suggests “there’s nothing like being totally wasted with loaded firearms.” The negative reaction only intensified after Columbine. “Ours is a long tale of woe,” Damon laments.

South Park co-creator Trey Parker championed Blur during an alternative festival at Cannes, where the French loved it — but, then again, they adore Mickey Rourke. Although Blur DVDs are selling via the Internet, there’s still no deal for distribution in stores. “Howard Stern has pro-mised to promote it,” Damon says, “but why waste that opportunity without a distributor in place?”