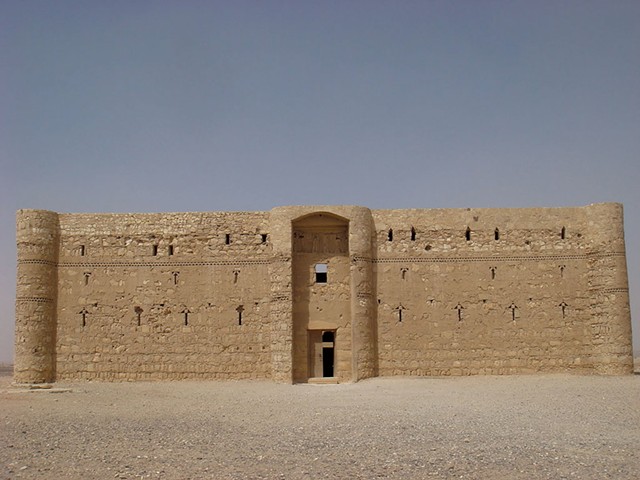 When Barbara Shatara, a librarian at the Fletcher Free Library, asked her family and friends to name Canadian writers, she learned that few of them could come up with names besides The Handmaid's Tale author Margaret Atwood. They're missing out on learning about other parts of the world, she suggested, because they primarily read the works of U.S. or British writers.

In her 20 years at Burlington's Fletcher, Shatara said, the library hasn't made a sustained effort to highlight literature from other parts of the world — until now. When the Fletcher kicks off its "In Translation: Literature of the Arab World" programming on October 13, Burlington resident Shatara hopes Vermonters will take the opportunity to learn more about the Middle East and North Africa and their people.

The Arab world, she noted, is often perceived as a fractured region of fluctuating stability. Some Americans maintain a stereotypical image of Arabs as refugees trying to get into European countries.

"It's important to remember that there is so much more to [the Arab world] than that," said Shatara, "and that's what we're going to explore."

Over nine months, participants will discuss books written in Arabic and translated into English. Among them is Iraqi author Ahmed Saadawi's Frankenstein in Baghdad, which won the International Prize for Arabic Fiction in 2014. Another notable inclusion is The Bamboo Stalk by Saud Alsanousi, the 2013 recipient of the prize.

The Fletcher's foreign-language collection has about 15 Arabic-language books, Shatara noted. Auxiliary cultural programming will include film screenings, language classes and food tastings to provide additional context for understanding the region and its literary traditions. The first third of the series will focus on Jordan, Egypt and Palestine.

Shatara, who coordinates the Fletcher's programs and partnerships, credited Burlington resident and retired IBM engineer Faye Baker with the idea for "In Translation." In the summer of 2017, Baker, a voracious reader who has participated in book discussions at the library, suggested that Shatara start a book club featuring authors from countries that were on President Donald Trump's original travel ban.

The two women got together with Mousa Ishaq, Baker's former colleague at IBM, and his wife, Kristin Peterson-Ishaq, over home-cooked Middle Eastern dinners to develop more comprehensive programming. Ishaq, who is of Palestinian origin, is the chairperson of the Burlington-Bethlehem-Arad Sister City Program.

Peterson-Ishaq collaborated with the Fletcher Free numerous times when she worked at the Center for Research on Vermont. The library is a place where people feel comfortable going and learning about new things, including the Arab world, she said.

"One really cannot open a newspaper or turn on the television without hearing something about the Arab world," noted Peterson-Ishaq. She has a master's degree in contemporary Arabic literature and has published an English translation of Egyptian writer Yusuf Idris' Al-Haram (The Sinners).

"We have so many misperceptions because there is so much that is conveyed without context, without background, without history," she continued, "that this offers people an opportunity to have what is a realistic look."

Shatara said she was careful not to include anything "political" or "too strongly religious" in the readings. Previous events related to Islam and the Middle East triggered more controversy than she expected, she said. Instead, she wants to focus on the cultural, artistic, musical and literary traditions of the region and its people.

According to Baker, one exciting aspect of the program is the involvement of young, active scholars, who will travel to Burlington to lead book discussions at the library. One of them is Rama Hamarneh, who is a PhD candidate in comparative literature at the University of Texas, Austin. Another is Baker's son, Joseph Leidy, who's pursuing a PhD in Middle Eastern history at Brown University.

"It took a little arm twisting," said Baker of scheduling her son's presentation next year on the Levant, an historical geographic area of the Eastern Mediterranean.

The Burlington resident pointed to concurrent community events that likewise showcase the arts, literature and culture of the Middle East. The Middlebury College Museum of Art is currently exhibiting "Wondrous Worlds: Art and Islam through Time and Place." On October 25, Burlington's Cathedral Church of St. Paul will open the touring "I AM" exhibition, which features 31 Middle Eastern women artists from 12 countries.

Baker and Shatara hope that other librarians across the state will be inspired to bring "In Translation" to their libraries. Shatara plans to introduce Spanish and French literature next.

"It's not just about getting people to think about other literature," the librarian said, "but to have fun and really enjoy themselves."