On your next trip, why not add “become a member” to your shopping list?

Watch a video
You don’t have to be a member to shop at City Market, but become one and you’ll be able to walk around like you own the place. That’s because you will: City Market is owned  by its nearly 12,000 members.

Here’s how it works: You pay $15 a year until you reach your full equity share of $200. That gives you access to benefits and discounts at both of City Market’s Burlington locations — downtown and in the South End — and it connects you to thousands of other Vermonters who also believe in cultivating a sustainable and accessible local food system. In addition, City Market members are invited to an annual meeting and vote to elect the co-op’s Board of Directors.

This is an ideal time to join, as we’re all focused on staying safe and staying healthy, says Mae Quilty, City Market’s assistant director of community engagement. “It’s a really great time to have a stake in a local business that’s committed to strengthening the community,” she says. 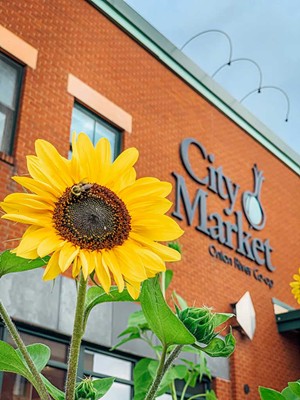 Another incentive: October is National Co-op Month. There are lots of member-owned co-operative businesses out there, such as Cabot Creamery, outdoor gear retailer REI Co-op and fair-trade chocolate purveyor Equal Exchange. Become a City Market member in October and you’ll get a gift from one of those participating companies as an additional reward.

But that’s not the only reason to join. Here are five more, explained by five City Market members and partners.

Did you know that pitching in at local nonprofits for a few hours a month can save you money at City Market? Yep. Work four hours a month at one of City Market’s 24 community partner organizations and you’ll receive a 12 percent discount on all of your store purchases. Work just two hours a month to get 7 percent off.

Bonnie Acker started doing member work at the original Onion River Co-op location in the Old North End, where she helped dig out the roadside greenway and plant flowers. Acker continued to tend the co-op’s vibrant vegetation at the downtown store for many years after the move to South Winooski Avenue.

Watch a video about membership benefits instead!

In the early years, member work meant stocking shelves and helping out around the store. Not any more. Now members can pitch in at one of the outreach partners. Last year, members did more than 14,000 hours of work for groups like the Committee on Temporary Shelter, Feeding Chittenden and Local Motion.

Acker shared her member work activities with a group at the Intervale Community Farm, where she was hosting a crop mob to help harvest produce. She also helped establish the Burlington School Food Project, which serves free meals across the school district with the contributions of City Market member workers.

She calls the shift to community rather than in-store work “a pivotal opportunity to learn how the co-op has been part of a food justice movement from the very beginning,” she says. “It furthered this hands-on, tangible, with-other-people type of environment.”

City Market members help ensure that all Burlington-area families can get fresh local produce, no matter their income.

The need is acute right now because of the coronavirus pandemic, says co-op member Wanda Hines, director of the Joint Urban Ministry Project. The interfaith organization of 28 congregations provides spiritual care, advocacy and financial assistance — including vouchers and gift cards for groceries and transportation. JUMP helps feed about 50 households a week and City Market is a crucial source of healthy food for the community, Hines says.

In 2020, City Market gave JUMP a $2,000 donation in the form of $30 gift cards for customers who need a helping hand. “We need to pivot our people to City Market,” she says. “They need fresh produce. They need fresh vegetables.”

JUMP is just one of these ventures City Market has embraced. Its Food For All program also offers memberships to low-income Vermonters who qualify for state or federal nutrition assistance. Food For All members receive a 10 percent discount storewide and 15 percent off in the produce and bulk departments.

City Market’s annual Co-op Seedling Grants program provides funding to organizations that tackle challenges facing low-income and elderly Vermonters, local farmers, the New American community, and those with health challenges. In 2019, a committee made up of City Market members reviewed and selected 10 projects that received $40,000 total. The co-op has allotted another $35,000 for distribution in March 2021.

The money comes, in part, from City Market’s Rally for Change initiative. When shoppers check out, they can round up their payment to the nearest dollar to support Rally for Change. In the six years since the current version of Rally for Change started, it has raised more than $1.2 million for groups such as Feeding Chittenden, the region’s emergency food pantry, and Hunger Free Vermont, which combats hunger and malnutrition.

Hines calls City Market a “multiverse co-op” because it’s open to any shopper, from any demographic, with products for everyone. “City Market really went the distance in making sure they bring in low-income and poverty populations.” She says: “They’re really making it accessible.” 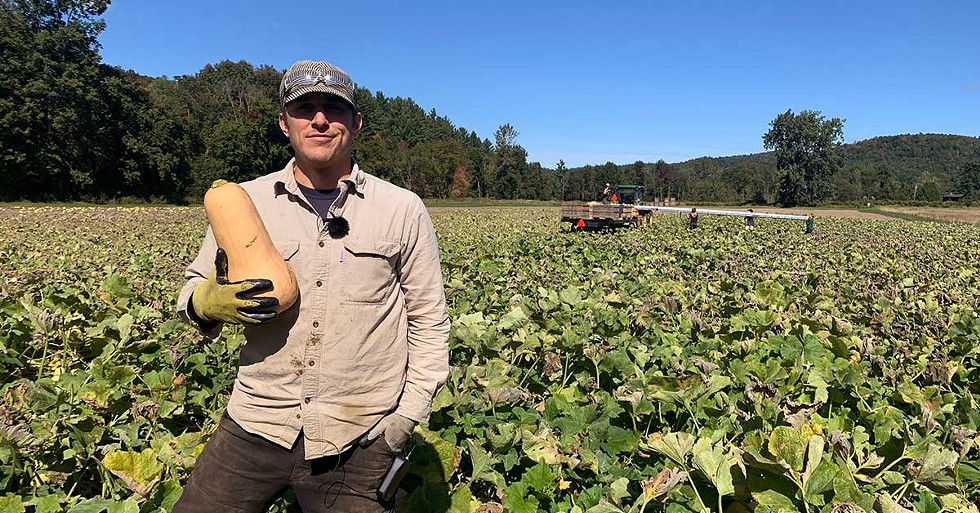 Farming is hard work but, according to Rich, not as hard as finding buyers willing to pay a fair price for his vegetables and purchase enough to justify the work he puts into them. City Market is his ideal customer. “They treat growers really well,” he says.

In the fall of 2010, Burnt Rock Farm was growing sweet potatoes for the Intervale Food Hub in Burlington and ended up with a bigger crop than expected. A produce buyer at the co-op contacted Rich, offering to buy the rest of the harvest.

Thus began a decade-long relationship that has been a boon to both parties. The volume the co-op purchased helped Rich invest in his operation. He built a curing room for sweet potatoes — including the Covington variety popular among City Market shoppers — and added special equipment for harvesting.

City Market is now the cornerstone of the farm’s wholesale business, which currently includes about 10 retail customers. “They’re one of our biggest and best accounts,” he says. If Rich needs to alter his offerings or nudge up his price because of unexpected costs, the co-op’s buyers will work with him. Even if a big out-of-state producer can deliver delicata squash for 50 cents cheaper, City Market will still buy local.

“They realize that having a stable, successful farm supplying them is good for them, too,” Rich says.

Rich is not the only farmer who benefits. City Market offers more than 3,100 local products, and roughly 40 percent of sales each year are for local and made-in-Vermont items, generating millions of dollars in the local economy.

Rich and his wife became City Market members and shop there when they’re in the city. They appreciate that their spending helps support farmers like them.

“You’re buying a contribution to the regional economy in the area that you live,” he says.

Burlington resident Anna Mays became a City Market member because, she says, “I just thought it would be a great way to save.”

And she was right: Mays estimates that she has saved about $600 a year on her grocery purchases since 2014, when she moved to Burlington and became a co-op member; City Market calculates that member-workers saved an average of $993 each last year.

To reduce her bills, Mays participates in the member work program, reaping the monthly 12 percent discount. She also watches the biweekly co-op sales and stacks them with City Market’s 10 percent discount on bulk items on Thursdays and health supplements on Tuesdays. Members can also get a bike helmet decal that earns them another discount if they bike to the store. And City Market staff show shoppers the best way to save during Pennywise Pantry group and individual tours — soon to go virtual.

Co-op members also get discounts at local businesses, including Folino’s Pizza and City Hardware through the co-op’s Community Connections program.

But Mays notes that membership offers other rewards. Through City Market, she has connected with others who share her belief in the importance of fresh, local food sourced through sustainable practices. 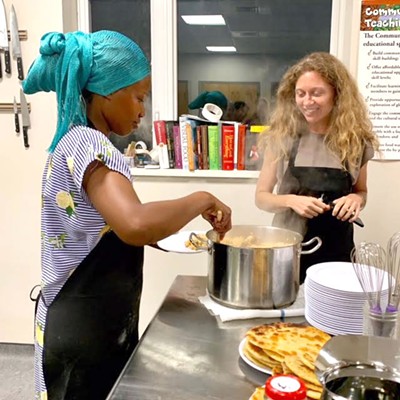 Mays has made many friends while doing member work and learned of events and activities by perusing City Market’s bulletin board.

She’s also taken advantage of City Market’s cooking and educational classes. Members pay $10 — nonmembers pay $25 — to learn to make sourdough at home or ferment vegetables. Mays now helps coordinate a City Market cooking series called Mosaic of Flavor, in collaboration with the U.S. Committee for Refugees and Immigrants. For each monthly class, a New American chef demonstrates a dish from their home country.

Recognizing the importance of this series, City Market staff worked with Mays and USCRI to find creative ways to continue to offer the programming online. Their first livestream online class takes place in October. It’s free with a suggested donation to USCRI.

Mays advises her friends and any new Burlington resident to become members. “You’re going to save a lot of money,” she tells them, “and you’re going to get to know the community in more in-depth ways.”

— Reason #5 —
Support a Store Run By and For the Community 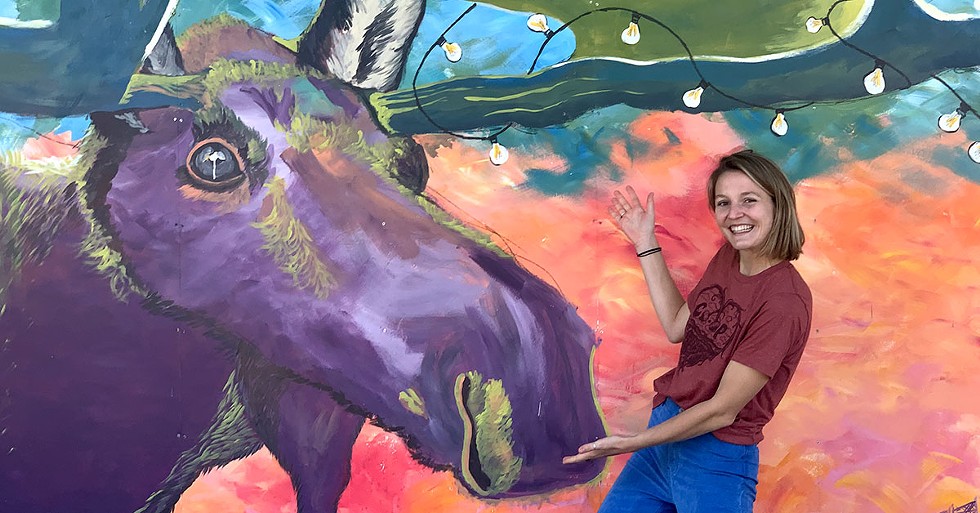 When the coronavirus shut down businesses last spring, City Market leaders knew they had to step up to supply the Burlington community, and they also had to find ways to keep shoppers and their staff safe.

“Being one of the only grocery stores downtown, we felt it was really important to stay open,” says member Caroline Keller, who serves on the City Market board of directors.

The two stores quickly instituted changes: They set early hours for high-risk customers. Plastic shields went up at each checkout lane. Staff started disinfecting every cart and basket after use. They hired a security team to monitor traffic and store capacity. To enable proper social distancing, the co-op decided to keep capacity under 15 percent — even as the state has allowed retailers to resume 50 percent of their in-store traffic, Quilty explains. 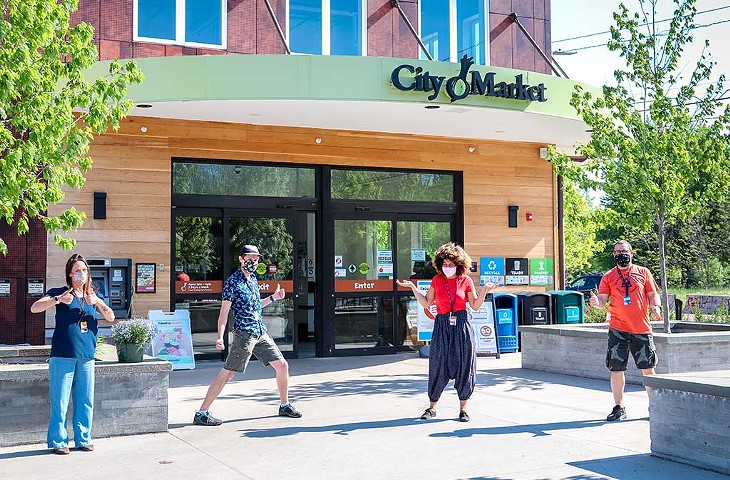 Keller says customers noticed their grocery store going the extra mile to take care of them at a time when even routine outings have grown fraught with anxiety.

“City Market’s done such a wonderful job of minimizing that stress,” she says, crediting general manager John Tashiro and the co-op’s more than 330 employees.

Watch a video about membership benefits instead!

After moving to Vermont from New Jersey about five years ago, Keller went from shopping at City Market to becoming a member, and then to volunteering as a member worker and finally running for the board. The co-op’s member owners elect the nine-person board; voting happens each October.

Since joining the board last year, Keller says she’s learned how tight grocery store profit margins are — about 1 to 2 percent across the industry. For members, it’s gratifying that the co-op invests those earnings back into events, services, activities and programs that enrich the whole community, she says.

“As consumers, we’re speaking with our money. So we’re saying, ‘I really support what City Market is doing,’” Keller explains.

Becoming a member is a tangible way to show that support. She adds: “If we want to shop with our values in mind, it’s the obvious choice.”

Video: City Market Members Speak About the Reasons They Joined


This article and video were commissioned and paid for by City Market, Onion River Co-op.

→ Visit citymarket.coop to learn more about how to become a member.