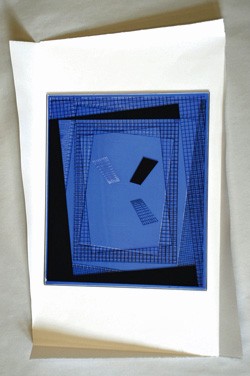 Two of Burlington’s most celebrated arts institutions, Burlington City Arts and the Flynn Center for the Performing Arts, turn 30 this year. Fittingly, they’re celebrating three decades of culture together with a visual-art project that draws on a stellar lineup of more than 30 Vermont artists. Their works are currently on view at the Flynn’s Amy E. Tarrant Gallery.

The “30/30 Anniversary Print Project” engaged artists and a handful of nonartist notables — including ice-cream magnates Ben Cohen and Jerry Greenfield, former governor Madeleine Kunin and Flynn executive director John Killacky — who worked with printmakers Sumru Tekin, Jennifer Koch and Gregg Blasdel to create limited-edition prints in the BCA Print Studio and Koch’s studio. All the prints in the exhibition are available for sale via silent auction, both online and at the Tarrant Gallery, with proceeds benefitting the youth education scholarship programs of the Flynn and BCA.

Since the prints were made especially for the exhibition by artists who were not necessarily versed in the materials and procedures of printmaking, the works exude a unique experimental quality, even as they reflect the often-familiar styles of the artists who made them. Katharine Montstream’s Intervale landscape print translates her normally colorful work into a subtle, crumbly world of shifting grays. In his piece, Hal Mayforth’s signature scratchy pen lines widen with the graphic blockiness of a wood cut. Harry Bliss, better known as a cartoonist, created a wood-block illustration of Sen. Bernie Sanders.

The show is mostly lighthearted and almost a celebration of process itself — that is, of the way an artist can transcend the limitations of a given medium to create work that mingles concept, material and the joy of creation.

In Grace Weaver’s monocolor print, a semiabstract figure gazes at herself in a hand mirror. One foot lunges forward in a dancelike step, while the other bends in a rubbery curve. The body seems to twist at the torso as the woman draws a comb through her long hair. Weaver writes in her commentary: “For this print, I thought of the tubular bodies of Hindu bronze sculpture, women primping in front of mirrors in Japanese ukiyo-e prints, and the bendy bodies of Popeye’s Olive Oyl and contemporary Barbie dolls. I loved learning this print process, which felt more like building a sculpture than making a drawing or painting.”

Indeed, many of the contributing artists describe making the prints as an illuminating process that introduced them to new ways of working, and to new artists in the community. Painter Alice Murdoch’s commentary echoes many of the others: “The project was a lot of fun since I’ve only done one print in my life … Sumru was terrific and so patient. It was refreshing to step outside of my comfort zone and do something entirely different.”

That newfound enthusiasm for the medium of printmaking may be a positive side effect of the 30/30 Project that outlasts even the benevolent effect of its fundraising component. BCA executive director Doreen Kraft notes that the visibility of BCA’s printmaking facilities has increased. “It wasn’t an original goal but a beautiful outcome,” she writes in an email. Kraft points to the nearly concurrent appointment of Blasdel as this year’s BCA Artist-in-Residence as another reason for an upsurge in interest. “His energy, enthusiasm and talent in the [printmaking] studio inspired others,” she writes. “We have lots of new students and community renters as a result.”

Exposing an array of artists to new ways of working while fundraising for future efforts fits BCA’s mission “to make art accessible to all.” In form and function, the project reinforces the intentions of the institutions it celebrates — educating, community building, and facilitating the creation and exhibition of art in Vermont.

The “30/30 Anniversary Print Project” soulfully contributes to — and continues — the two institutions’ shared stewardship of the arts. Here’s to the first 30 years, and the promise of many more to come.