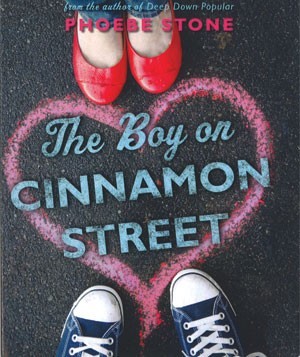 Meet Louise. Though she'd prefer you call her Thumbelina. The seventh grader got bullied off the gymnastics team and has a best friend who is crazy about Justin Bieber. Louise, too, is trying to figure out what a crush feels like. While that might sound like the typical female protagonist of a young adult novel, the soon-to-be released The Boy On Cinnamon Street, by Middlebury author Phoebe Stone, is refreshingly real. Stone weaves together the hilarious drama of teenage life with the tragedy of a family member's death. It's a page-turner: You'll want to find out why Louise lives with Tai Chi-practicing grandparents who keep their TV in a suitcase. Is her second-best-friend Henderson from Dorkville, USA, or a star from above? Stone's earlier novels, including Deep Down Popular, earned praise from The New York Times and Boston Globe. The Publisher's Weekly starred review of this one notes Stone's admission that she experienced a tragedy similar to Louise's and reacted by blocking it out. "In fact," she writes in her author's note, "the healing process can only truly begin when we are willing to remember."