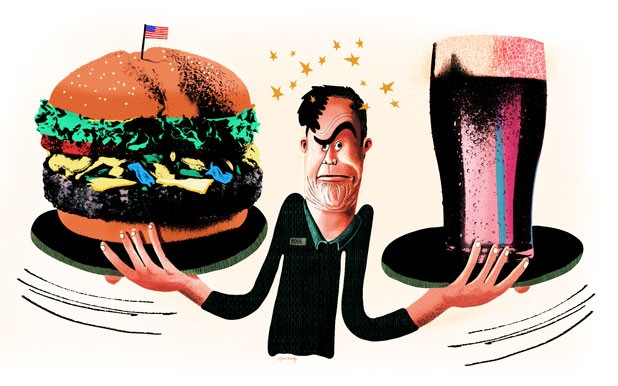 Who can say for sure what “gastropub” means? Decades after the term first appeared — in England, used for pubs that were banishing boiled meat and getting creative in the kitchen — the word is still applied loosely. It’s commonly attached to what I used to call “pubs with decent food,” and by that measure, gastropubs blanket the Western world from Brighton to Biloxi.

The term first crept into the Vermont vernacular when Burlington’s Bluebird Tavern opened in 2009. It has since been used to describe eateries ranging from the Farmhouse Tap & Grill to Waterbury’s Prohibition Pig — places with “curated” beer lists, house-cured meats and more panache than one might find at the average local hangout.

This spring, Rutlander Darwin Harder announced that he hoped to open such an establishment in Rutland: Griffin’s Publick House. Harder lamented that the existing pubs in Rutland were “kind of run down,” and vowed that he and his culinary team would create something a little more upscale — with a raw bar, wood-fired flatbreads and 14 taps. Sous chef Brian Garvison invoked Bluebird’s ethos as he hinted at the menu he and chef Paul Kropp were planning: “Fresh, clean, good products, using good techniques and putting out some of the best food we can make.”

After a long-awaited visit to Griffin’s last week, I came away convinced that the gastropub concept has been so watered down it holds little meaning.

Instead of stepping into a Spotted Pig-esque interior, we found ourselves in what looks like, well, a bar: dark, muggy and staffed with fierce-looking bartenders with bottle openers wedged beneath black armbands. Some nights, there’s $2 Amstel Light; on others, Jim Beam Honey might be doing a promotion. Almost all the tables are high tops, and on the night I visited, a mix of people filled the bar itself: clutches of boisterous young women, fiftysomething couples out for the night and lone drinkers nursing pints. In the back, a DJ was spinning the Outfield’s “Your Love” behind a vinyl banner that announced his compan, “Music That Moves You.”

“Well, I guess this is Rutland,” my friend remarked.

That was an easy out, I argued; Rutland is as diverse as any other place in Vermont, and judging the pub by its looks was a mistake. Still, I had a sinking feeling we were in for a letdown I’d experienced with other promising new spots: when the thrill fades into disappointment as the kitchen dumbs down the food to sell more of it.

Once we were seated at our own high top, the menu offered a spark of promise. Kropp and Garvison came up with an imaginative bill of fare that draws heavily on small plates and flatbreads. Both chefs have since left Griffin’s, but their selections remain: a charcuterie plate, house-cured duck confit and poutine topped with short ribs. We ordered with the abandon of the truly hungry, then sipped our beers — a Sixpoint Sweet Action for me — and watched the poker-faced DJ spin ’80s favorites.

The first dish to arrive, a fish stew, spilled artfully from its bowl. Mussels, scallops and clams poked up, and a pair of king crab legs crossed the top. Just looking at it made us salivate — and we looked at it for a while, because we had to ask and wait for utensils.

Some of the seafood was certainly plump and fresh — especially the mussels and one of the crab legs. Yet the pallid broth seemed based on chicken bouillon, and inside the second crab leg we found mealy, pulverized flesh accompanied by an ammonia-like odor. (My friend looked up this phenomenon and concluded that the crab could have been dead on arrival.)

A plate of grilled shrimp and quinoa also had a split personality. The enormous shrimp flanked a sculpted mound of quinoa, a tangle of sautéed vegetables and a pyramid of sliced avocado. Though the shrimp were savory and crisp, the quinoa was bland and unseasoned, the avocado hard and underripe.

Onward. Short ribs are in heavy supply at Griffin’s — they’re added to poutine, arranged over mac and cheese and offered as a topping for flatbread — so we ordered them on half of our Margherita pie. Though the crust was crisp and almost buttery, only a few tomato slices adorned its gooey, cheesy top. “It’s kind of like an open-face grilled-cheese sandwich,” my friend remarked. When we asked our waitress if this was indeed the Margherita, she explained, “Our Margherita is more of a white pizza.”

And we guessed the short ribs were pork, because the leathery little slices didn’t taste like beef.

After about 45 minutes, pulsing green strobe lights filled the room as a remix of Michael Jackson’s “Beat It” and Journey’s “Don’t Stop Believin’” blared from the speakers. I raised a glass to the recently departed Tony Soprano, as well as to acknowledge my growing sense that Griffin’s was perhaps a better place to drink than to dine.

My fish and chips were almost delicious enough to redeem the entire meal: The flaky hunks of haddock had steamed inside a yeasty beer batter, their golden shells almost paper-crisp. Griffin’s fries were floppy and passable, though the tartar sauce lacked pucker and seemed more like mayonnaise.

The burger should be a barometer of any gastropub, and Griffin’s menu says the kitchen uses Boyden Farm Natural Beef for its oversize patty. However, what my friend ordered as medium-rare arrived overcooked, gray and dry. He couldn’t finish it.

By this point, we were a bit sullen. The crowd was younger than when we’d arrived, the music louder. It was time to try a beer float of vanilla porter beer and chocolate gelato, then make a swift exit.

When I tried to order one from our waitress as she cleared our plates, however, she cheerily informed us the kitchen had closed. Without further explanation — or inquiring why we hadn’t finished our food — she walked away. We looked at our phones: It was 10:30, and we had been seated shortly after nine. Fair enough, we thought, given that dinner runs from 5 to 10 p.m. But a heads-up, or even an empathetic look, would have helped assuage our disappointment.