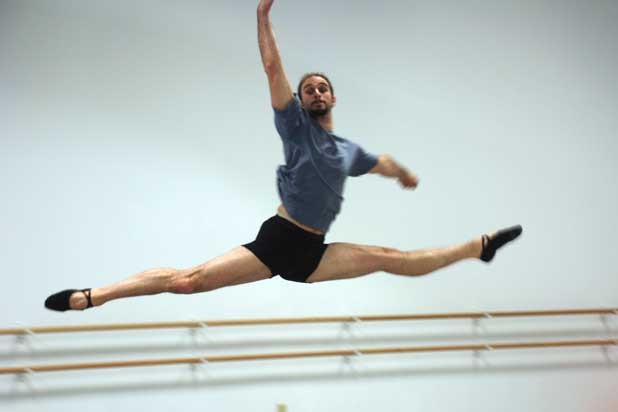 Vermont is an Eden for artists - some of them, anyway. Writers and craftspeople happily hole up. With a bit of commuting, actors and opera singers can form communities.

Dancers, however, are in a tough spot - and not just because schools of ballet, modern and jazz don't dot the rural landscape. For anything larger than a solo, dance requires an inventory of able-bodied movers. Also crucial is a space in which to rehearse and perform - a warm place with sound floorboards, preferably within driving distance of an audience.

No one is more familiar with the challenges of dancing in Vermont than Shelley Ismail, who's been teaching ballet since 1978 from her base in Franklin County. No one, that is, except Sharry Underwood, a former dancer, choreographer and critic who actually had the audacity to create a (now-defunct) professional company here.

"This project is dear to her heart," the Flynn Center's Arnie Malina says of an upcoming performance that Underwood, now in her eighties, financed with a donation designed to shine a light on local movers. "She's a great supporter of Vermont dance."

That doesn't mean she likes everything she sees, however - for years, Underwood was a dance critic for The Burlington Free Press. "Arnie was showing her some people, and she didn't like anything," Ismail says. "So she contacted me and asked if I would get the program together for her. We're trying to show there are 'Vermont dancers,' and there are dancers from Vermont who have gone elsewhere to become professional."

Almost everyone on the program of "Moving Roots: A Gathering of Vermont Dancers" is - or was - Ismail's student, including Laurel Dugan Tentido, who is a current member of the Trisha Brown Dance Company. She's performing an excerpt from a classic Brown creation, Set and Reset, as well as a piece she choreographed herself.

Annemarie Waltz, who went from St. Albans to Les Grands Ballet Canadiens to Juilliard, is another one that got away. When she's not making guest appearances in Vermont, she performs and teaches dance in New York City.

Ismail cast Waltz in her own contribution to the program - a piece built on the elements of a ballet class. Two portable barres are part of the staging. In corps-de-ballet unison, six women - five of whom live and dance in Vermont - create a kinetic story line that evolves from ritual pliés and ronds de jambe to battements and grand jetés. Sarah King, Genevieve Pellman, Hayley Pierce, Emily Stebbins and Claire Vintinner make an engaging ensemble.

Chatch Pregger provides a note of contrast to the program. He's a man, for one, and he just moved back to his native Vermont after working with the Houston, Washington and Boston ballets. Ismail describes him as a "beautiful dancer" and a "genuine, down-to-earth" guy who teaches in various studios around the state.

Pregger is presenting the second piece he's ever choreographed, "Obrigado Brazil," which Ismail describes as "a big piece that moves groups in interesting patterns." Of the 10 dancers featured in it, only one hails from out of state.