Firehouse Gallery Gets a Boost from Warhol 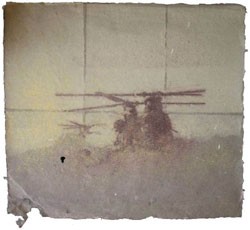 At a time when financial news is almost uniformly grim, it’s a special pleasure to get a windfall. Burlington’s Firehouse Gallery did just that with the receipt of a $75,000 grant for exhibition support from the New York-based Andy Warhol Foundation. It’s mostly larger institutions that receive such funds, notes Firehouse Curator Chris Thompson, who explains that this particular pot is intended to support artists and organizations “that do challenging and experimental work in particular.”

That description speaks to the evolution of the Firehouse over the past decade or so — not just of the physical facility, which has undergone extensive renovations, but of its mission to present cutting-edge work by both local and national artists. That emphasis has indeed “challenged” some local gallery-goers. But the Warhol award indicates that Burlington’s municipally owned art center not only is on the national radar but is competitive with larger, and better-endowed, institutions. “We’re thrilled that they think we’re doing work that’s as good as all the other work they see,” says Thompson. “This [grant] also allows me to tap into their expertise, things they’ve learned from other organizations.”

How will the grant money be spent? On three exhibition catalogues this year, more elaborate presentations and more technology, among other things, Thompson says. And, indeed, the 2009 schedule looks like a doozy. The first exhibit, “Combat Paper,” will turn the gallery into a paper-making studio — essentially moving part of Burlington’s Green Door Studio from Howard Street to Church Street. From February 20 to April 10, Vermont artists and Iraq war vets Jon Turner, Drew Cameron and Eli Wright will demonstrate the Combat Paper Project: cutting, grinding and cooking military uniforms into pulp and then forming them into sheets of paper and works of art.

That transformation allows veterans to “reclaim their uniforms as art and begin to reconcile their experiences as soldiers in Iraq,” according to exhibition notes. “Gradually the gallery will get filled up with art,” says Thompson. “We’re turning the keys over to them so they can work as late as they want.” Workshops, performances and readings for the public accompany the process.

Other exhibits will bring such novelties as hugely inflated balloons in the shape of microscopic organisms and a gallery-sized video arcade, as well as eco-conscious explorations and installations well beyond the Firehouse walls. Sounds like Thompson is turning “experimental” into “experiential.”