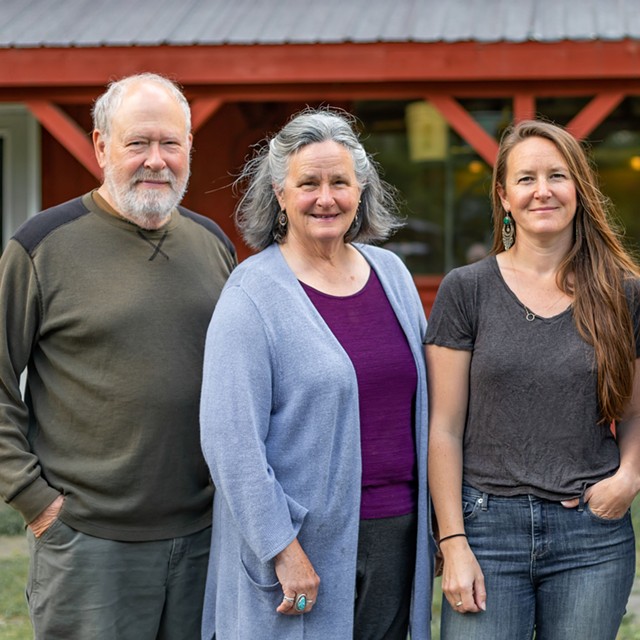 Fat Toad Farm, a Brookfield company that makes a popular goat milk caramel, has been sold to Butterfly Bakery of Vermont, a hot sauce company that will manufacture the caramel at its facility in Barre.

Fat Toad founders Judith Irving, Steve Reid and Irving's daughter Calley Hastings started their caramel business in 2007 in an outbuilding at their home, where they once used to keep goats themselves and make goat cheese. In late 2015, they sold their goats to Ayers Brook Goat Dairy in Randolph and used milk from Vermont Creamery to make the caramel sauce.

As they developed the business, the three struggled to compete for shelf space within the national supermarket distribution system. They ultimately decided to scale back and found success using local distributors and mail order to sell their caramel.

The sale went through on August 24, the company announced this week on Facebook.

“We’re so excited for this new beginning and know that the Fat Toad Farm community is in good hands,” the founders said in a post.

Butterfly Bakery of Vermont makes baked goods, hot sauce and mustard, and also packages food for other small producers, according to the company’s website. Owner and founder Claire Georges started the bakery in 2003; in 2014, she hired her first employees and started making hot sauces that the company says are now sold around the world.

Butterfly Bakery says all of the maple syrup and chile peppers used in its products are grown within 200 miles of its Barre cannery.


The founders of the two companies met 15 years ago at the Capital City Farmers Market, according to a history on Butterfly Bakery's website.


Fat Toad has gained a devoted following with its creative and high-end collection of caramel sauces. The caramel can be found on Amazon and an array of smaller specialty food websites. The Maynard, Mass., brewery Amory’s Tomb, which sells Fat Toad’s salted bourbon caramel online, advises shoppers to pair the caramel with nutty alpine and gouda cheeses; drizzle it over grilled stone fruit or bacon; or spoon it over candied nuts.

Fat Toad was named the Vermont Small Business Administration’s family-owned business of the year in 2018 and took home honors from the Good Food Foundation awards in San Francisco in 2019 and 2020. Its labels feature artwork by the family's Brookfield neighbor Ed Koren, an artist who has worked as a cartoonist for the New Yorker magazine for 60 years.

In May 2021, Fat Toad won a $20,495 Northeast Dairy Business Innovation Center grant to create and market an interactive virtual tour of a nearby goat farm and its production process.

“Well if the goats are happy them [sic] I’m happy,” one fan wrote on Facebook in response to Fat Toad's announcement. “You’ve made us smile over the years.”