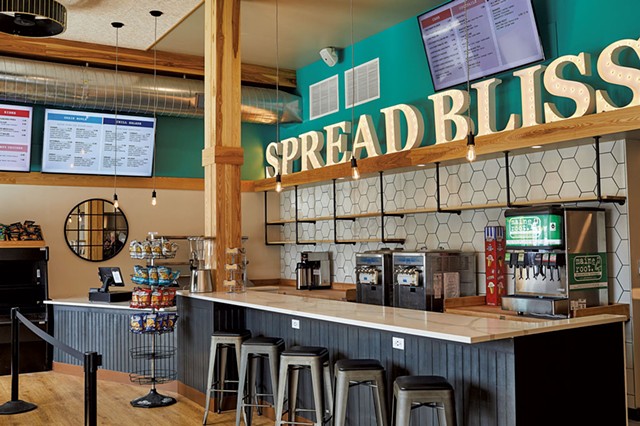 The Farmhouse Group will launch its fifth restaurant this week: Bliss Bee at 28 Walnut Street in Williston. The casual, counter-service eatery is set to open on Thursday, according to Jed Davis, owner of the Farmhouse Group. Serving lunch and dinner, Bliss Bee will offer burgers, salads, grain bowls and shakes, as well as cocktails, beer and wine.

The Farmhouse Group is on track to open yet another restaurant this spring when it unveils the Winooski branch of El Cortijo, the taqueria and tequila bar on Bank Street in Burlington, according to executive chef and co-owner Phillip Clayton. In addition, the group plans to open a second Bliss Bee in South Burlington next fall.

The first restaurant owned and operated by the Farmhouse Group, the Farmhouse Tap & Grill, opened nine years ago in downtown Burlington.