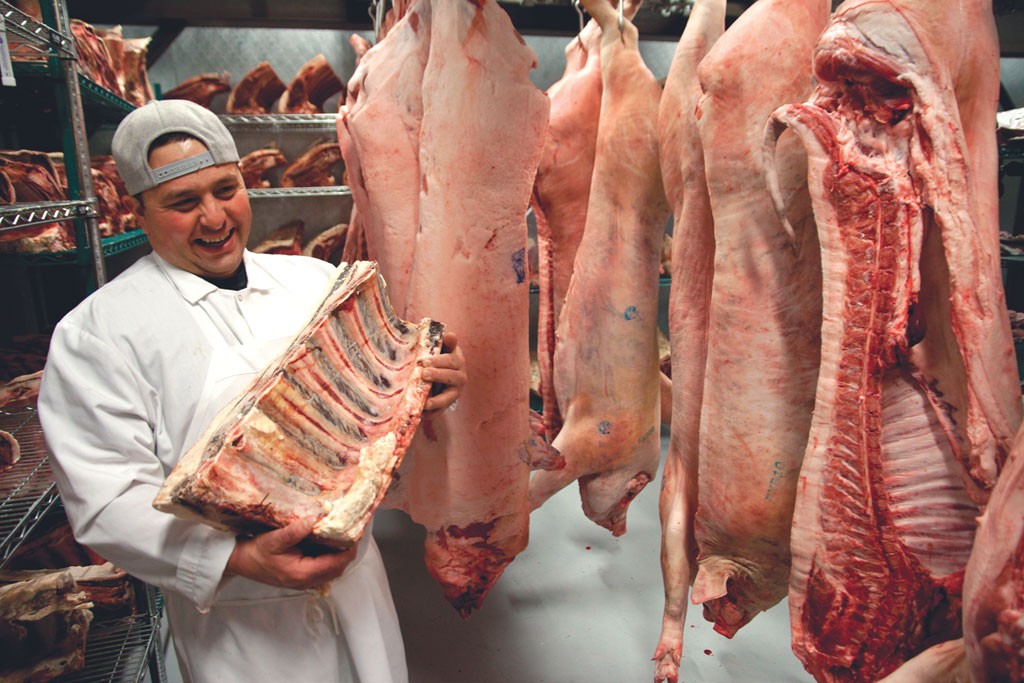 "I wouldn't say we're closing," says Farmhouse Group owner Jed Davis of Winooski's Guild Commissary. Call it what you will, but the facility that began supplying the group's restaurants in 2013 is slowly leaving that role behind.

One reason for the commissary's decline is the long-awaited opening of LaPlatte River Angus Farm's processing facility: About 90 percent of Farmhouse Group's beef comes from LaPlatte. Now the Kleptz family's cattle can go from pasture to slaughter to aging without leaving their Shelburne farm.

"They'll process all of the LaPlatte beef that we buy for us. It's fantastic for them, too. It's something they've been working on for a while — they've been literally building it themselves," Davis says of the Kleptzes' facility. Customers are already seeing the rewards of lower overhead: Farmhouse has lowered its burger price by $1.

Fans of Guild bacon are also in for a treat. In recent months, that bacon disappeared from store shelves because the commissary could only produce enough to supply its own restaurants. Now Vermont Packinghouse in Springfield, which cures bacon on a larger scale, will take on the task. "We will have the retail product back very, very soon," Davis says. The Springfield plant will also use Guild's recipes to produce deli meats and sausages from whole animals that come to the slaughterhouse.

As for baked goods, Bristol Bakery & café now produces Farmhouse's trademark burger buns. Baker Kevin Harper may even make enough to allow the group to get them on grocery shelves, says Davis.

What of the jobs that the commissary once supported? Butcher Frank Pace is gearing up for the catering season, while Guild Fine Meats chef Tom Deckman has moved over to purchasing. Former baker Samantha Noakes left Vermont late last year for her native New Hampshire. The other employees at the commissary were all offered jobs at the restaurants, says Davis.

The original print version of this article was headlined "Meating Demand"