Farmers Run Afoul of Labor Laws — and Pay for It

On a sunny, blustery afternoon last week, Asa Manning maneuvered a tractor carrying a large round bale of haylage into the barn at Butterworks Farm, a bustling Westfield organic dairy and granary. Upstairs, in the small milk-processing plant, Theresa Peura shuttled quarts of yogurt, made from milk from the farm's big-eyed Jerseys, from the filling machine onto a cart.

One of these jobs — Manning's — is considered agricultural labor under the Fair Labor Standards Act, so it is exempt from regulations such as overtime. The other one — Peura's — isn't exempt. Failing to draw that distinction has landed some Vermont farms, including Butterworks, in hot water with the U.S. Department of Labor.

DOL has investigated 22 Vermont farms since January 2013, according to its regional hours and wage division. The result? Farmers — many of whom were reportedly surprised to learn that they weren't in compliance with labor law — faced civil fines and hefty bills for back wages. The bills ranged from a few thousand dollars to six figures, according to Alyson Eastman, an Orwell bookkeeper and accountant who specializes in farm labor.

In the case of Butterworks, a DOL investigation initiated in April 2013 included 30-minute interviews with current and former employees, as well as a detailed examination of payroll records dating back to 2010. It turned out the company owed $11,000 in back wages.

Jack Lazor said he had no idea he was violating the labor law. "It took the wind out of my sails for a while," said the congenial, bearded owner of Butterworks Farm, an elder statesman in national organic farming circles. He soon learned that if a worker doing approved agricultural tasks spent even an hour or two processing yogurt or milling grain, all of his or her labor in excess of 40 hours a week — regardless of how it was spent — would be subject to overtime pay.

Turning that milk into yogurt or kefir? Nope.

Milling flour in the granary? Nope. 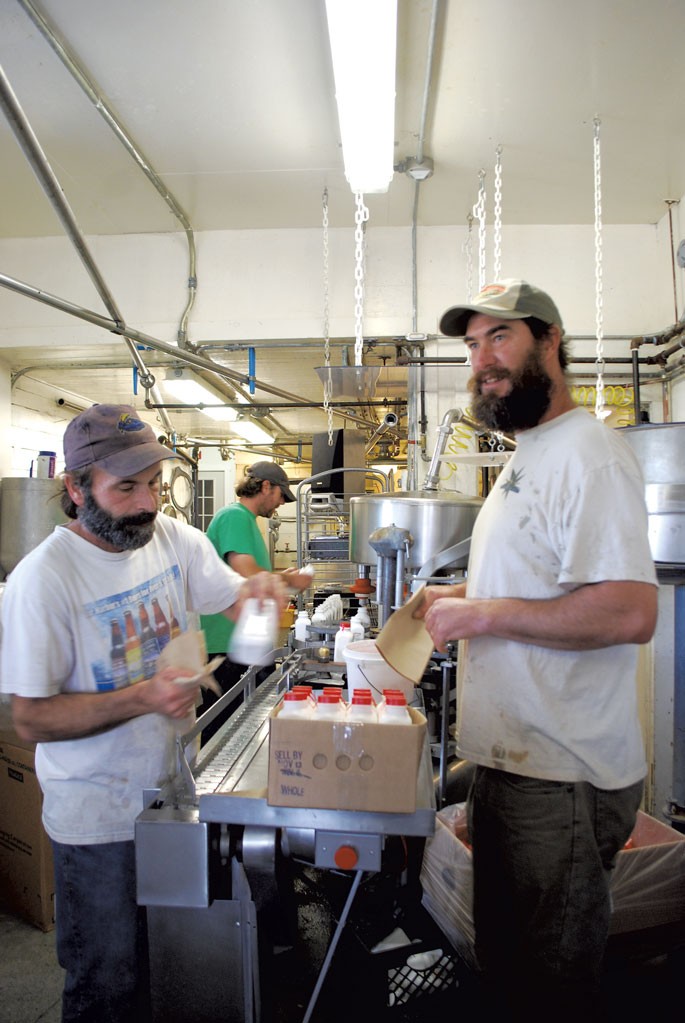 The unexpected bill threw Butterworks for a loop. Overtime just isn't in the budget, Lazor said. Some of his employees were already making relatively high wages — up to $17 an hour. The time-and-a-half rate for overtime bumped that to more than $25 an hour.

"We're still farmers," said Lazor. "We get up, we milk cows, we grow grain. We've got to fix our tractors like everyone else." By adding items like "make yogurt" and "dry black beans" to the to-do list, he said, Butterworks "lost the advantages" other farms enjoy.

Agricultural labor is afforded certain exemptions under the 1938 law that gave Americans the 40-hour work week. Ag workers don't qualify for overtime pay — and in some cases, farmers are even exempt from paying minimum wage. The exemptions derived from a congressional desire to protect family farms and recognize the variability of seasonal work, said Daniel Cronin, who directs the Manchester, N.H., office of DOL's wage and hour division.

But when farms begin diversifying — by making value-added products such as yogurt or apple pies, or aggregating products from other farms, for instance — their workers can lose those exemptions.

One farmer said the crackdown has done more harm than good. Speaking on condition of anonymity, the individual suggested that some agricultural colleagues have capped the number of hours employees can work in an effort to avoid overtime, causing some of those workers to move on to other jobs.

A number of larger Vermont farms have also reportedly cut their internship programs for fear of running afoul of DOL, according to the same farmer. "Education" is not an acceptable form of compensation. 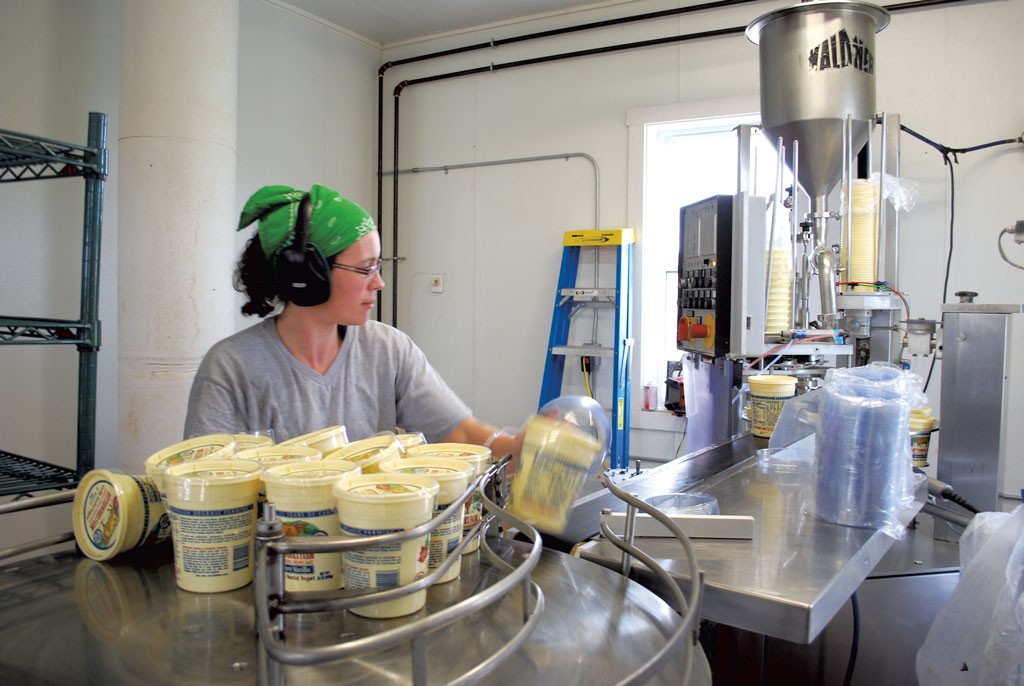 Lazor isn't taking any chances. When a young New York farmer offered to work in his granary in exchange for the experience — and valuable livestock feed for her pigs — he wound up paying her minimum wage, just to be safe.

Cronin said the ramped-up enforcement came at the urging of higher-ups at DOL, and that agricultural labor was a matter of interest in particular because the workers — sometimes migrants or seasonal labor — can be a vulnerable population.

"We were encouraged to check agricultural compliance in all areas of our office," said Cronin. Manpower had been a limiting factor in the past, but with more boots on the ground in the form of additional investigators, Cronin said, "We had more resources to invest, and were reminded to make sure that we were following the operating plan."

Cronin acknowledged that the violations, in some cases, came as a result of farmers following the advice of local and regional agriculture specialists.

"Farmers are encouraged to become more profitable," said Cronin, noting that state and regional ag officials promote value-added processing as a way to make farms financially viable. "However, when they change the raw and unmanufactured state of the agricultural commodity," Cronin said of Vermont farmers, "it can take them outside the definition of agriculture."

It didn't help that the messenger, Vermont investigator Kelly Connelley, sometimes showed up unannounced and flashed her badge, according to Lazor and others. With "guns blazing," as one farmer put it. Others have received letters in advance of DOL's visits.

Since the investigation of Butterworks, Lazor has made changes. Some employees have been promoted from hourly to salaried positions. Hourly ones are scheduled so they are less likely to work overtime.

But it's not always possible.

"In farming, you make hay while the sun shines," said Enid Wonnacott, the executive director at the Northeast Farming Association of Vermont. That means long hours in a short window.

And the nature of work on diversified farms doesn't necessarily fit neatly into DOL's definitions of agricultural versus nonagricultural labor. At harvest time, pickers can put in countless hours, without overtime pay, harvesting fruit. But processing that fruit into jam or pies or cider — which happens at the same time of year — doesn't qualify for the same exemption.

"Nobody works under 12- or 14-hour days in farming in the summer," said Wonnacott.

According to Wonnacott, the labor crackdown has had unintended consequences: Involving workers in the farm-to-table arc of a food product is suddenly much more complicated. Some larger operations are drawing bright lines between "ag" and "processing" staff — although even that isn't always possible during the busiest times of year. And for workers who want to learn about both growing food and value-added processing, those distinctions can be frustrating.

But Eastman doesn't have much sympathy for farmers who complain about the enforcement of the standing law. She points out that other food producers who aren't also farmers have never enjoyed agricultural exemptions.

"You can't have your cake and eat it, too," said Eastman.

She urged farmers to simply ask if they have questions about how they should apply often-complicated labor laws to their own farms. So did Cronin, at the regional DOL office, noting that the federal investigators are prohibited from opening an investigation based on a farmer's query.

As Wonnacott sees it, the message from DOL today is, "We want to work with farmers." And after a flurry of workshops and forums in recent months, she believes more farmers do understand the rules.

"There's a whole other conversation of, are these the right regulations?" said Wonnacott. "Are these farmer-centric enough?" And: Do they make sense in light of changing agricultural practices?

Wonnacott, for one, doesn't think so. She sees little "common sense" in applying the same regulations that govern massive, industrial-scale agriculture to small, diversified farms. But she acknowledges there's little chance that a handful of small producers in Vermont could influence U.S. ag policy.

"It's all federal labor law," agreed Lazor. "There's no debating it."

This month marks 35 years since Butterworks Farm acquired its milk-handling license. What started with a family cow and experiments in the Lazors' kitchen grew, slowly, into a business that today employs 12 workers and does $1.3 million in annual sales. Jack and Anne Lazor, now in their 60s, are exploring the possibility of converting Butterworks to an employee-owned model as they transition out of the business.

But profit margins are tight, which explains the difficulty posed by the overtime issue. The Lazors, for instance, dropped their health insurance in 2008 — it just wasn't in the budget. When Jack Lazor wound up in the hospital for eight days last year with cancer and kidney failure (a condition now kept in check with in-home dialysis), he faced bills totaling more than $40,000. Customers and fellow farmers banded together to raise the money to cover those costs.

Lazor is vastly healthier today than he was at this time last year. "We live in a beautiful place, surrounded by a lot of nice people," he said. He tries to focus on the positive. Even so, Lazor, who describes himself wryly as a food radical and rebel, is still smarting after his dustup with DOL.

He's at work on a second book for Vermont publishing house Chelsea Green after his guide to organic grain growing was released last year. In light of his recent experience, though, Lazor will likely add a cautionary postscript or two to his Letter to a Young Farmer, as the new book is currently titled.

"What it boils down to, you start out by dipping your big toe into the system," said Lazor. "And then the rules and the regulations start creeping up your leg. Right now I feel like I'm about up to my eyeballs."