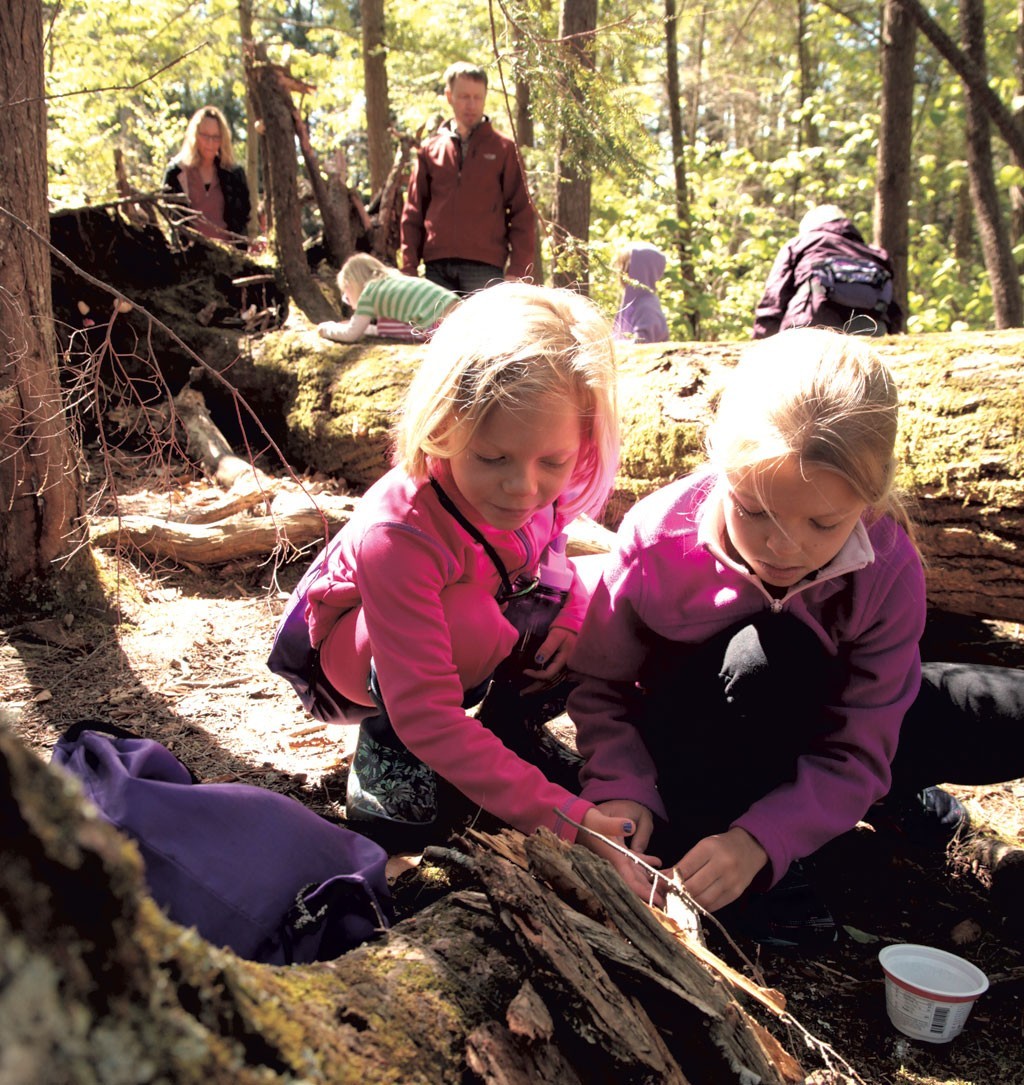 Fairies are famously elusive. But keen-eyed kids know that all it takes is a little time in nature to find — or build — a fairy house.

Half a dozen such preschoolers gathered in a field at the Green Mountain Audubon Center one recent morning to make magical miniature dwellings from natural materials. Early-childhood-education specialist Sophie Mazowita, who led the workshop, called the children — several of whom wore colorful flower crowns and fairy wings — together into a circle.

"What makes a good fairy house?" she asked.

Building on their enthusiasm, Mazowita launched into a story about how fairies are born. It all begins with a special flower: trillium. Each of its three white petals has a pink stripe down the center, she explained. When the flower goes to seed, the enchanted petals fall off. If you catch them at midnight, you will turn into a fairy.

After passing around some images of fairies, the kids got down to business. Mazowita showed the group photographs of fairy houses and helped them brainstorm a list of building items they could find in the forest around them. 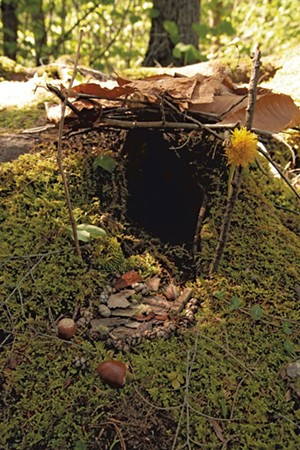 Before leading the group to Hemlock Swamp — the most magical spot on the Audubon property, Mazowita promised — she handed out containers for collecting leaves, seeds, acorns, pinecones and anything else that caught the young architects' attention.

They set out for the swamp at a leisurely pace. The kids pretended to be fairies, hiding behind trees when Mazowita called out, "The humans are coming! The humans are coming!" On the far side of a bridge stretching over the swamp, they came across a large, moss-covered log with partially exposed roots. Mazowita invited the group to explore the sun-dappled spot and find a place to create their own spritely abode.

Four-year-old Hadley Abbene quickly set to work, converting a fairy house left by a participant of an earlier workshop into a horse stable. She used sticks to create stalls and piles of grass for horse food. Then, she moved to the base of two neighboring trees, which came together to form a V, and covered that hollow with a roof made of sticks, moss and a mushroom.

A mother asked her daughter, who was busy building, "Do you want to walk around and check out everyone else's?"

Another mom asked her child, "Can I take a picture? Or are you still working?"

"I'm still working," said the girl, her eyes fixed on the project in front of her.

Nearby, two sisters collaborated on a house next to the giant log. Using deadwood, they created a roof over large tree roots. Acorn shells served as bowls on a rock table. Leaves served as a blanket on a fairy bed of moss; pinecones and acorns filled a pantry made of small twigs.

After about an hour of building, Mazowita called the group together to admire their finished fairy houses. She brought the workshop to a close by reading a poem about searching for a fairy house in the hopes of discovering a fairy. The kids listened attentively, looking as enchanted as the little dwellings they had created.

How did fairy houses get so popular with the kiddie set? Thank Tracey Kane. Wandering the coast of Maine as an adult more than a decade ago, the New Hampshire-based artist happened upon fairy houses families had built together. She was so captivated by the creative, natural structures that she decided to write a children's book on the subject.

Fairy Houses, published in 2001, led to a 2004 DVD, Kristen's Fairy House, and later to more books. Kane sprinkles a little pixie dust on Vermont this month. She'll read from her books and show photos of whimsical fairy habitats at the Justin Morrill Homestead in Strafford on Saturday, July 18. Visitors can check out the historic site's brand-new fairy village and create their own diminutive dwellings. Preregister for the event by July 12 at 765-4288 or director@morrillhomestead.org.