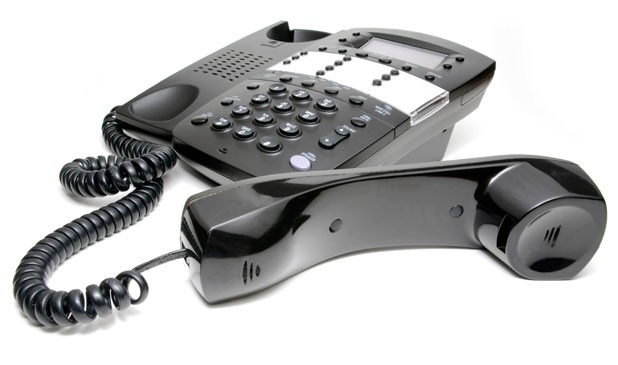 FairPoint Communications, Vermont’s largest provider of landline telephone service, is reeling from technical breakdowns and financial distress, causing some analysts to question whether the company can survive.

These skeptics may feel entitled to a “we-told-you-so” attitude. They warned last year that state regulators were making a mistake in approving FairPoint’s $2.3 billion acquisition of Verizon’s landline and Internet business in Vermont, Maine and New Hampshire.

Slapped with an ultimatum from Vermont’s Public Service Department to clean up its mess by June 1 or ax its top executives, FairPoint acknowledged last week in a document sent to the department that “we are not servicing some of our customers at an acceptable level, and we’re not seeing improvement in some of our service levels quickly enough.”

A twice-postponed switchover from Verizon’s computer systems to FairPoint’s, finally carried out in February, has had a chaotic outcome for thousands of the company’s northern New England customers. The transfer has proved “a fundamental failure,” in the view of Vermont Public Service Commissioner David O’Brien. FairPoint says its customer service center has been overwhelmed by three times the normal number of queries and complaints, with some 350,000 calls logged in March alone. Many of the callers have endured long waits, says FairPoint Vermont spokeswoman Beth Fastiggi.

Ironically, the company’s customers cannot check their billing status online unless they first contact FairPoint by phone to set up an electronic account.

Billing disorders account for most of the calls, says Fastiggi. Some customers are complaining that they received their March bill prior to February’s or have gotten no bills at all, while others point to errors in FairPoint’s charges. And this is only the latest snafu. Last September, a malfunction in FairPoint’s system resulted in a two-hour outage of the 911 emergency line in northern Vermont. Hundreds of homes in southern Vermont were left without wired phone service for days in December due to slow repairs of lines downed in an ice storm.

The February “cutover” from Verizon’s 600 software programs was an enormously complex undertaking, notes a consulting firm retained by regulators to monitor FairPoint’s performance. “Some service degradation for customers was inevitable, no matter how much care was taken,” says an April 1 report compiled by the Pennsylvania-based Liberty Consulting Group. “Nevertheless,” the consultants add, “the magnitude of the disruptions and the impact on the customers from FairPoint’s systems transition has been much larger than anticipated.”

Liberty’s report expresses doubt that FairPoint will be able to keep its promise to “reach a normal business operating environment” by June. The report points out that FairPoint’s “senior leadership has continued to make statements that understate problem severity and overstate success in fixing them.” Rectifying operations may require “permanent executive level change” in the North Carolina-based telecom company, the Liberty group conjectures.

Such a possibility was also posed a day later by the Vermont Public Service Department. It called for FairPoint to adopt a “stabilization plan” that would entail the removal of the company’s top New England executives if substantial progress on customer-service issues isn’t made by June 1. O’Brien, FairPoint’s chief regulator in Vermont, says that, while he has no power to force such a purge, “there are a variety of ways we can apply leverage.”

O’Brien says he’s “absolutely disappointed with how things are going at FairPoint. We will take every step we can to protect the state’s long-term interests.”

In its response to the Public Service Department’s threats, FairPoint says it is taking measures to ensure that it “returns to normal business intervals” by the end of June.

State regulators should have seen this train wreck coming, says Mike Spillane, business manager for the Vermont local of the International Brotherhood of Electrical Workers. The leader of the union representing many of FairPoint’s 560 workers in Vermont says “some people in the state of Vermont deserve to lose their jobs” for failing to gauge the risk of approving the transfer to a small company that more than quintupled in size as a result of acquiring Verizon’s 1.8 million landlines and Internet connections in northern New England. “They have jeopardized the economy of the state and lots of good-paying jobs,” Spillane says in regard to the Vermont regulators.

The union leader “conveniently” forgets that Verizon was not offering satisfactory service or making needed investments when it operated most of Vermont’s landlines, O’Brien says in response to this charge. He points out that the sale to FairPoint was rigorously reviewed by not just Vermont’s regulators, but those in Maine and New Hampshire as well.

FairPoint’s financial condition appears dire to the Standard & Poor’s Ratings Service. In an assessment last month, the Wall Street monitoring firm drove its credit rating for FairPoint further into the junkyard. Noting that FairPoint’s stock has lost 94 percent of its value since September — closing on Monday at 77 cents a share — Standard & Poor’s offered a gloomy view of the company’s long-term prospects.

O’Brien agrees that the company is “potentially in jeopardy” of going under. If FairPoint does have to declare bankruptcy, its Vermont customers would be protected as part of a court-sanctioned reorganization plan, O’Brien says. Asked if that might still involve disruptions in phone service, O’Brien replies, “There are disruptions now.”

Like other companies in the legacy landline business, FairPoint is losing thousands of customers to wireless competitors. It inherited roughly 1.3 million residential and business access lines in northern New England from Verizon and saw that total drop by about 150,000 during 2008. The possibility of ongoing losses of similar magnitude raises “valid concern” about FairPoint’s chances for survival, says Bill Shuttleworth, director of the Vermont Telecommunications Authority.

But Shuttleworth, who himself no longer subscribes to a landline service, isn’t ready to predict doom for FairPoint. “The big question is whether the problems they’re encountering are systemic or just routine bugs,” he suggests.

Local labor leader Spillane also refrains from drawing apocalyptic conclusions. He notes that financial experts retained by his national union calculate that FairPoint has about $200 million in hand and thus “aren’t too worried” about the company’s immediate outlook. Standard & Poor’s shares that sanguine short-term view.

“The positive side is that there are businesses out there who want to do business with us,” Spillane says. And he sees the company “getting a hair better every day” as it struggles mightily to solve its customer-service problems. “FairPoint can still succeed,” Spillane says, “but it’s not going to be easy.”

How is FairPoint Treating You?