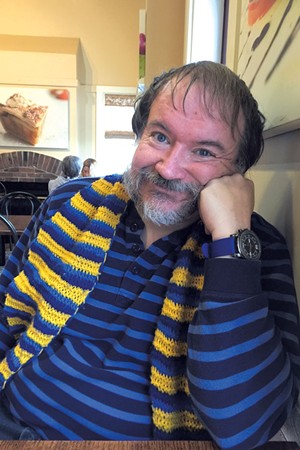 For decades, Brookfield composer Erik Nielsen has contributed memorably to the Vermont music scene, with original compositions for chorus, instrumental ensembles and even the locally set opera A Fleeting Animal: An Opera From Judevine.

For much of that time, Lars Nielsen, Erik's younger brother, was wordsmithing a few miles down the road in Northfield, where he moved with his wife and two sons in 1989. Lars' plays, poems, fiction and other works are comparatively less known. He wrote many of them during his 13 years working at Norwich University in administration and teaching.

Lars died last June at the age of 63 of a glioblastoma, the most aggressive form of brain cancer. While memorials have already occurred, Erik has organized a performance event celebrating his brother's writing for this Sunday, May 26, at the Unitarian Church of Montpelier. Featuring selected works by Lars, including two set to music by Erik, it's intended to bring Lars' creative output to wider attention. Donations made at the celebration will go toward the newly established Lars Nielsen Scholarship Fund at Norwich University.

The program begins with readings of Lars' poetry and prose, then moves to his short comedic play "The Aspirants." The play premiered a decade ago at TenFest, a festival of 10-minute plays presented by the Valley Players in Waitsfield in collaboration with the Vermont Playwrights Circle in Montpelier. Lars wrote it while meeting monthly with the latter group, says founder Kim Ward, and his participation over nearly a decade was vital.

"The Aspirants" is about a plane filled with people who all want to be someone else — except, ironically, an actor, who slowly realizes what kind of flight she's on. Ward directs and acts in it.

Next on the program is "The Falling of Trees," a song cycle for baritone and quartet. Erik describes the work as "our big collaboration." When Lars turned 50, he asked Erik to set to music a series of poems he had written about Karl Nielsen — the oldest Nielsen brother, who had also died of brain cancer, in 1998. Northern Third Piano Quartet will perform the work with baritone Thomas Beard.

That collaboration inspired Erik to ask Lars, when the latter was diagnosed, if he could set to music Lars' Jewish High Holy Day verse "A Psalm for a New Year." (Lars' widow, Isabel, is Jewish, and Lars converted after their marriage.) The program ends with this work for chorus and solo viola, performed by a group of singers conducted by Jessica Pierpont, with Elizabeth Reid on viola. 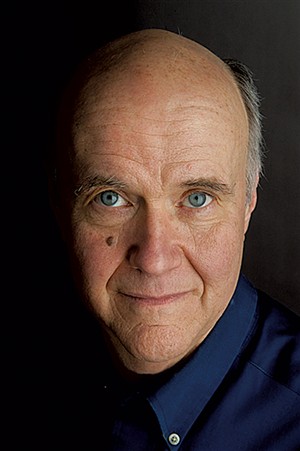 Lars was routinely described as "beloved" by members of the Norwich University community and others contacted for this story. Ro Pelletier, who directs the graduate programs in public administration and information security and assurance, knew Lars first as her associate program director for administration.

"And then we became really good friends," she says. "If you've ever heard of someone being a very good person, that would be Lars. He loved the arts. He would bring me back things from museums, and we would talk and he would listen. He listened closely and carefully and valued everything you said."

Lars earned a master's in international diplomacy from Norwich, where he taught political science and history to undergraduates. Pelletier, who had grown close to the family, suggested they honor his memory with a scholarship. Norwich's only graduate-level scholarship, the fund will help a student or students earn a master's in history at the college of graduate and continuing studies, with preference given to Norwich undergrad history majors.

The Lars Nielsen Scholarship Fund has reached $18,000 with donations from family, faculty and staff; the university will begin to distribute it when it reaches $25,000, according to Reed Curry of the development office. The celebration of Lars' writing may help bridge the gap.

Lars touched many lives, according to Ward. "He was a mentor-type person for many people. He was very focused on helping people be creative, whatever their age," she says. "Erik's really famous in Vermont; people know who he is. But Lars was as talented and creative."