Enter to be Vermont's Next Cabbage Patch Kid 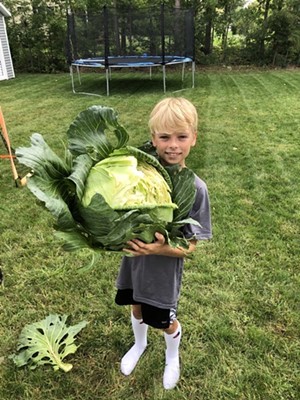 Got a third grader with a green thumb? Now's the time to sign them up for this year's cabbage-growing competition, organized by Bonnie Plants. The Alabama-based company will send participants a cabbage plant, along with instructions on how to care for it. A winner in each state, chosen in October, gets a $1,000 scholarship, along with bragging rights.

Nathan Gardzina, a third grader from Malletts Bay School in Colchester, was Vermont's 2021 winner. Even with minimal gardening experience, he managed to grow a 13-pounder.

Nathan’s third grade teacher, Thomas Jacobs, was “blown out of the water” that Nathan was the state’s winner. Jacobs owns a flower farm in Moretown with his wife, Bridget Harty, called Farmhouse Flowers. He decided to grow his own cabbage separately during the contest using a different variety.

“It’s kind of funny,” said Jacobs. “One of my students outgrew me.”

Anne Rayner-Cyr, a third grade teacher at Mallets Bay, coordinated the program for the entire grade and said it was the first time the school had participated. She learned about it through her college-age daughter who was interning at a newspaper and profiled a student in Massachusetts who grew that state's largest cabbage.

Rayner-Cyr said the experience was perfectly timed to mesh with the third grade's life cycles curriculum. Students were already planting seeds in Ziplock bags and transplanting some hydroponically to study their growth. Bonnie Plants collaborated with the Vermont Agency of Agriculture, Food and Markets to deliver trays of cabbage seedling starters at the end of the school year to divvy up to students to grow over the summer. Students who didn’t have a home garden space used the school garden beds.

“I wish you could have seen their little faces when they brought their cabbage plants home. They treated them just like little babies,” said Rayner-Cyr. 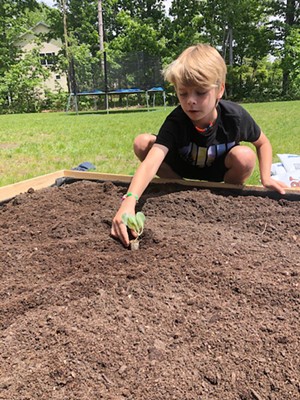 Nathan was one of 500 students across Vermont who participated last year, from schools in Wilmington, Westminster, Vernon, Brattleboro, Fairfax and Bennington. Homeschoolers and third graders whose schools aren't participating can sign up on their own. The nationwide program, which began in 1996 and exists in every state except Hawaii and Alaska, gives out $48,000 to all 48 state winners each year.

“Our founders figured out that the third grade level was peak interest from the students,” said Angela Thomas, corporate communications manager for Bonnie Plants. Thomas said the program took a hiatus in 2020 due to COVID-19 but re-launched last year to the delight of educators who were excited to have a hands-on outdoor project that didn't involve sitting in front of a screen. Thomas said kids get an oversized cabbage variety that is known to grow large and “looks really cool next to elementary-aged kids.”

Nathan grew his cabbage at home in a raised bed about 4 x 8 feet and watered it daily.

“Everyday I looked outside and it got bigger,” he said. 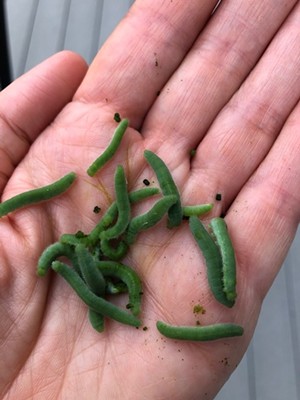 To help it thrive, he had to keep his cat away from the seedling and remove cabbage worm pests for a few weeks. His efforts paid off. He won the contest, and fed his family for weeks — or at least his mom, Leslie, who ate cabbage soup, sautéed cabbage and a lot of salad.

Learn more about the Bonnie Plants Cabbage Program here. The contest is free to enter, and the deadline to register is March 21.