Side Dishes: A pair of Nepalese markets debuts in Winooski 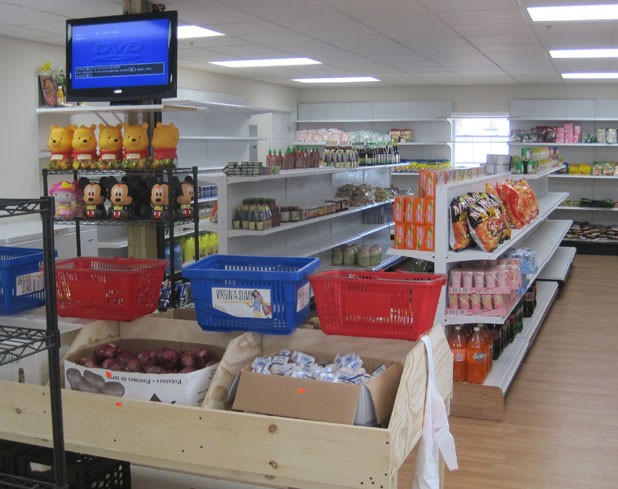 Namaste Asian Market can be hard to find, despite its central location at 235 Main Street in Winooski. The final storefront in its block, which faces away from the street, is easy to miss if one doesn’t notice its sign featuring praying hands.

That would be a mistake. The store, which opened on June 1, is still in the process of getting a full stock, but even now its wares encompass an uncommon variety of treats. Owner Bishnu Gurung, a native of Nepal, sells dry goods from her homeland, but the incense-filled market also showcases tastes from far beyond the mountains of Nepal.

The counter is stacked with fresh duck eggs, along with handcrafted miso soup mix and Filipino-style sio- pao chicken buns.

Ramen mixes and a wide variety of noodles fill the back of the store, while snacks such as Japanese Yan Yan candy and Calbee chips are in front. Gurung, who splits her time between Namaste and working at a senior residence, was unavailable for an interview, but an employee said her goal is to provide “food people eat every day, not things that are going to be sitting on the shelf for months or years.”

The same can be said of Good Luck Asian Market, at 32 Malletts Bay Avenue — the former home of A Taste of Europe, now in Colchester. Babitra Sapkota, who runs the store with her husband, Lalit Adhikari, also hails from Nepal. Their store focuses on tastes of the Himalayas, with prepared paneer, miniature eggplants and chiles in the refrigerators, while lining the shelves are gram flour, exotic spices and powder to make the dessert gulab jamun.

Sapkota says that demand from the Nepalese community encouraged her and Adhikari to open the store, but the rest of the neighborhood has urged them to expand their offerings. “We’re going to do all over,” she says. “We’re going to have every people from Asia, and we like to have American people, too.”

With little overlap between the two stores, both owners hope to find a strong clientele among immigrants and lifelong Americans alike.