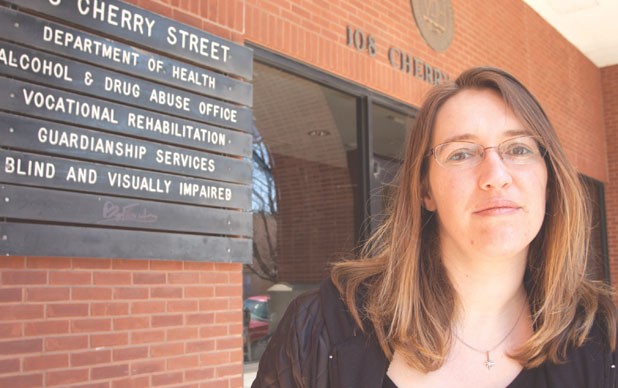 Buried in a run-of-the-mill drunk-driving case moving through Washington County Superior Court are some explosive allegations made by two chemists employed in the breath-testing program at the state Public Health Laboratory.

In written complaints entered as evidence in the DUI case, state chemists Darcy Richardson and Amanda Bolduc claim that the lab technician responsible for maintaining and certifying the breath-test devices used by Vermont police employed questionable methods over a period of years and that laboratory supervisors did nothing to correct it.

Richardson and Bolduc wrote the complaint letters to lab supervisors about a year ago. In them, the chemists allege that lab technician Steven Harnois manipulated DataMaster DMT breath-test devices so they would “pass” routine performance tests, and that he failed to maintain records documenting such tests and demonstrated “a complete lack of understanding” of how the instruments work.

Now two well-known criminal defense attorneys — David Sleigh of St. Johnsbury and Frank Twarog of Burlington — have teamed up and are using those statements to attack the credibility of the alcohol-testing program and to press for a full accounting of the alleged problems at the state health lab. Their vehicle for doing so: three clients from central Vermont who face DUI charges after DataMaster breath tests indicated their blood alcohol content exceeded the legal limit.

Sleigh and Twarog, both practiced in DUI defense, learned of the alleged problems from Richardson after she resigned from the health lab last summer to become a private consultant. Sleigh later obtained the complaint written by Bolduc, who still works at the lab and is the state’s sole expert witness on breath testing.

Under questioning by the lawyers on March 18, Mary Celotti, the director of the state health lab, confirmed that Harnois had indeed been investigated as a result of complaints. But she refused to discuss the findings. Three days later, Sleigh filed a “motion to compel” asking a judge to force state health officials to answer questions and produce documents that would shed light on what the chemists are calling a “cover-up.” The judge has yet to rule on that request.

The Vermont Department of Health has since released a two-page summary report of its investigation of Harnois that admitted record keeping could be improved but concluded the lab tech did nothing unethical. Sleigh is calling the report a “whitewash” and says he won’t drop his court motion until he has questioned under oath every health official involved.

In the meantime, Richardson is talking publicly about what she says were protocol breaches within the alcohol-testing program. In an interview, Richardson says Harnois’ “unethical behavior” was one of the reasons she resigned from the lab after eight years to start her own firm.

“I had raised the problems to my supervisor over the years, and nothing had been resolved,” she says.

To understand the chemists’ complaints, it helps to know something about DataMaster instruments and how they work. The DataMaster DMT is a tabletop device that vaguely resembles a fax machine and uses infrared light to detect alcohol in breath samples. For Vermont law enforcement, the instrument has been an indispensable weapon in the war on drunk driving, helping police and prosecutors secure countless convictions and get dangerous drivers off the road.

While roadside breath tests are sufficient to arrest someone on suspicion of drunk driving, only DataMaster readings — usually done at a police station — are admissible as evidence of intoxication. Over the last few years, the state has spent $400,000 replacing its aging fleet of DataMasters with 67 next-generation models.

Before each use on a drunk-driving suspect, police conduct a test on the DataMaster device using a premixed test solution of known alcohol content. If the machine misreads the sample solution, it shuts down and won’t accept a breath sample for analysis.

What Richardson and Bolduc allege is that Harnois — either to cut corners or because he lacked technical expertise — manipulated the machines to get around that test when the instruments weren’t working correctly. Richardson says the DataMaster DMTs exhibited mechanical and software problems from the get-go and that Harnois’ repair methods at times caused concern.

Richardson says she learned that Harnois had wrapped the jar of solution used to test the Montpelier Police Department’s DataMaster with foam packing materials — presumably to raise the solution to a temperature that would help achieve a “passing” result. In other cases, Richardson says she discovered Harnois had “spiked” the test solution with the organic compound acetone to make it pass rather than addressing and investigating the source of the malfunction.

“The acetone issue was one of the first ones I discovered, and I had thought at the time that we would have to recall all of the instruments that had been calibrated within a certain time period,” says Richardson, who now runs Vermont Forensic Services in Milton. “That never happened.”

As the lab tech, Harnois is the primary person responsible for calibrating and certifying the DataMasters before they are deployed to Vermont police agencies, and for generating the appropriate documentation to demonstrate their reliability. He is also the go-to guy for troubleshooting machines that aren’t functioning properly. All of that work is supposed to be logged and noted so that when the chemists appear in court, they can testify to the accuracy of the breath testers.

In her written complaint from February 2010, Bolduc alleges that Harnois, whom she never refers to by name, failed to adequately maintain the documentation required of the program. Bolduc writes that she “cannot testify to the work performed by our technician because I know he fails to document his actions, both intentionally and unintentionally, and the quality of his work is lacking.

“I am completely at a loss as to what to do,” writes Bolduc. “I no longer have faith in our technician to appropriately maintain the evidentiary instruments. I have concerns in his level of integrity and ethics.”

For her part, Richardson says that she testified honestly and factually about the breath testers in court appearances during the period in question, and was careful not to perjure herself. Richardson says she never brought up the ongoing issues with the health lab because she was never asked about it on the stand.

“I couldn’t volunteer the information, and I wasn’t asked about some of the practices that were going on,” she says in an interview. “I don’t think [anyone] had any basis to suspect that.”

Health department officials initially refused to answer Seven Days’ questions about the chemists’ claims. But on April 4, the department released a statement and a copy of a two-page report, dated July 29, 2010, summing up the findings of its investigation.

“Our investigation concluded that the employees’ allegations of unethical behavior were not substantiated,” laboratory director Celotti said in the statement. “Also, as further assurance of the accuracy and reliability of the test results, the DataMaster instrument has internal controls so that it will not issue a subject test if there was a problem with the instrument test process.”

In the two-page report, Edmond Luce, the health department’s quality systems specialist, found “a few minor deficiencies” in record keeping but concluded the program is “doing it’s [sic] best to maintain complete and accurate records.” Luce’s review revealed that, while the health lab has standard operating procedures for calibrating and certifying the breath testers, it has no such standards for maintaining and repairing them. Troubleshooting DataMasters is “an evolving process,” Luce wrote, so “the allegation of unethical practices is inappropriate and unwarranted.”

Luce added that many instrument malfunctions had resulted from software glitches rather than human error and that he was satisfied with the documentation and rationales provided by Harnois about his handling of the DataMasters.

Messages left for Bolduc and Harnois were not returned.

Celotti was more cagey during a sworn deposition on March 18, when Sleigh asked if she was aware of any instances in which supporting documentation for breath-test devices was not “competently or honestly prepared.”

“I feel that everyone always tries to do their honest job,” Celotti answered, according to a transcript. “But, unfortunately, we have humans working here … Am I saying that no mistakes are ever made? We’re human.”

Sleigh believes the alcohol-testing program should have shut down, launched an internal audit and sought accreditation the moment it learned of alleged falsification — something Richardson says was not done. Instead, Sleigh says, the investigation into Harnois was apparently classified as a “personnel” matter and placed into an employment file where privacy laws make it off-limits to attorneys, the public and the press. What’s more, Sleigh argues that, by not disclosing the complaints about Harnois’ work, the state was hiding exculpatory evidence relevant to any Vermonter charged with driving under the influence.

“At a time when the legislature is thinking about ramping up punishments for DWI, we now see that the lab is cooking the books to falsely represent these machines as reliable and accurate,” Sleigh says.

Echoing Sleigh, Twarog says he isn’t satisfied with the two-page report on the Harnois investigation. “I have a serious concern that people have been and are being convicted on evidence that doesn’t accurately reflect their true alcohol content, their true impairment.”

Washington County State’s Attorney Tom Kelly says he is aware of the chemists’ allegations but remains confident in the reliability of the breath-testing program.

“If we were convinced that we had invalid evidence, we wouldn’t use it,” the prosecutor says. “I have not encountered any problems with the machines, but again, it will be up to the courts to decide whether the challenges have any merit.”