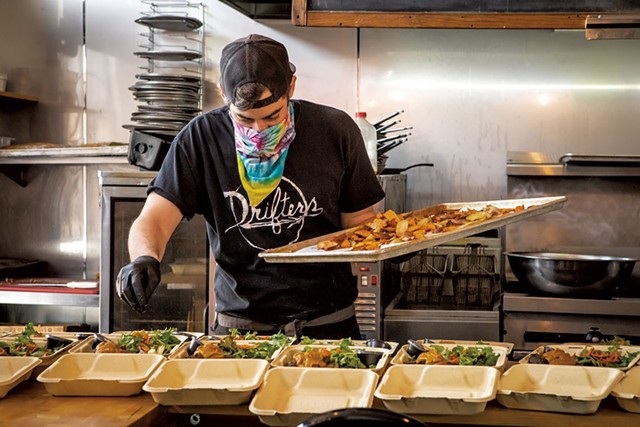 Drifters in Burlington's Old North End will close on April 30, according to the café's social media accounts. The April 12 announcement reads in part: "The decision comes after months of consideration and we can't emphasize enough that we would never have made it through this last year if it weren't for the help of the community."

Run by chef-owner Andrew Ryan, Drifters opened in June 2016 at 156 North Winooski Avenue. The café and bar is known for its vegetarian and vegan food, including root vegetable fries and chickpea fritters. Attempts to contact Ryan were unsuccessful.