Side Dishes: In Burlington, you can get cupcakes — and comedy — ’til late 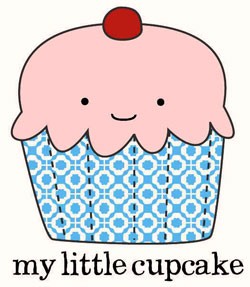 This Saturday, the long-awaited Burlington location of My Little Cupcake opens at 217 College Street. Besides an ever-wider range of mini cupcakes, the new store will cater to a broad clientele with gluten-free, vegan and full-sized cupcakes every day. The Burlington bakery will be open from 10 a.m. to 8 p.m. Mondays through Saturdays; it will close at 4 p.m. on Sundays.

Just a few blocks away, at 9 Center Street, desserts will soon be available even later — till 2 a.m. Comedians Ryan Kriger and Carmen Lagala opened Levity on October 1. Kriger, a Vermont assistant attorney general, says it’s long been his goal to open a coffeehouse. When local comedy hub Patra Café came up for sale this summer, he leapt at the chance to have his own club.

Levity retains many of Patra’s signature items, including Vietnamese coffee, bubble tea and simple panini. However, Kriger says one of his primary goals is to introduce “great and unique desserts.” He and Lagala, who runs the café’s day-to-day operations, are in talks with New England Culinary Institute graduates to design pastries just for Levity. “We’re looking for people we can partner with instead of going to a bakery and getting ‘that, that and that,’” says Kriger. The owners plan to offer desserts specially paired with wine and beer every night, with regular comedy shows scheduled on Fridays.

The first show, on October 14, is a flood relief benefit with a lineup of six comedians, including Kriger, Lagala and prominent local names such as Colin Ryan and Kyle Gagnon. All ticket proceeds go to Revitalizing Waterbury. Read more about Levity’s entertainment schedule in “Soundbites” this week.