Down Home Kitchen Comes to Montpelier 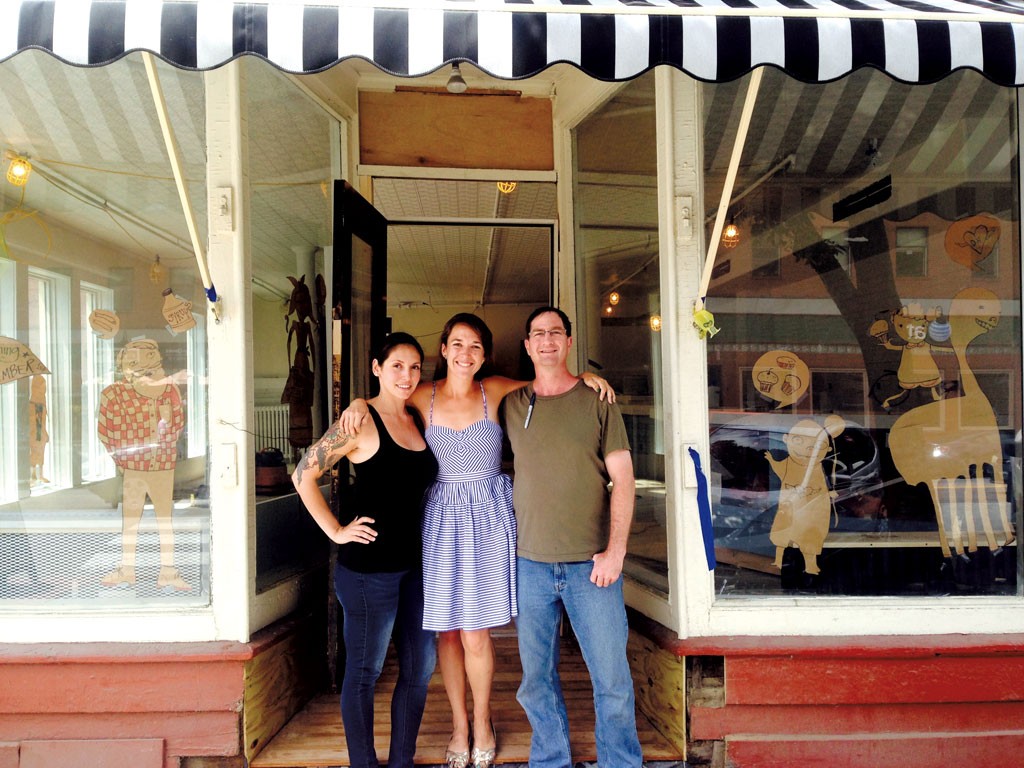 The former site of Rivendell Books, 100 Main Street in Montpelier, occupies a spot on the National Register of Historic Places — but the pedigree didn't make it any easier for Mary Alice Proffitt to open a restaurant there. When she took over the space early this year, Proffitt says, the structural engineering report declared it a hazard to the community. Five months of repairs saved the building from an imminent cave-in into Langdon Street, as well as adding a working kitchen and wheelchair ramps.

At the end of August, 100 Main will bustle again with the opening of Proffitt's Down Home. "The idea behind what we're doing is really fantastic breakfast and lunch every day, with the best southern hospitality table service," explains the restaurateur. Proffitt knows a thing or two about that, having spent years in food service in Georgia and, most recently, in Asheville, N.C.

But perhaps her most important training began at home. Proffitt's mother's and grandmother's recipes inform the pies and other from-scratch southern desserts that will fill her bakery case. Annie Bakst and Robert Hunt of East Calais' Bohemian Bakery consulted on the sweets for the restaurant and roast some of the coffee.* Additional java will come from Proffitt's friends at Counter Culture Coffee in Durham, N.C.

The chef is not Down Home's only connection to that late eatery. Former River Run chef-owner Jimmy Kennedy is a "friend of" the project who has supported Proffitt from the start. Though he's busy traveling the country as Cabot's spokesman, Proffitt says Kennedy will likely drop in to cook and socialize on weekends.

His most significant presence, however, will be on the menu. Proffitt promises classic River Run items, such as catfish, shrimp-and-grits and sausage gravy, prepared in regular and gluten-free versions. Other dishes will include fried chicken, country-fried steak and fish from North Carolina's Sunburst Trout Farms.

"My favorite food is simple and easy to access and not complicated," Proffitt says. Soon Vermont's tiny capital will get a taste of that small-town simplicity.

*Correction 8/5/15: An earlier version of this article misstated the relationship between Bohemian Bakery and Down Home.

The original print version of this article was headlined "Southern Comfort"