by Dan Bolles and John Flanagan 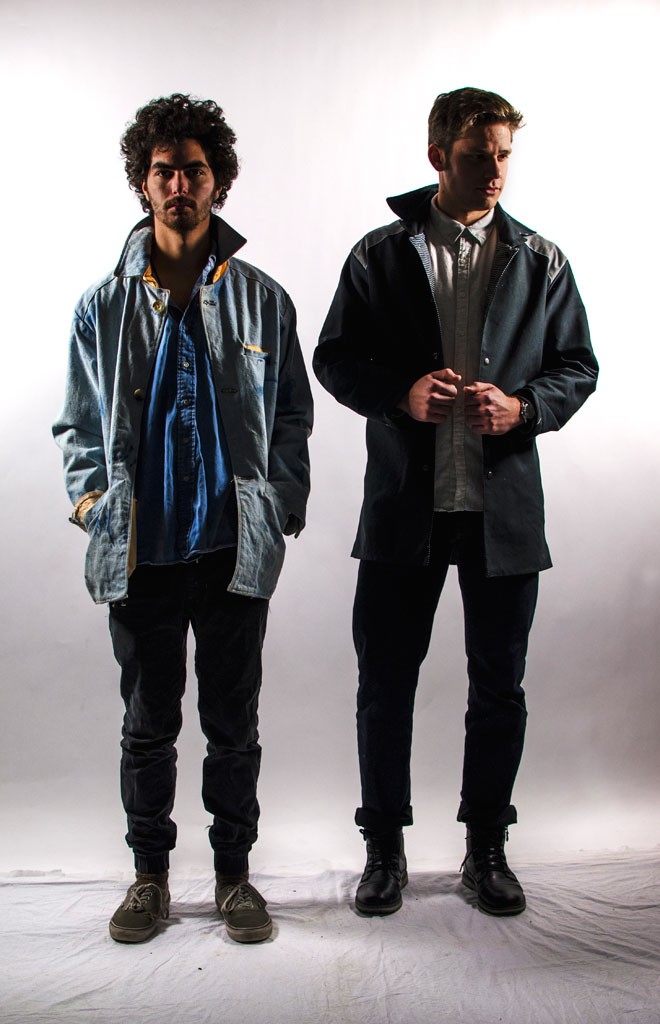 One of the wonderful things about music is that no two sets of ears hear the same thing in quite the same way. And even though the goal of music criticism — or any serious arts criticism — is objectivity, in some ways that's nearly impossible to achieve. Musical taste is subjective. So what sounds like John Coltrane to one person might sound like Kenny G to another — or vice versa.

With that in mind, freelance music writer John Flanagan and Seven Days music editor Dan Bolles dissected a single release: Future Protocol, the debut EP from local electro-indie duo argonaut&wasp. The idea was to simulate the kinds of discussions about music most of us have with friends at the bar or the coffee shop or in online forums, add a bit of measured criticism to the mix and illustrate how differently we each experience music. And away we go.

DAN BOLLES: I'm gonna be honest with you, John. My feelings on this one seem to change every time I listen to it. If I'm in a cynical mood, I envision the members of argonaut&wasp in a secret underground lair dressed in white lab coats concocting a diabolical formula for faux-hipster car-commercial music. Then, when they strike the perfect ratio of indie R&B vocals, retro house beats and rangy guitar riffs, I picture them laughing maniacally like, "BWAAAAHAHA! Just try to resist our MGMT-meets-Frankie-Knuckles-meets-Prince sound!"

But other times, I can't help but dig it, like, a lot. Earlier today, for example. I'm driving in my car with the windows down because it's sunny and warm(ish) out for the first time in six months. "Higher Ground" or "Pistol Pump Funk" comes on the stereo, and I find myself zipping through traffic in my Jetta with an idiotic grin on my face and nodding at strangers at stoplights. The feel-good vibe is as infectious as those bouncy beats and catchy falsetto hooks. (And, yes, I realize I basically just described a Volkswagen commercial.)

So I'm conflicted. What are your initial thoughts?

JOHN FLANAGAN: I see your Volkswagen and raise you Vespa, with an aftermarket sound system, perhaps. These guys have locked down the feather-light summertime jam, directing the lift of their bleeps, sweeps and creeps with the usual drag of insistent club bass. And the tunes do take off, but I think their immediate buoyancy costs them some depth. The songs are one-night stands, nubile guitar wails and all.

"Stranger Lover" illustrates what I'm getting at, but it's also my favorite of the four. The earnestness the songs do hold comes from their compositions. There are no extra parts on the EP with which to bore a pulsing crowd, though it would be a long shot to call Future Protocol minimalist. And while I generally lament a dropped bass in every song, I have to say these guys at least do it with careful articulation.

DB: I think you've hit on something. I suspect part of my initial cynicism stems from the semi-recent and totally inevitable appropriation of electronic dance music by pop megastars. I mean, when Britney and friggin' Coldplay started copping house beats, shit was officially full-blown mainstream. Though, technically, Cher was years ahead of those cats with "Believe" in 1998, but I digress. The point is, when I hear the style applied in more of an indie-ish context, it can't help but offend my precious rock-snob — fine, aging hipster — sensibilities. Really, that's wildly unfair to bands like a&w, who obviously take great care in grafting various stylistic elements together, bass drops and all. There's real artistry in that.

Speaking of bass drops, if you haven't seen Lonely Island's video for "When Will the Bass Drop" (featuring Lil Jon!) stop whatever you're doing and watch it. (Side note: I think Andy Samberg is quietly building a case as one of the best pop-music satirists alive. And there I go digressing again.)

JF: Oh, man. And I thought Bassnectar was laughable enough as is. Luckily, a&w are in a completely different category, mainly because of their originality. That said, some of the EP's lyrics could use some more agility to help navigate the glassy waves rolled out by the duo's vocals, but at least there's some traction here, especially in the "Pistol Pump Funk" verses. Regardless, a few clusters of disjointed vagaries and youthful platitudes have me looking for some more of the complex weather suggested in the darker recesses of "Crystal Stills." You?

DB: I don't disagree. Some of the wordplay is a little clunky and basic. But I also feel with bands like a&w that slick, clever lyrics are kind of like the aftermarket sound system on your Vespa: It's nice to have but not essential to enjoying the ride. I mean, when my 5-year-old nephew is bopping around the house singing the hook to Daft Punk's "Get Lucky," that tells me, if it's earwormy, you've done your job, even if what you're singing is kind of, well, daft.

JF: Earworms are all well and good, but even the emergency broadcasting system sound gets stuck in my head. But, hey, that's coming from an antediluvian whose only dance move is to point at his shoes and look around for the bar. My toes are a-tappin', regardless, and I look forward to seeing where argonaut&wasp go from here. The thousands upon thousands of listens and comments on their SoundCloud page portend an endless ... eh ... summer?

DB: Once again, you hit the nail on the head. Future Protocol is just damned likable and has "Summer Jamz" written all over it. And since winter appears determined not to release its icy death grip, that alone makes the EP worthy of regular rotation.

The original print version of this article was headlined "Double Take"