Doom Service, I Want to Believe In... 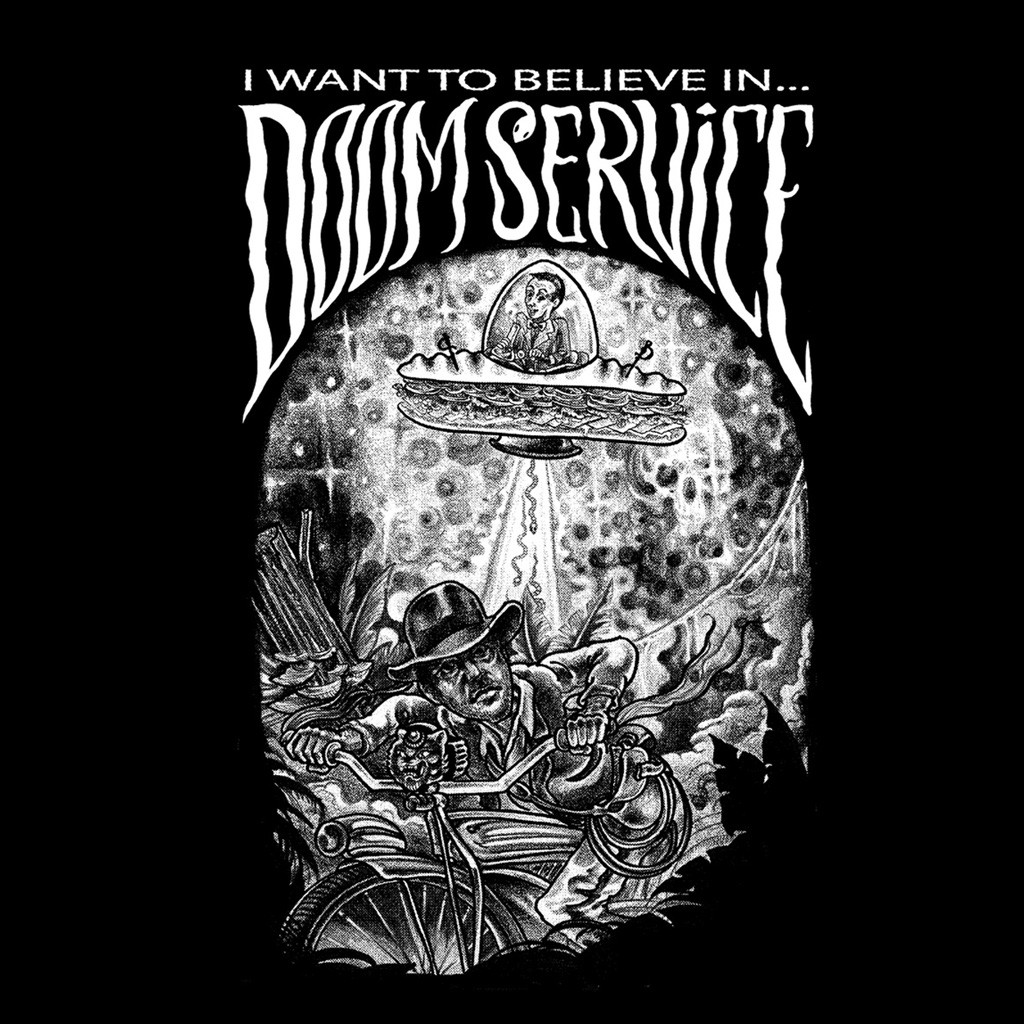 As is the circle of life in the Burlington music scene, when one band breaks up, another rises to take its place. The new band often features basically the same dudes or dudettes from the old band, minus maybe that one guy nobody really liked all that much, but he had the soundproofed basement so you put up with him. This game of musical chairs crosses genre boundaries, from local hip-hop to indie rock and beyond. But it has always been especially prevalent in the city's close-knit heavy-music community. For decades now, it has seemed like every other week brought some new hardcore or punk band with some degree of separation from Drowningman.

Which brings us to Doom Service. While none of the band's four members logged time with Simon Brody's fabled 1990s hardcore band, they do have a legit local pedigree. The band is composed of three former members of the late local post-hardcore band 10K Volt Ghost: Roy Larsen, Jeff Foran and Justin Gonyea. The last is a former Seven Days employee and the founder of Get Stoked! Records. Rounding out the band is Tyler Daniel Bean, a successful solo artist who has been kicking around the hardcore scene in various bands for years.

Fans of 10K Volt Ghost will find a lot to like about Doom Service's debut EP, I Want to Believe In... Much like 10KVG offered a bracing fusion of punk and post-hardcore, Doom Service forcibly smash together various strains of heavy music. Instrumentally, they retain 10KVG's melodic bent and knack for intricate yet punishing and dynamic changes. But Doom Service's looseness stands out.

This is immediately apparent. Opener "You're Meddling With Powers You Can't Possibly Comprehend" begins as serene, guitar-fueled postrock that sounds something like an Explosions in the Sky outtake. It builds as a sludgy faux-ballad, hinting at a furious breakout that never comes. Well, not until the next cut, anyway.

"1.21 Gigawatts?! Great Scott!!" explodes with anthemic, fist-pumping punk hooks and raucous guitar shredding that borders on arena rock — and quite awesomely, at that.

"Fear of a Bot Planet" continues that energetic assault. Vocal duties throughout the EP are split between Larsen and Gonyea, with the former howling in a (slightly) more melodic manner than the latter, who favors a raspier bent. Both are generally effective — though Larsen could pay closer attention to pitch. The contrast between the two is engaging, shading Larsen's tracks in an emo-ish light and Gonyea's with more of an aggro edge.

The EP closes on "Black Oil," a four-and-a-half-minute epic on which Doom Service truly flex their muscles. Larsen wails call-and-response vocals with Bean and Foran, while a torrent of chunky guitars swirls around them, punctuated by thunderous drums. It's perhaps the EP's most ambitious track and certainly its most dramatic. And it bodes well for future Doom Service recordings — or whatever band these cats find themselves in the next time around.

I Want to Believe In... by Doom Service is available at doomservice.bandcamp.com. The band plays 242 Main in Burlington this Saturday, December 6, with Tyler Daniel Bean, Self Defense Family and Bleak.