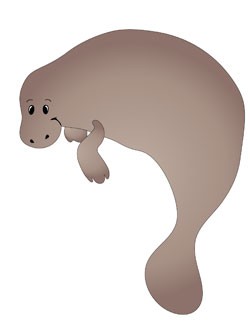 One question we journalists frequently hear is “Where do you get your story ideas?” The answer is often from you, our readers. Each year, our staff receives thousands of letters, phone calls, emails, tweets and personal visits to our office from people eager to get a story written — or to write it themselves — about some new idea, business, product or activity. While we don’t publish press releases, per se, we do get often-useful news from them.

Many other ideas are pitched to us by communications directors, publicity agents and other professional media mavens known collectively in the industry as “flacks.” The late William Safire, Richard Nixon’s speechwriter and longtime language columnist at the New York Times, once explained the origins of the word: “Flack” derives from the puffs of smoke produced by exploding anti-aircraft shells during World War II. “The puffs,” he writes in Safire’s Political Dictionary, “derogatorily refer to puffed up or inflated, exaggerated information.” Hence the term “puff piece” — meaning entirely, nonobjectively positive.

Seven Days is routinely asked to write puff pieces on a variety of topics. And, as politely as possible, we routinely turn them down. What follows, in no particular order, is a rundown of the kind of story ideas we commonly receive and just as frequently reject.

• A story pitch about your plans to bike (walk, juggle, unicycle, etc.) across America to raise money and public awareness for fill-in-the-blank cause. Good for you! But this won’t come up in our weekly editorial meeting.

• Pitches from people who just moved to Vermont and are eager to write a quirky, first-person essay about how quaint, progressive, hip, eco-marvelous and/or delightfully manure-scented Vermont is. Glad you love Vermont, like we do, but this is old news.

• An article you’ve written yourself about your new business, practice or other enterprise. Hello, conflict of interest! While you’re undoubtedly well acquainted with the subject matter, this is what reporters are for: to provide a reality check and objective perspective for our readers.

• Any press release from a publicist in, say, California. If you have to Google Vermont to see what time zone you’re calling, save the long-distance charges. Our mission is to write about what’s happening here. Of course, if you’ve got a band touring Vermont, fire away.

• Food-story pitches promoting a scrumptious new product that’s not available in any Vermont stores? Thanks, but we’ll pass.

• Ditto for any event involving a large ribbon and giant pair of scissors for unveiling a newly completed project. Just to mix things up a bit, how about erecting a huge cardboard wall, à la Pink Floyd, then tearing it down?

• Equally unlikely are story pitches about threatened or endangered wildlife that doesn’t even exist in Vermont. Sure, we all love polar bears, timber wolves and manatees — hell, who could hate those so-ugly-they’re-cute cows of the sea? But unless the animal runs, flies, swims, burrows, nests or reproduces in the Green Mountain State, your press release is DOA.

• Among our most frequently received story ideas are the ones we call “Vermonters who go elsewhere to do great stuff.” Just opened a fair-trade yarn store in Bangladesh? Building composting toilets in Sudan? Awesome. Let us know if you move your project to Hardwick.

• You’re about to celebrate your 10th (25th, 50th, etc.) anniversary of doing business in Vermont? Mazel tov! But that alone does not a story make.

• Any letter or press release addressed to the “Seven Days tobacco editor.” Huh?

• An email from someone in Vermont’s congressional delegation claiming credit for securing a federal earmark (aka pork) for some pet project, which then gets their name emblazoned on a building. Aren’t buildings supposed to be named after the people who paid to build them?

• And this one: “Why aren’t there any decent G-rated shows like ‘Andy Griffith,’ ‘Leave It to Beaver’ and ‘Bill Cosby’ on TV anymore? Is it because we have a family value problem in America?”

• Then there’s the special, in-house category we call “Alice Levitt’s rejected story ideas.” Levitt, the quirky-but-lovable food writer at Seven Days, occasionally pitches stories that her editors and coworkers find too creepy or weird to print. In the last few months, she’s proposed doing a humorous story about searching for the man who allegedly has been exposing himself in public (“Fun with Flashers”?) and a comparative taste test of Bill and Lou, the working oxen at Green Mountain College that in November were destined for the slaughterhouse. Alas, only Lou was euthanized, and his carcass was promptly buried rather than being made into Lou burgers. Sorry, Alice. Maybe this winter some lucky ice fisherman will snag Champ, allowing you to resurrect your story idea for “mythic creatures” seafood recipes.

• The most recent newcomer to the pile of pitches is Kickstarter campaigns. Sure, we wrote about a few of them in Vermont when the platform was new and exciting. But now we get several requests a week from locals who’ve launched a campaign for XYZ and are eager for free publicity. We can’t and don’t want to cover them all, so, with occasional exceptions, we’re not covering any. Best of luck, though — and if you meet your goal and actually make that movie, let us know.