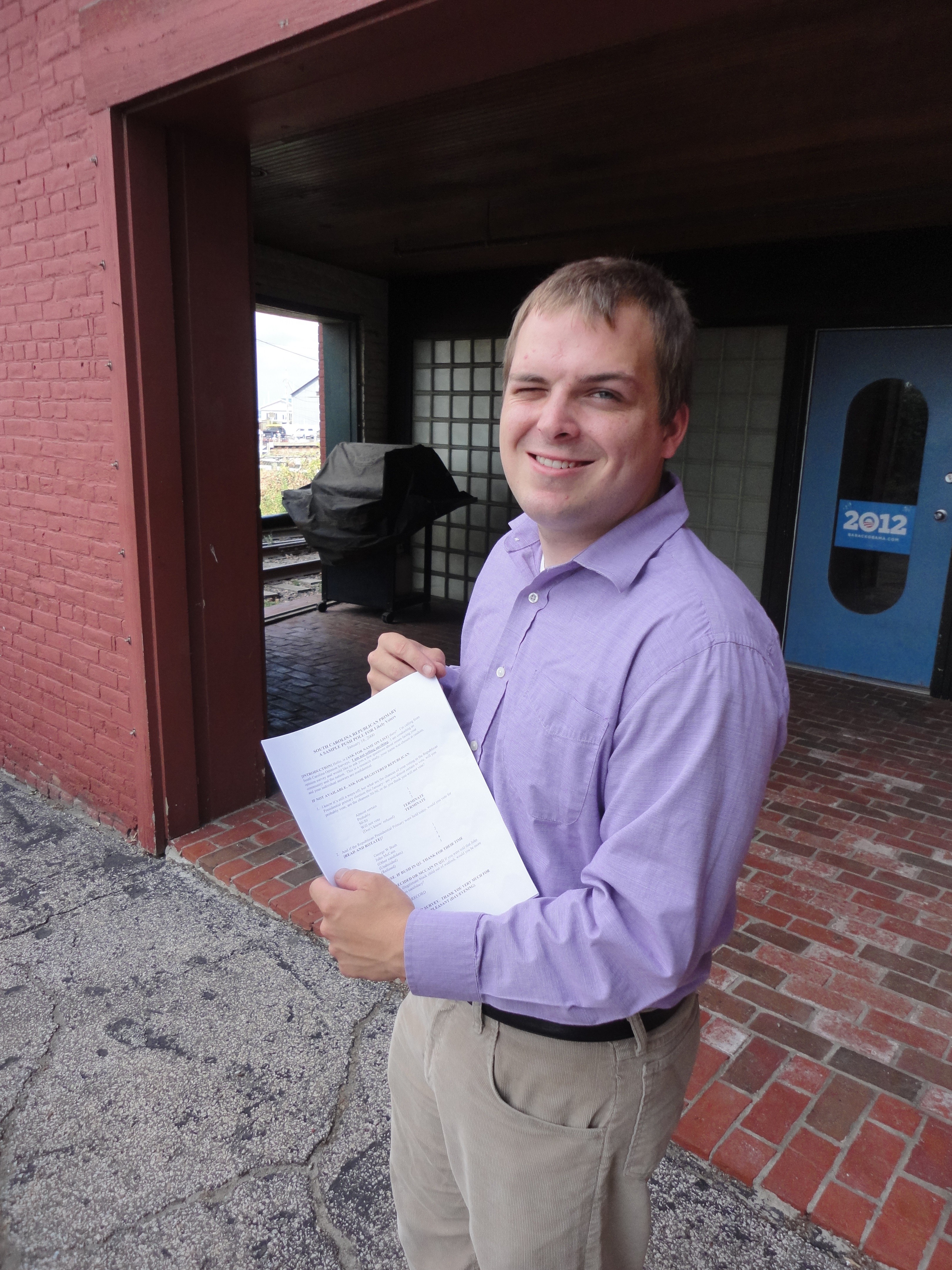 Seeking to put behind him allegations that his campaign engaged in push polling, Chittenden County State's Attorney T.J. Donovan on Friday provided reporters with a fleeting glimpse of the poll in question.

Donovan's campaign set restrictions on how the press could report on the poll. Reporters were allowed to view the poll's questions during a half hour period Friday afternoon, but they were barred from reporting on the wording of all but a couple questions. (Pictured at right is campaign manager Ryan Emerson displaying the thing.)

The unusual move comes after two recipients of the poll who support Donovan's rival in the Democratic primary for attorney general — incumbent Bill Sorrell — told Seven Days they believed the poll intended to dissuade voters from voting for Sorrell, not gauge public opinion. Unlike a conventional public opinion survey used to hone a candidate's message and determine how a candidate is doing, push polls are generally deployed in the late stages of a campaign to spread negative — and sometimes false — information about a rival to a large number of voters.

So, was Donovan's poll a push poll? We'd tell you, but we're not allowed to.

After a rigorous analysis (involving a Seven Days reporter flipping through the questions at a picnic table outside the Donovan campaign's Battery Street headquarters), we've come to the conclusion that the poll is, well, pretty darn generic. The 59-question survey, which came at a cost of $10,000 and was administered to 400 people, asks just the sort of questions campaigns typically ask as they close in on election day:

Unlike a push poll, which would likely front-load negative and damaging questions about a particular named candidate, Donovan's poll meanders through a standard set of polling questions designed to inform how he messages his candidacy to voters in the final month of the race.

As we previously reported, one of the only questions explicitly naming Donovan's opponent asks voters who they "blame for Vermont losing the lawsuit stopping the renewal of Vermont Yankee's license." It then lists as options Gov. Peter Shumlin, Sorrell and the Vermont legislature. The majority of the questions simply ask how a voter would react to a particular message, critique or issue — without naming names.

One question Donovan's campaign did allow reporters to specifically mention asked whether voters would be more or less inclined to support "a candidate who was involved in a drunken brawl." That question evidently refers to Donovan's arrest for engaging in a violent confrontation on Church Street when he was 18 years old.