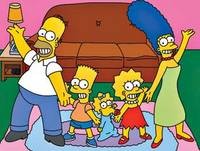 SPRINGFIELD — Earlier this month, Twentieth Century Fox and USA Today sponsored an online video contest in anticipation of the forthcoming The Simpsons Movie. As all the world must know by now, 14 Springfields submitted videos pitching their respective towns as potential host sites for the world premiere of the film. Vermont’s video won, but out-of-state critics are challenging the legitimacy of that victory.

On the air since 1989, “The Simpsons” is the nation’s longest-running prime-time animated show. The satire takes place in the fictional town of Springfield, but producers have never explicitly indicated its location. Over the years, fans have argued the point fiercely, and last week’s contest exacerbated the controversy. As of press time Tuesday, the USA Today site was flooded with more than 20,000 blog posts about the contest. Even United States senators have joined the fray.

“After 18 years, it’s good to finally welcome the Simpsons home,” declares Vermont Senator Patrick Leahy diplomatically, though he recently admitted his favorite shows were “The West Wing” and “NYPD Blue.”

But critics ask how a town like Springfield, Vermont, with its population of about 9000, managed to amass 15,367 votes. On July 11, the Springfield, Illinois, State Journal alluded to allegations of “ballot stuffing” by Vermonters, citing a Rutland Herald report that Patricia Chaffee, executive director of the Springfield, Vermont, Chamber of Commerce, attempted to vote for her town on multiple computers in the River Valley Technical Center. (Like many online contests, this one had a “one computer, one vote” rule but no way of limiting the number of votes per person.)

With 14,634 votes, Illinois came in second in the contest. Ernie Slottag, a spokesman for that Springfield, the state capital, population 115,000 — has a beef with the results. Slottag points out that his Springfield has a donut factory, a brewery, a power plant and a Mr. Burns look-alike. Besides, he says, Illinois boasts a Shelbyville — a neighboring town in the animated show. There’s no Shelbyville in Vermont. “We think we’re far ahead of any other Springfield to be qualified,” Slottag asserts in a phone interview.

Do these claims hold water? Seven Days found that Slottag’s Springfield does have a donut factory and a brewery. But, unlike the nuclear plant in the cartoon, the town’s power plant is actually coal-fired, according to the Chicago-based Nuclear Energy Information Service. An NEIS official confirms that the nearest nuclear plant to Springfield, Illinois, is 58 miles away. Vermont Yankee, the nearest nuclear power plant to Springfield, Vermont, sits at a distance of 45 miles. Seven Days was unable to confirm or deny the existence of an Illinois-based Mr. Burns look-alike.

When questioned about the contest, Chaffee of the Chamber of Commerce, who was responsible for getting Vermont’s Springfield into the contest in the first place, refuses to take a potshot at other states. Chaffee helped produce the town’s video, which features a grown man (“Homer,” played by Vermont actor/TV personality Tim Kavanagh) chasing an inflatable donut. She insists the contest results should not be taken that seriously, though she adds that her town has several pubs, a bowling alley and a prison.

“Realistically, the show is created with a little bit of everybody and everything,” she says. “So, yeah, they might have parts, and we might have parts, but I think we win just because of what’s here.” Chaffee adds that she doesn’t consider her town “the town.”

“Simpsons” fanatic Rob LaFier agrees. The 31-year-old Rochester, N.Y., resident, who claims to be the same age as the “real” Bart Simpson, considers such hoopla over Springfield lore “unromantic.” LaFier says he plans to drive to Vermont and hock a vintage “Simpsons” poster worth “thousands of dollars” for a seat at the July 21 premiere of the film at the Springfield Theater. But, notes the fanatic, “I’ve always assumed that when it came down to it, [“Simpsons” creator] Matt Groening would say that Springfield was a state of mind. By leaving Springfield ambiguous, it allows everybody . . . to fantasize that the Springfield from the show is the Springfield from their state.”

What does the “Simpsons” crew have to say about the controversy? Reached by telephone in Burbank, California, veteran “Simpsons” director Mark Kirkland says he wasn’t aware of the latest developments in the perennial debate over Springfield’s identity. “I’m surprised it’s so important to people, especially senators,” he observes. “My goodness, it’s a cartoon.”

According to Kirkland, whose mother and sisters live in Vermont, the characters on the show are “caricatures,” and the town of Springfield could be considered a sort of “rolling Springfield.” Kirkland recalls that Groening, the show’s Oregon-born creator, always admonished his staff to think of the Simpsons as “their own universe.”

Does Kirkland have a message for “Simpsons” fans who demand answers on the “real Springfield” question? “Tell them they’ll all have to go see the movie to study it carefully,” he suggests. “Everyone in the country should go see the movie.”

RELATED VIDEO: See how Vermonters reacted to the news that the Simpsons are from VT.