Documentary ‘Disclosure’ Explores a Century of Trans Representation in Media 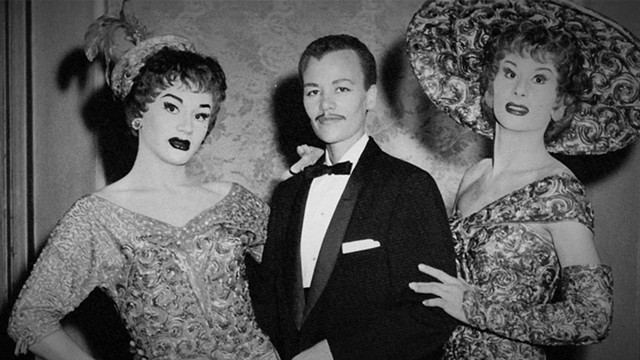 Our streaming entertainment options are overwhelming — and not always easy to sort through. This week, as Pride Month comes to a close, I watched Disclosure, a 2020 Netflix documentary about the depiction of transgender people in American entertainment media. I was led there by a recent New York Times essay called "What I Saw in My First 10 Years on Testosterone." Author Thomas Page McBee calls director Sam Feder's doc "fantastic" for the "harrowing detail" in which it explores decades of portrayals of trans people.

The documentary pairs a dazzling array of film and TV clips — from the dawn of cinema to "The Jerry Springer Show" — with commentary from trans people. Many of these commentators work in the entertainment industry themselves; Laverne Cox, a star of "Orange Is the New Black" and an executive producer of this film, serves as an anchoring presence.

Historian Susan Stryker reveals that representations of trans people were commonplace in the age of early 20th-century film director D.W. Griffith. Played for comedy, they were often paired with blackface and racist depictions. Cross-dressing remained a reliable source of cheap laughs in pop culture for a century, alternating with sinister portrayals of trans women as predators, à la Psycho.

Trans men, meanwhile, were practically invisible in film and TV. Women put on men's clothes in Yentl and Just One of the Guys, but to send a message of female empowerment.

When trans people were portrayed sympathetically on film, they were often being shamed, maimed or killed, as in Boys Don't Cry. And they were played by cis actors who received awards for their "daring" portrayals.

As for the talk-show hosts who brought trans people on the air in the name of education, many displayed a shocking lack of that very education by asking their guests intrusive questions.

The commentators also discuss examples of trans-themed media they love, suggesting that Hollywood's view has broadened in the past decade. But change has come all too slowly.

I'm generally not a fan of documentaries that rely on talking heads — interviewees sitting in a studio — to drive their narratives. Typically, those talking heads are experts without much experience in projecting personality on camera — a recipe for boredom.

Most of the interviewees in Disclosure, by contrast, are highly personable and passionate about their subject. Many of them tell stories about the role of media in their own lives and how those representations shaped their sense of trans identity, for better or (often) worse. Their commentary has the intimate, off-the-cuff quality of a good panel discussion, and their personal anecdotes — joyful and painful alike — are compelling.

For me, seeing these familiar shows and movies through new eyes was deeply educational. Just as The Celluloid Closet (1995) unearthed the gay coding and subtext present in many classic films, so Disclosure traces illuminating patterns. Most disturbing: Until recently, most mainstream Hollywood depictions of trans people revolved around a "disclosure" scene in which someone's identity is revealed, often with violence. The focus is on the horrified reactions of cis characters; often, the trans person (usually a woman) is depicted as a villainous deceiver, her exposure as a "shocking twist" or punch line.

The pattern holds true in everything from prestige films like The Crying Game to farces like Soapdish. With savvy editing, Feder makes it clear just how routinely trans characters have been portrayed as "other" or threatening, even in stories that tout progressive attitudes.

Disclosure made me wonder about all the stories of trans people we haven't heard over the years — such as that of Sandra Caldwell, an actress who came out in her sixties, after a long film career, when she played her first trans role. Viewers of the movie will be inspired to seek out the commentators' own creative works. With any luck, we'll be hearing a lot of those untold stories in the years to come.

Paris Is Burning (1990; Kanopy, Criterion Channel, rentable on AppleTV): Several of the speakers in Disclosure cite this pioneering doc about New York City's ball culture as a positive early influence, though they also note the criticism it has received in later years. For a recent fictional take on the same subject, try the series "Pose," streaming on Hulu and Netflix.

"Sense8" (2015-18; Netflix): In Disclosure, Lilly Wachowski (codirector of The Matrix) speaks about how important it was to her to create the trans character of Nomi (played by trans actress Jamie Clayton) in this sci-fi series.

"I Am Cait" (2015-16; Hulu): While the speakers in Disclosure express mixed feelings about Caitlyn Jenner, they praise this E! reality series that documents her life after transition while giving a platform to other members of the trans community.