Dining on a Dime: Two Cha Shao Buns for $8 at A Single Pebble 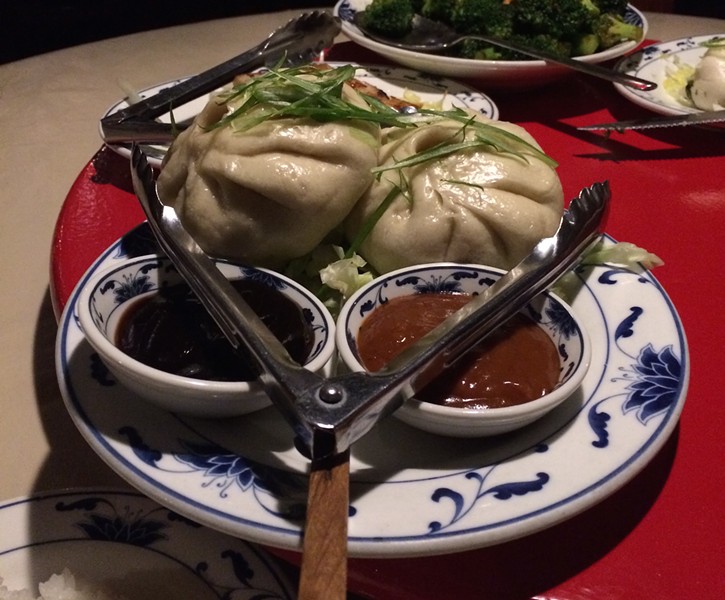 Food show host Alton Brown will tell you that the mock eel at A Single Pebble in Burlington is one of the best things he’s ever eaten with a pair of chopsticks. The dish has gained some cult culinary status both in and beyond Vermont, and why not?

Serpentine strips of shiitake mushrooms are fried beyond recognition and shellacked with ginger-scallion soy sauce that’s both addictively salty and cloyingly sweet. It’s fat, sugar and salinity, and it’s good with a beer. Yet it’s not the best thing on the menu. And at $11 per plate, the dish is a bit steep.

I ordered the mock eel to see what all the fuss was about, but the deep-fried strands of shiitake were forgotten when the cha shao buns landed at the table.

At $8, the two softball-size steamed wheat buns are an ethereal contradiction in flavor and texture. The cushiony dough is delicate but substantial, its insides bloated with minced onions, pork and coarsely chopped mushrooms and plush with savory honey sauce. An acidic bite of raw scallions fringes the top, and two shallow dishes of dipping sauces — one salty-sweet peanut, the other a spiced, starchy hoisin — flank the plate for an added punch of flavor.

The buns come with a pair of tongs and a knife for slicing, but I couldn’t think of splitting. Instead, I went in a less demure direction and lifted a warm, steamed wheat bun in one hand, finishing my first cha shao bun in five hefty bites.

If there’s a bit more bulk in your wallet, you can also go for chef Chiuho Duval’s tasting menu, which changes daily. It features a parade of courses chosen on whim by the kitchen. But for a hearty meal on a budget, two cha shao buns certainly fit the bill.