The past couple of weeks have delivered the most beautiful days of the summer. Could it be any sunnier? Could the breezes be more delightful? When the Fletcher Allen Hospital called me with an afternoon fare to Johnson, the smile on my face was Julia Roberts-like.

Praise be to Allah, the universe deposited me in the Green Mountains when I young man, barely out of my teens. My first Vermont home was located in the village of Johnson, just up 100C, a stone's throw from the Power House covered bridge. 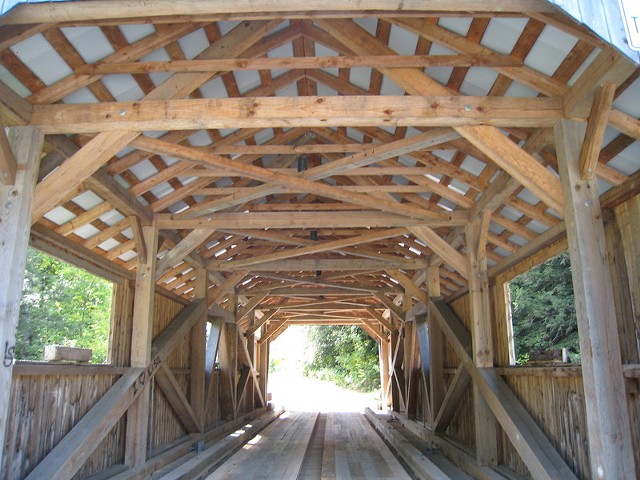 Vermonters love their covered bridges. Like family members - and there's just over 100 still standing - each one has its own name. The Power House bridge is a classic beauty, spanning the Gihon River. In the spring, the run-off from the surrounding mountains creates some terrific white water, and the river sections north and south of the bridge lure the kayakers.

Here's a shot from the western side.

Can you see my taxi hanging out on the pull-off on the left?

Downtown Johnson features a community - I don't know what to call it - drinking hole right on Route 15. 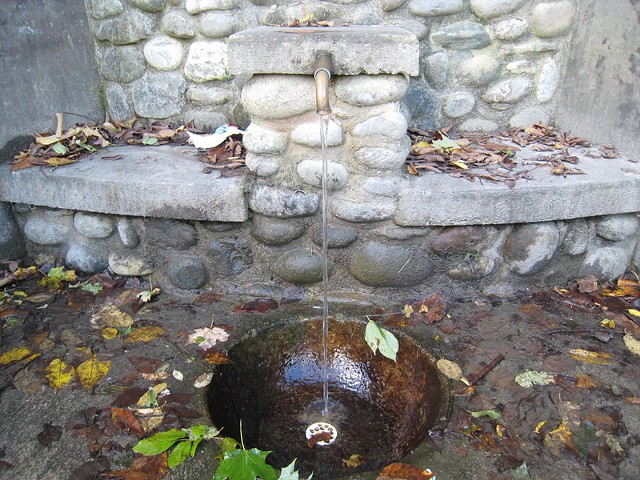 To me, it feels like a shrine, with clear mountain water streaming through every moment of every day, year after year. 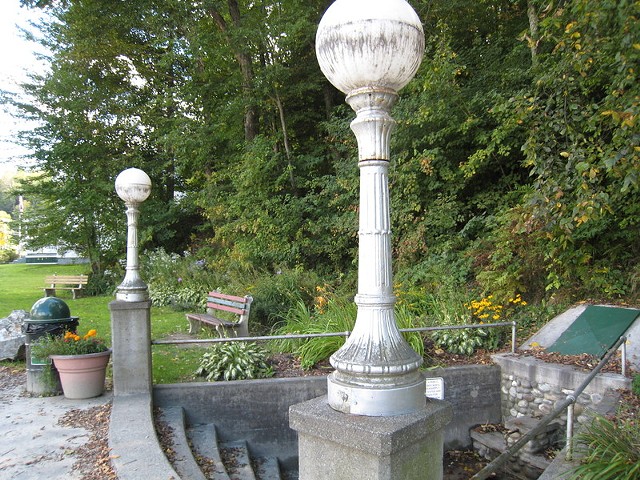 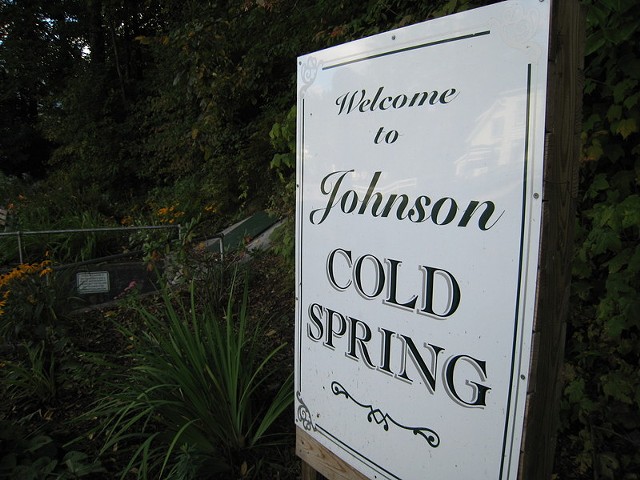 On the trip out to Johnson, I was held up in traffic along three stretches of Route 15 due to road construction squeezing the passage down to a single lane. So, for the return ride to B-town, I took an alternate route, the Pleasant Valley Road out of Jeffersonville. As I came upon a farm in Cambridge, I noticed stacks of picked pumpkins, giant and glorious, like basketballs on steroids.

On the crest of a hill appeared a collection of beauties on the vine. What stopped me in my tracks was their color, so brilliantly orange, nearly fluorescent in the late afternoon sunbeams. 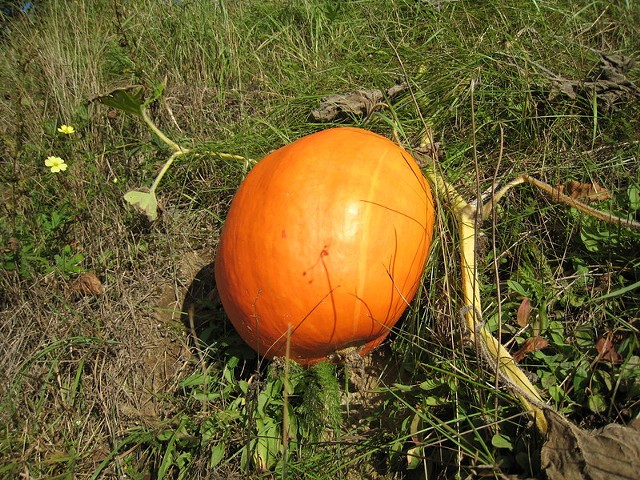 Maybe, I thought to myself, the gourds are more vibrant of color before they are harvested and begin their slow decline? 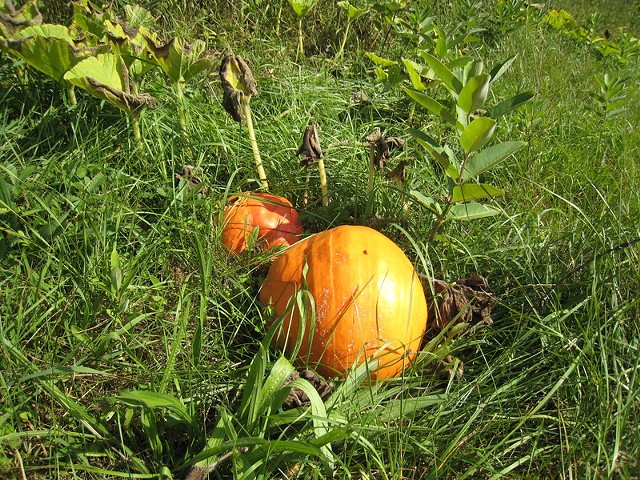 One final note: after shooting the pumpkin pics, I began my march down from the ridge. Thirty yards from my taxi, a farm dog exploded from the barn across the road, yelping like a jackal and tearing towards me. I paused for a second, my eyeballs bulging like the actor, Marty Feldman, before bolting towards the cab. I beat the pooch by 2 seconds, leaping into the front seat and slamming the door. Photography is dangerous, people!