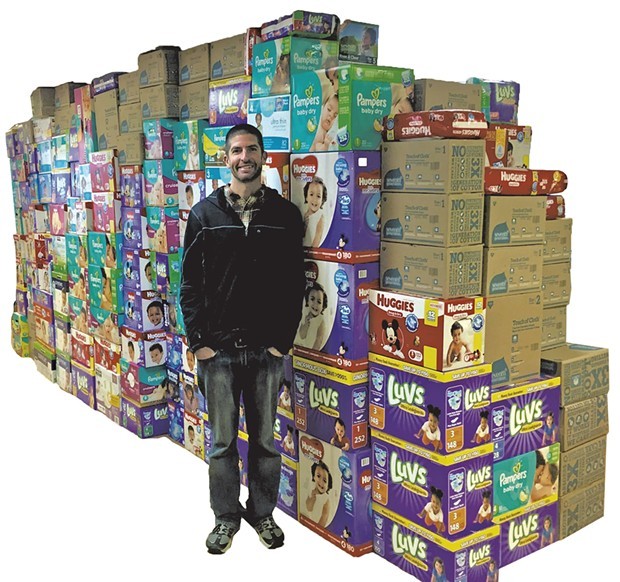 Dee Physical Therapy's annual Great Diaper Drive — a project that collects disposable diapers for families served by the Committee on Temporary Shelter (COTS) — doesn't officially start until late October. But the event's organizer, Jason Fitzgerald, secured his biggest donation ever this summer. Burlington-based Seventh Generation pledged 57,994 diapers — more than the drive has ever collected in one year — which they delivered to Dee's South Burlington office by 18-wheeler. During the two-month event, Fitzgerald hopes to collect another 40,000 nappies, which he'll use to build a wall of diapers in the Dee office before donating them to COTS in December. In addition to contributions from former and current patients, businesses including Shelburne Supermarket, Hannaford Brothers supermarkets, Leonardo's Pizza, and Bouchard & Sons Garage have also donated money, labor and goods to help the effort. Said Fitzgerald: "The community has been amazing."