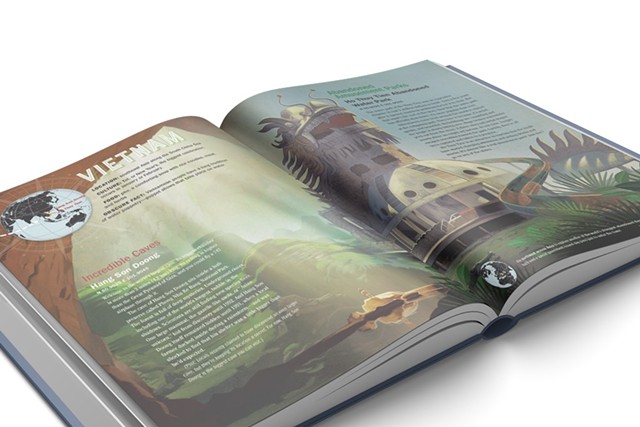 Want to know more about the fanciest public restroom in New York City? An Egyptian temple featuring one of the first drawings of medical and surgical instruments? An angel sculpture in England made from more than 100,000 knives? Look no further than Atlas Obscura. Founded by author Joshua Foer and documentary filmmaker Dylan Thuras, the digital media company describes itself as a collaborative project that features "the most unusual, extraordinary, strange, secret, surprising, or otherwise amazing locales on the planet." Visit its website and you'll find posts on thousands of off-the-beaten-path places, plus weekend guides to different cities, stories about interesting food and more. 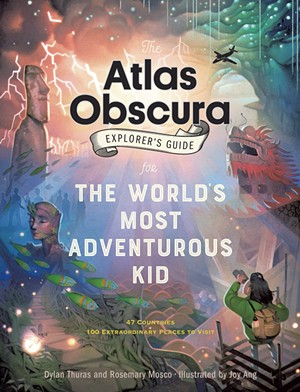 Last month, Workman Publishing released The Atlas Obscura Explorer's Guide for the World's Most Adventurous Kid by Thuras and coauthor Rosemary Mosco. Geared toward kids ages 9 to 12, it gives readers a look at 100 cool destinations, from an abandoned water park in Vietnam to a cave full of giant crystals in Mexico. For the trivia-loving kid, there are also obscure facts about each of the 47 countries included. (Did you know Indonesia is home to both the world's largest lizard and the world's largest flower?)

Thuras, who coauthored the 2016 New York Times bestseller for adults, Atlas Obscura: An Explorer's Guide to the World's Hidden Wonders, said his positive childhood travel experiences were one of his reasons for producing a kids' version of the book. "I was 10, 11, 12 when my parents took me on early big road trips through the Midwest," he explained. They stopped at places like the House on the Rock in Wisconsin, a 14-room structure featuring the world's largest carousel constructed by an eccentric builder. "I found it very amazing and inspiring. It stuck with me," said Thuras. He was at the age when kids start to look outward and become interested in what's going on in the world, he added, an age particularly well-suited for a book like the Explorer's Guide for the World's Most Adventurous Kid.

Thuras said he's been to around 20 percent of the locations featured in the book, including his favorite one: The Keshwa Chaca Rope Bridge in Cusco, Peru, made entirely out of grass. The suspension bridge, which is rebuilt by locals every year, dates back to the Incan Empire. "The fact that this exists as it was then — this example of cultural continuity — makes it an amazing place," Thuras explained. Also, "it probably fulfills some deeply held Indiana Jones [fantasy]."

Thuras acknowledged there are lots of atlases for kids on the market. One of the ways his book sets itself apart, he said, is its "daisy chain" format that draws thematic connections between different countries. For example, readers will learn about the Perito Moreno Glacier, a massive ice field in Argentina, then turn the page and read about Eisriesenwelt, the world's largest ice cave, in Austria. "Hopefully they plant a little bit of curiosity in a kid's mind about what else is out there," he said. 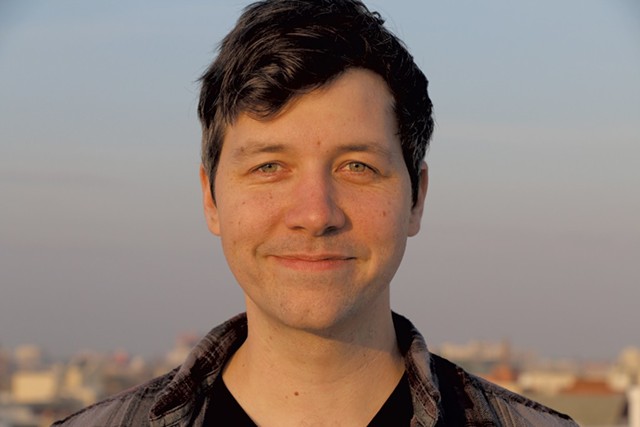 In the box below, Thuras, who lives in New York's Hudson Valley, recommends 10 weird and wonderful places for families to visit in and near Vermont; all have been featured on Atlas Obscura.

Enjoy ice skating and hot chocolate in the winter at this cavernous, abandoned marble mine.

Go on a scavenger hunt to find the tiny castles scattered across this town in the Champlain Islands.

Share ghost stories as you explore the history of this beautiful, creepy structure built in the 19th century.

Play everything you see at a museum dedicated to the town's historic organ industry.

Tour the world's largest deep-hole dimension granite quarry, view the plant where gravestones are made, and roll a ball down the outdoor granite bowling alley.

Send your kid to another country and have them come back with a good book at this library that straddles the U.S.-Canada border.

Check out more than 60 sculptures from artists all over the world that decorate the hiking trails surrounding this locale.

Explore the ruins of the elaborate house where an enigmatic costume designer threw glamorous parties for New York's theatrical elite.

Visit this sandstone gorge in upstate New York, known as the "Little Grand Canyon of the East."

Defy the laws of acoustics by creating a mysterious echo at this small pavilion behind the Lake George Visitor's Center.