Despite "Fusion" Success, a Prog-Dem Coalition Could Take Awhile 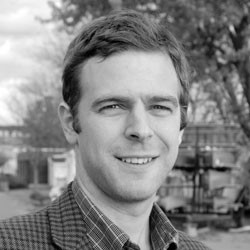 When Tim Ashe became the first “P/D” elected to the Vermont Senate, it was more than a historic occasion. For many on Vermont’s left, it raised hopes that the state’s Progressives and Democrats might put aside their mutual animosity and chart a common political path.

But interviews with members of both parties suggest that the 2008 election may have further aggravated the tensions that have long simmered between the two parties, and that any future collaboration may be slow in coming.

The success of Ashe’s “fusion” campaign has done little to assuage some Progressives who are angry over what they view as Democratic treachery in other legislative races. The party had hoped to win eight House seats, moving it closer to the goal of having representation on all 14 committees in the chamber.

Only five Progs won their House races, however, one fewer than in 2006. In Burlington, incumbent Progressive Chris Pearson lost to Democrat Kesha Ram, a 22-year-old former UVM student government president. Ram’s high-voltage candidacy incensed many longtime Progressives. They say there were few substantive differences between the candidates on the issues, and they view her insurgent campaign as an expression of a sectarian vendetta.

Progressives were also infuriated by the defeat of Dexter Randall, a 63-year-old Northeast Kingdom dairy farmer who had been elected to two terms in the House. Randall would most likely have won the Orleans-Franklin seat again had it not been for Democrat Patricia Sears, CEO of the Newport City Renaissance Corp. The 524 votes won by Sears, who accused Randall of focusing exclusively on agricultural issues, were enough to tilt the election to a Republican.

Pearson notes that, while Progs have not challenged any liberal Democrats in recent elections, the Dems “ran against 50 percent of our caucus” in the House this year.

Meanwhile, Democrats may well feel that, in any discussions with the Progs about coalition building, they will be operating from a vastly superior position. Despite an embarrassing showing by the party’s gubernatorial candidate, Gaye Symington, Vermont Democrats are in a triumphant mood. Barack Obama won two of every three presidential ballots cast in the state, and helped the Vermont party retain five statewide seats as well as its whopping majority in both houses of the general assembly.

Jake Perkinson, chairman of the Burlington Democratic Party, believes the rationale for a Progressive Party has passed its sell-by date. The Progs may have been on solid political ground in 1981 when they attacked Burlington’s Democratic-controlled City Hall as unresponsive, he said. But now “the Progressives look like they’re stuck,” he went on. “Their caucus of five in the Vermont House makes it difficult to see how they’re going to have influence on how things turn out in Montpelier.”

But the painful losses have hardly discouraged Progressive Party leaders from continuing to market their brand. Dexter Randall said he would prefer to see Progressives maintain their own identity. “A third party helps break up the old boys’ network,” he said. “And it can still be difficult to tell Democrats from Republicans.”

The claim that there’s little to distinguish the two mainstream parties forms the philosophical core of the Progressive movement. It was the argument Bernie Sanders made in his breakthrough race for Burlington mayor in 1981, and he has continued to make it, with varying degrees of emphasis, throughout his subsequent career in the U.S. Congress.

The victory by Ashe, a Progressive city council member in Burlington — along with the party’s hold on the mayor’s office in the state’s largest city — suggests there’s a wellspring of support for left-wing candidates who position themselves at least partly outside the Democratic Party.

Add to that the contention by some Progs that ideological consistency should trump the Democrats’ big-tent, coalition-style politics, and the prospects for unification of the Vermont left seem rather dim.

As Ashe notes, some Dems have shown just as much resistance to fusion as some Progs. “Conservative Democrats are uninterested in fusion,” he said. “That’s natural. There’s nothing in it for them to build bridges.”

Veteran Progressive Anthony Pollina, who ran as an independent and finished ahead of Symington in the governor’s race, complains that the Democrats spurned his offer to discuss running a single candidate against Republican Gov. James Douglas. “Cooperation and coalition-building has to go both ways,” Pollina said. “It remains to be seen if the Democratic Party wants to have those kinds of conversations.”

Pollina added that if he decides to seek statewide office in 2010, he would consider running in the Democratic primary. “It’s been shown that when progressive-minded people work together, they win,” he said.

Perkinson disputes Pollina’s claim that he reached out to Dems. By declining to run in the Democratic gubernatorial primary, Pollina showed he was interested only in making a deal with party leaders and in “going over the heads of the voters,” he said.

Still, Perkinson acknowledges that voters want the two parties to stop feuding and place priority on their many points of agreement. “People are sick and tired of the animosity between Progressives and Democrats,” he said. “It’s obviously not constructive.”

Burlington Ward 1 City Councilor Ed Adrian agrees. Adrian, a Democrat, has announced he will run for mayor of Burlington in March. Hoping to build on Ashe’s success as a “fusion” candidate, he said he will seek the Progressive endorsement if he wins the Democratic nomination.

“There’s a new generation coming onto the political scene that hasn’t been tainted by divisive party politics,” said Adrian, a 38-year-old attorney in the secretary of state’s office. “Tim Ashe is one of those people, and I’m one of those people.”

But Adrian’s bid to win Prog support in the mayoral race rankles State Representative David Zuckerman. Zuckerman, a Progressive re-elected to his Burlington seat last week, retreated from comments he made on election day, when he threatened to encourage Progressives to challenge liberal Democratic incumbents in Burlington’s legislative districts.

But Zuckerman did note that Adrian will be running against a Progressive incumbent, Bob Kiss, who has announced his intention to seek a second term. “To present that as a way of working together would seem to be kind of a stretch,” Zuckerman said.

Zuckerman suggested that it may be several years before anyone can draw conclusions about the viability of a fusion approach. Ashe’s victory was just the beginning, he said, and a small part of what he and the party will need to accomplish. “The question is how warmly he’ll be embraced by Democrats in the state house when he calls them on moving away from progressive values,” he said.

Ashe, who maintains hope that his victory will create momentum for a strong Prog-Dem coalition, agreed that the best approach may be to allow the bitterness of 2008 to dissipate before there’s any more talk of the future.

“Everybody should now close their mouths, take a deep breath and think about what happened in this election,” he advised. “Now is the time to rejoice in Obama’s victory, not to say that the Progressive Party should disappear or to threaten to go after every Democrat. We can have positive conversations if we wait until emotions aren’t so raw.”