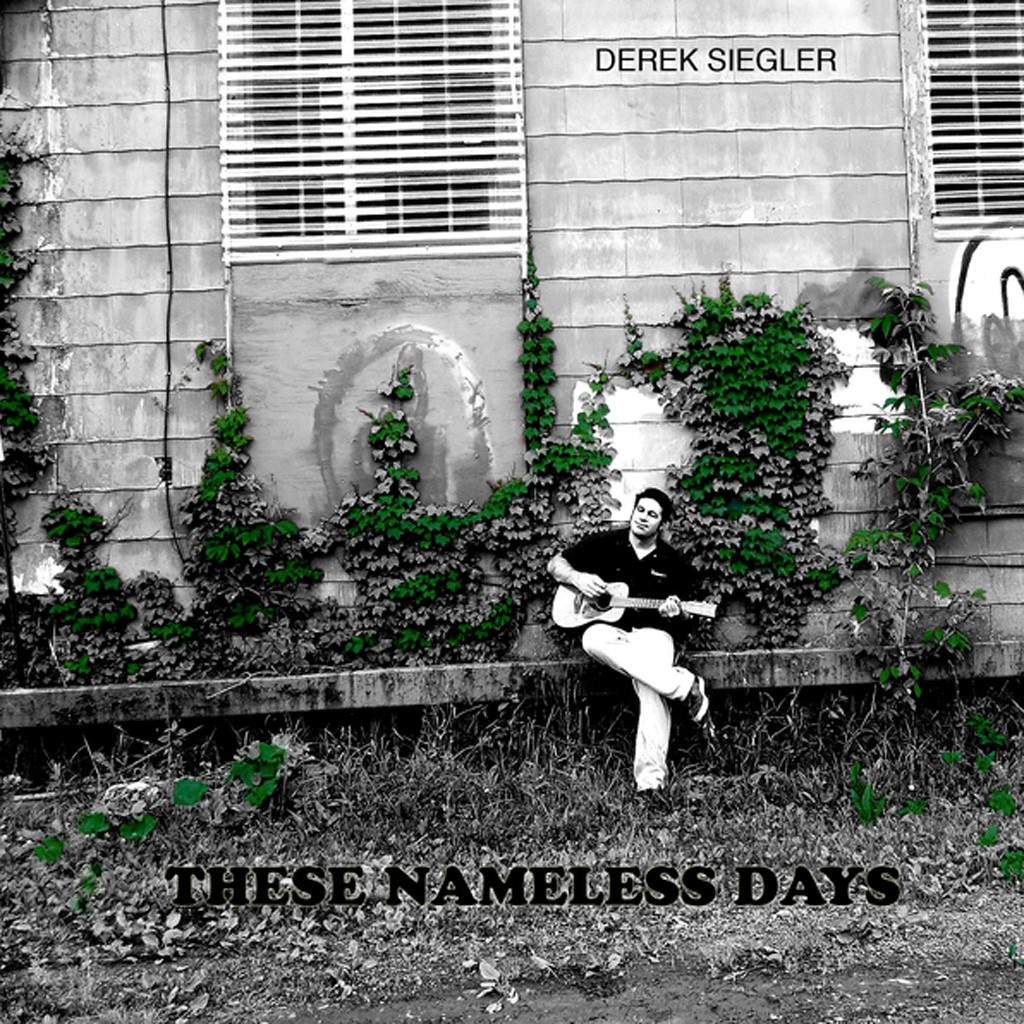 Songwriter Derek Siegler is best known as the front man for local rockers Dr. Green. With that group, the singer inhabits something of a throwback persona. Though not simplistic, Dr. Green's music harks back to a simpler era of rock, divesting songs that rely on raw riffs and equally raw emotion. Their music has little use for unpacking complicated bullshit like "feelings," preferring instead to emote with sneer and swagger. Given the preponderance of artists who mistakenly equate confessional, navel-gazing exposition with artistic profundity, Dr. Green's lean, no-frills approach to rock is refreshing, if not exactly reassuring for those in need of a hug.

But Siegler, it seems, has a softer side, too. On his most recent solo effort, These Nameless Days, released last year, he indulges it, at least a little. The result is a hearty — and often heartfelt — collection of tunes that, while emotionally forthright, never gets weighted down by maudlin sentimentality or melancholy.

Album opener "Dust" sets the tone. A gently chugging acoustic progression lays the foundation, spurred by a spare but insistent backbeat and decorated with a meandering lead lick. Over this, Siegler sings with a gruff baritone. His is not a pretty voice. But the frankness of his tone, which at times bears faint whispers of Pearl Jam's Eddie Vedder, lends his delivery a conversational quality.

This is matched by a direct approach to lyricism that, while never flowery, is nonetheless efficient and effective. "Time, well it rolls. / Where it's going, nobody ever knows, " he sings. "You can feel it in your bones. / Yes, it's beginning to show. / Tomorrow's already here, but then it's gone."

Siegler isn't exactly reinventing the wheel here. But a simple and familiar honesty in his musing makes these tunes easily accessible. Siegler doesn't make his listener work to parse hidden meaning. He just lays it out there.

There are moments, however, when Siegler's directness is blunt to the point of being ham-fisted. The searching "Who Am I These Days" is a predictable rumination on identity. "Whole World Blues" is a wishy-washy lament on social injustice and personal struggle that has the insight of a bumper sticker on a Prius.

But more often than not, Siegler hits his mark. And in those instances he appears to do so almost effortlessly. "Same Ol' Used to Be" is a winsome, cleverly crafted pastiche about the challenges, and comforts, of sameness. The rambling "Hundred Lovers" is a cheeky, salacious treatise on — and tally of — romantic follies. "Satisfaction Guaranteed" is a bluesy, muscular romp laced with ringing guitars and biting lyrics.

These Nameless Days proves to be a sturdy effort on which, for the most part, Siegler strikes a balance between confessional exposition and pointed storytelling. He rarely gets too bound up by his personal problems. Instead, he finds a relatable common ground through plainspoken writing and accessible melodies that invite the listener in. It's less like an overwrought embrace than a commiserating arm around the shoulders.

These Nameless Days by Derek Siegler is available at dereksiegler.com.