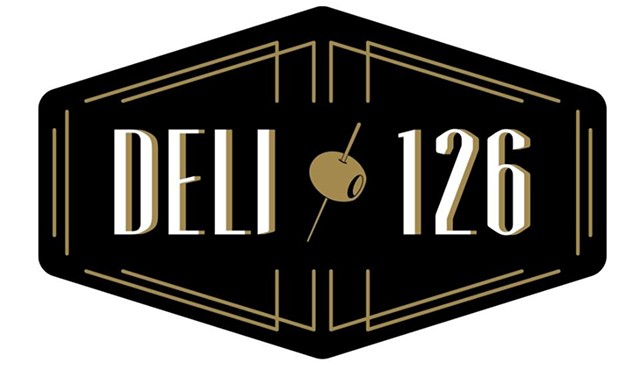 A New York-style deli with an attached 1920s-style speakeasy is scheduled to open next week at 126 College Street in Burlington. The two-part business, called Deli 126, will take over the space previously occupied by Vin Bar & Shop.

The wine bar has been transformed into a two-room bar/lounge, with furnishings in black and plush red. The back room of the speakeasy, formerly a wine classroom, is now equipped with small tables, clusters of chairs and a stage for live music three nights a week. The onetime wine shop on the west side of the space will house a deli offering hot and cold sandwiches and salads. Patrons will be able to eat food from the deli counter in the bar.

Jacob Shane, former owner of Burlington's Henry Street Deli, owns the business and will run the food side of the operation. Emily Morton, the bar's general manager, was most recently a bartender at Waterworks Food + Drink in Winooski.

Morton, who's creating the cocktail menu, is outfitting the bar with vintage glassware from local antique shops. The cocktail program will highlight spirits popular before the 1930s — in particular: brandy, sherry and port. The bar will offer flights "so people can learn about these spirits," Morton said. In addition, she's planning a full cocktail program with fresh juices and syrups, as well as housemade triple sec, spiced rum, Kahlua and Irish cream.

"The plan is to have a loungy vibe where you can still have a conversation but enjoy live music," Morton said.

Morton said she expects the deli to open on April 4, coinciding with a soft opening for the bar; a grand opening will take place the following weekend. Check social media for exact dates and more details.