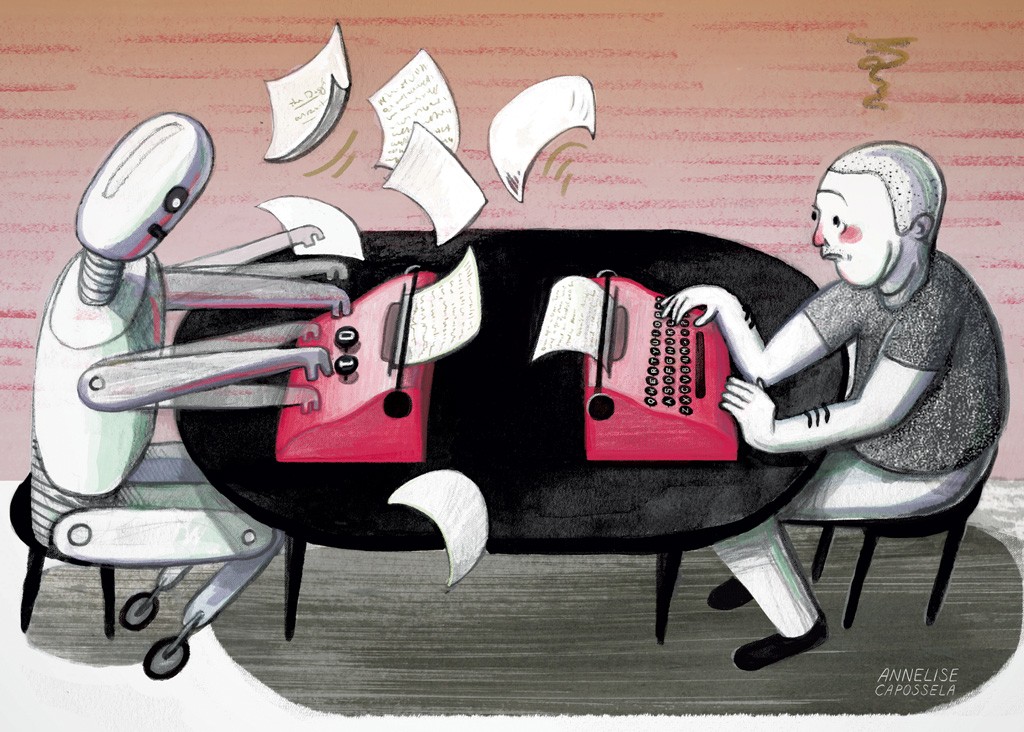 Dartmouth College has issued a call to artists, but it's as likely to appeal to mathematicians, software developers and artificial-intelligence researchers as it is to poets and musicians. The ideal entrants may need strengths in both the former and latter categories.

Dartmouth's William H. Neukom Institute for Computational Science has announced three competitions for the creators of computer software that aim to generate sonnets, short stories or dance-music mixes indistinguishable from those created by humans.

The first annual Neukom Institute Prizes in Computational Arts are based on the "Turing test," the classic assessment of a machine's capacity to exhibit behavior equivalent to, or indistinguishable from, that of humans. Devised in 1950 by British computer scientist Alan Turing and featured prominently in the recent film Ex Machina, the test involves a conversation between a human and a machine capable of generating humanlike responses. The machine "passes" the test if a human listener cannot determine whether the responses come from a human or an artificial intelligence.

The Neukom Institute's Turing Tests in Creativity, which will be held throughout the 2015-16 academic year, comprise three separate challenges. The DigiLit competition seeks algorithms capable of producing "'human-level' short stories of the kind that might be intended for a short story collection produced in a well-regarded MFA program or a piece for the New Yorker," according to the website.

For PoetiX, programmers will submit software that can generate sonnets in the traditional Shakespearean or Petrarchan styles. AlgoRhythms is a Turing test of live DJing for software capable of generating danceable song mixes.

Entrants in the two writing competitions can win $5,000 each for the sonnet or story that scores highest on the Turing test, and $3,000 for the best computer-generated work judged against its peers. In the dance-mix contest, six finalists will compete live for a $3,000 prize by spinning tunes head-to-head against human disc jockeys. Both the humans and the AIs will draw from a list of 1,000 tracks released just before the competition begins, and audience members won't know whether the mix they're hearing is human- or software-generated.

The competitions are the brainchild of Dan Rockmore, professor of math and computer science, director of the Neukom Institute and an occasional contributor to the New Yorker. He got the idea during a spinning class in New York City. Rockmore had long wondered whether the tunes played in his classes were selected using algorithms designed to maximize the workout, he recalls — and was surprised to learn they weren't.

"I almost couldn't believe people hadn't done this already," Rockmore says. "But the human is still in the loop, at least in the Flywheel classes in New York City."

The practice of mixing art and technology to elicit specific behavioral or emotional responses is nothing new. Muzak, the original background music company, was created in the 1920s, in part to increase worker productivity and make shoppers more inclined to linger in stores.

In 1963, computer scientist, inventor and futurist Ray Kurzweil, then a 15-year-old tinkerer, wrote a software program that analyzed classical music pieces and generated its own songs in similar styles. Today, online music services such as Pandora employ similar technologies, sometimes referred to as "music information retrieval."

Will creative types find the Turing competitions threatening to their livelihood? Rockmore doesn't think so. As he points out, technology has a long history of influencing the arts, and vice versa. And, while plenty of Hollywood movies still depict AI as threatening to humans, he's not sure that people in 2015 actually feel menaced by machines.

"We're so immersed in technology these days that most people who say they feel threatened by it might just be paying [that fear] lip service," he suggests. "I suppose I could spin up a real dystopian science-fiction story that's based on someone winning one of these competitions, but I don't really see that as a likely outcome."

Indeed, Rockmore says that one of the most interesting aspects of the Turing tests is the questions and conversations they are bound to generate. Among them: What is this thing called "art," and why do we respond to it in a certain way? Could a machine provoke a similar response? What does it mean to our humanity if it does?

The competition inspires another question from a technical standpoint: Will competitors need to build in certain imperfections to make their machine-generated sonnets, songs and stories feel "human"? As author Malcolm Gladwell explains in his 2005 best seller Blink: The Power of Thinking Without Thinking, people have an uncanny ability to spot a forgery, even when they can't specify what makes it a fake. Rockmore doesn't see that as a problem, though: "I don't know how a short story could be too perfect."

"Suppose you couldn't tell the difference, and then I told you which one was generated by the machine," he says. "Would you like it any less?"

To learn more about entering the Turing Tests in Creativity competition, join the email list at math.dartmouth.edu/~turingtests.