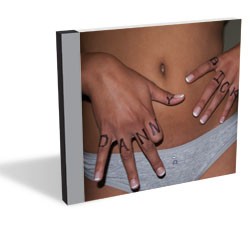 If you had to guess where the most innovative, West Coast-influenced hip-hop in Vermont resided, you’d probably point to the state’s own left coast and the increasingly varied hip-hop scene emerging in Burlington. And you would be wrong. As the self-titled debut EP from Danny Bick reveals, the G-funk era lives on in … Montpelier?

If the capital city seems an unlikely spot for that particular brand of laid-back hip-hop to exist, well, it is. Though local hip-hop is certainly alive and well in the shadow of the Golden Dome — thank you, Mr. Yee and Tank — it generally bears more of an East Coast vibe. But, born in San José, Bick comes by his Cali roots honestly. And rather than disingenuously ape the chest-thumping gangsta lean of Snoop Dogg and Dr. Dre, Bick infuses his music with wry self-deprecation, favoring winking turns of phrase about diabetic girlfriends and waiting tables rather than Glock-waving braggadocio.

Bick is often irreverent and humorous, though not to the overt degree of, say, Das Racist. But his steady, rhythmically restrained flow frames his unique observations with a deceptive heaviness — as on “No Landlord.” Don’t be fooled. While there’s an undercurrent of genuine angst and disillusionment throughout the EP, Bick uses it to his advantage, illustrating absurdities and foibles in his own life almost like a good standup comedian. Inventive beats courtesy of Brooklyn-based producer Quarters bolster that cunning approach with a blend of West Coast bounce and gritty Southern grind.

The lead track, “Necklace,” is where we meet the aforementioned diabetic girlfriend. “My girl’s a Type-1 diabetic,” he explains with a sleepy, sub-melodic flow. “When her body wants sugar she’s gonna die if she don’t get it.” Whether his girl actually has diabetes is unclear — and irrelevant. Bick cleverly uses the disease as an allegory for materialism masquerading as love.

“Don’t Worry About Me” is the EP’s centerpiece and features Bick’s most pop-friendly beats and lyrical flow. Here, he dishes on the vagaries of his day job and trying to convince his friends and family that he is doing something with his life beyond slinging eggs Benedict at a diner. It’s amusing, poignant and oddly touching — especially if you’ve ever been stuck in a shit job, praying for a dream to come in. So here’s a thought: Just play ’em the EP, Danny. They’ll get it.

Danny Bick play two shows this Saturday, December 10: an early gig at Red Square in Burlington with Montpelier’s Champagne Dynasty and, later, back home at Charlie O’s for a hip-hop showcase with Mr. Yee.