Side Dishes: Elements, sushi and Fry, oh my! 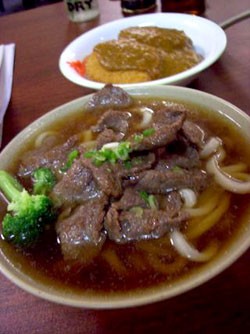 Fans of Elements in St. Johnsbury had a scare recently after catching sight of the restaurant in a local real estate flyer. Never fear, says co-owner Keith Chamberlain. Though he confirms that the contemporary American eatery “has been quietly on the market for two years now,” Chamberlain assures that the team — which also includes his wife, Florence, and Kate and Martin Bertolini — wants to pass it on rather than close it.

For three of its four owners, Chamberlain points out, the restaurant is a second job — and a busy one (he is still booking parties as far as a year in advance). Chamberlain hopes Elements’ new owners will have more time to devote to expanding the business, which could mean following through on his plans to sell prepared food and Chef Ryan O’Malley’s sourdough, and to build the weekend nightclub scene.

Sharp-eyed drivers passing Taft Corners in Williston may have noticed a sign for Sushido where Sakura Sushi & Kitchen once was. Don’t worry. You can still get pork katsu curry and udon soup with Korean beef. In fact, you can get everything on Sakura’s menu — the only thing different is the name, says Ron Takahashi, general manager of Sakura of Japan, Inc., the company that also owns Sakura Bana Japanese Restaurant in Burlington.

According to Takahashi, the new name, which means “carryout style” in Japanese, is intended to let customers know Sushido is a casual place to chow on or take out fresh fish. Takahashi says he hopes the change will encourage people to give Sushido’s grab-and-go sushi case a try, as well as sampling both traditional and novel rolls made to order.

British actor Stephen Fry has played a wealth of roles, from the narrator of the Harry Potter films to Oscar Wilde to a master of bawdy improv on the original version of “Whose Line Is It Anyway?” Now he has a new one on his résumé: Vermont ice cream maker.

Last year the actor spent the day in Waterbury developing his own flavor at the Ben & Jerry’s factory for “Stephen Fry in America,” a program that premieres on VPT on November 3 at 9 p.m. According to Ben & Jerry’s grand poobah of PR Sean Greenwood, “Stephen brought a touch of sophistication to our Vermont way of business.” To catch Fry mixing up a batch of vanilla ice cream with chocolate cows, walnuts and a fudge swirl, look for reairings of the episode on November 15 at 5 and 11 p.m.