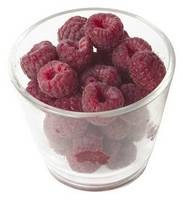 • Like your liqueur local? Flag Hill Farm, maker of Vermont Hard Cyder, churns out some harder stuff as well. Unlike its cider, which is sold at area co-ops, the company's apple and pear brandies, in the sparkling clear eau-du-vie style, are sold only at liquor stores. "We grow all our own apples," boasts co-owner Sebastian Lousada. "Some we use for cider, some we use for brandy." Although they grow pears, too, the supply isn't up to their demand. Luckily, The Miller Farm in Dummerston, which has been in the same family since before Vermont became a state, has pear juice to spare. Lousada admits that the fruity fermented stuff, at $15 to $20 a bottle, is a niche product, but "people like how it looks, so it makes a great gift," he suggests. For cooking or for drinking, the apple version can be subbed for Calvados, the pear for Poire Williams.

• Batter up. On Sunday, July 29, during the Barre Homecoming Days, L.A.C.E. and the Barre Partnership will be teaming up for the first annual Barre Waffle-Off. The way Matt Lash of the Barre Partnership tells it, L.A.C.E's Ben Powell, official waffle maker and Ariel Zevon's husband, came up with the idea after a bunch of customers began giving him unsolicited waffle-making advice. The competition will be king-of-the-mountain-style, with Powell manning one waffle iron and his opponent another. The winner will compete against the next aspiring waffle king, and so on, until a victor is crowned. The contents of the prize package are yet to be determined. Breakfast with Jackson Browne? The competition will be free and open to the public. Just bring your own batter.

• Fine dining in East Johnson. No it's not an oxymoron. The new Winding Brook Bistro, owned by Chef Chase Vanderveer, opened its doors in May. Vanderveer, who apprenticed under a French chef and did stints at The Belfry and The Black Lantern, both in the Montgomery area, describes the food at Winding Brook as "casual fine dining" with French and Italian influences.

• Chef Frank Pace, formerly of Nicco's Cucina and Smokejacks, now owns a catering company, Pace Catering, with girlfriend Marnie Long. "We're a full-service operation," Pace explains. "It's all fine dining using local food." The localvore has a day job, too. He's the assistant produce manager at the Shelburne Supermarket, where he "deals directly with farmers," such as the ones from Stony Loam, Rockville Market Farm and Brigante's.

• You can get an education while eating as part of the ongoing "Thursdays at the Intervale" series. This week it starts with a lecture from 5:30 to 6 p.m. on community stewardship from Local First Vermont. Dinner follows, with accompaniment by alt-country act The Calamity James. Don't wanna pack a picnic? You can buy American Flatbread and Rookie's Rootbeer on site.

• Berry out, berry in. Although strawberry season is officially over, fruit lovers have no reason to fret. According to Bill Suhr of Champlain Orchards, raspberries will be ripe by July 8. That's Sunday.

• Sneakers is no longer the only morning meal in Winooski. The Blue Star Café now offers brunch every day of the week, beginning at 9 a.m.